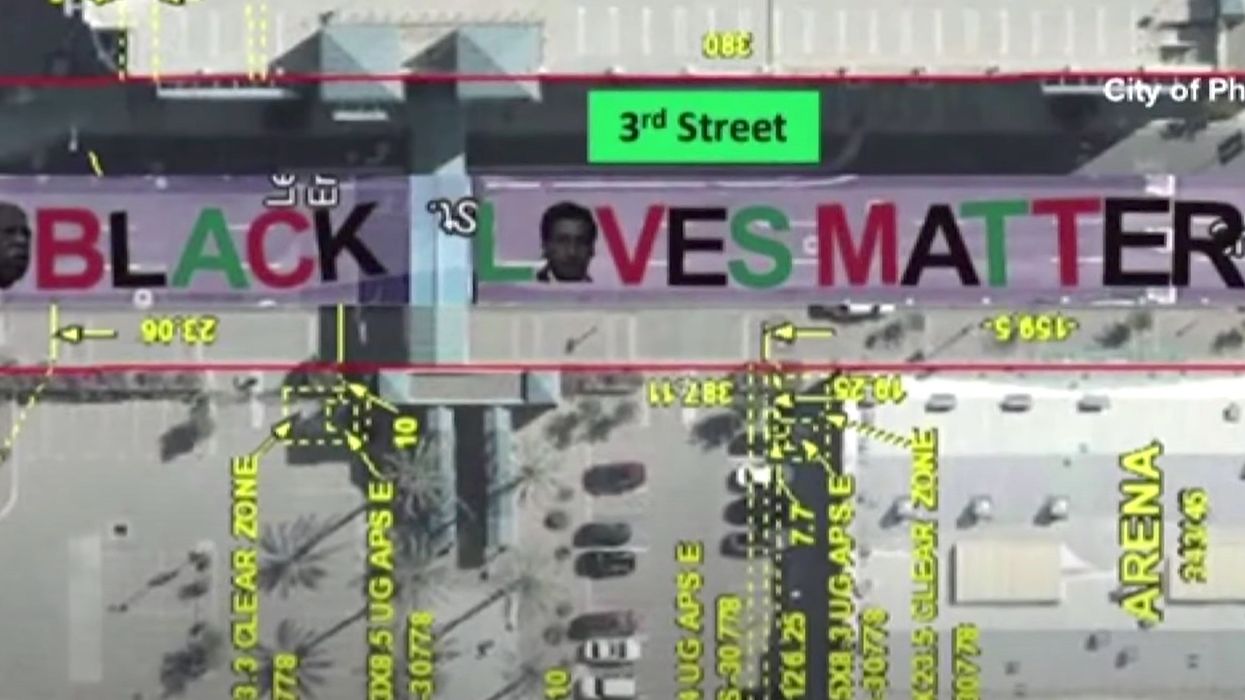 The city of Phoenix was considering allowing a Black Lives Matter mural to be painted, until they received a request for a massive pro-police mural too, and instead denied them both.

BLM activist Gizette Knight, who helped design the mural, is upset that the mural was denied, and organized a media briefing on Monday to pressure the city to reconsider the decision.

Gizette Knight, organizer behind the Black Lives Matter Street Mural iniative that was stopped by the Streets Dept.… https://t.co/VCMCipjhim

Two protesters appeared to signal their disapproval of the BLM mural proposal.

“What is important to note is that throughout my correspondence with either the mayor’s office or with her administration, no one expressed to me verbally, electrically, or in writing, that non-standard markings on city streets are not allowed or present safety concerns,” Knight said at the briefing.

The mural design would include the visages of civil rights leaders Dr. Martin Luther King Jr., César Chávez and John Lewis. Knight collected 2,500 signatures in support for her mural.

The denial came after the city received a similar request for a mural from Mark Spencer of Judicial Watch. Spencer, who is also a former president of the Phoenix Law Enforcement Association, requested a mural to read, “No one is above the law,” painted in front of the Phoenix Police Department headquarters in downtown Phoenix.

The city denied both requests and told Knight that they did so because of safety considerations.

Knight said her group is preparing to sue Phoenix, and implied that the denial was motivated by racism.

“Every time Black people go to do something down here, we face adversity,” she said, according to the Arizona Republic.

She said that the City Council should take a vote on whether to allow her mural and points to an LGBT crosswalk as precedence for the vote.

Here’s a local news report about the mural feud:

Black journalist calls BLM a ‘Criminal$ Justice Movement’ that is nothing more than a ‘cash grab’ for athletes, Democrats, and media

Remember the little boy who got pepper-sprayed at an anti-police protest while with his dad? Watchdog group finds incident wasn’t intentional.

Edtech investors are panning for gold