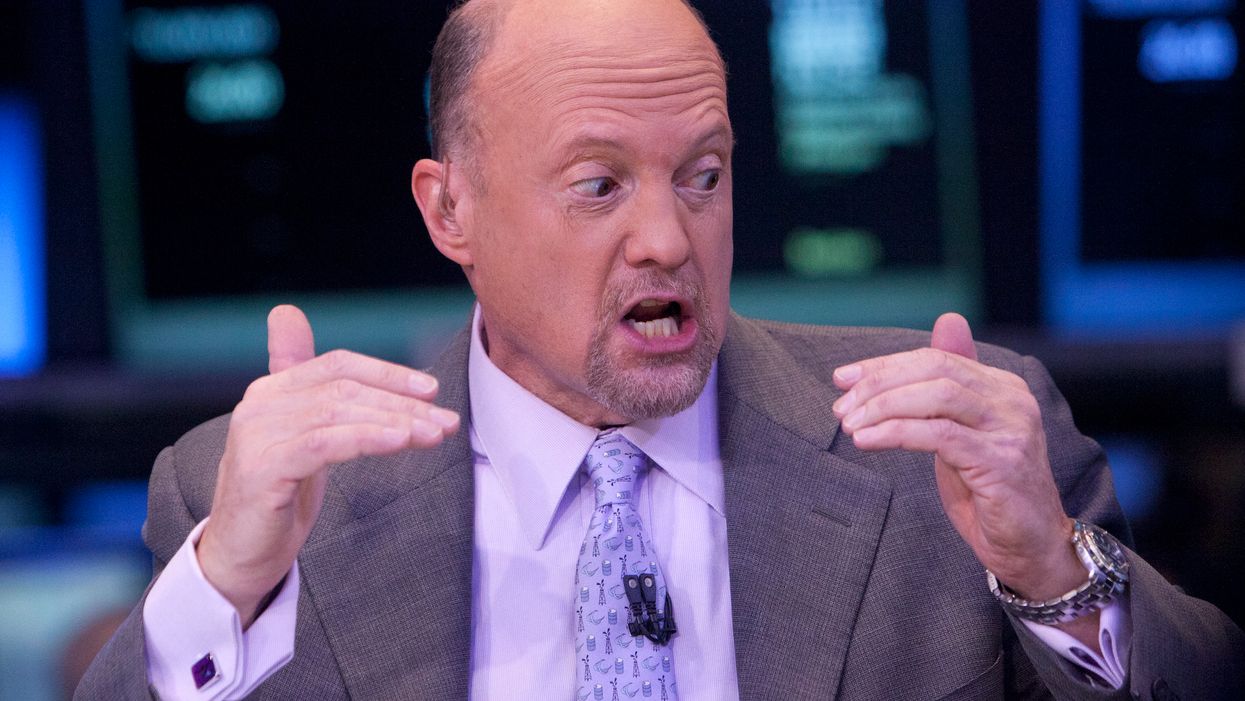 CNBC host Jim Cramer apologized after online outrage over his use of the president’s insult, “Crazy Nancy,” during an interview with the Democratic leader on Tuesday.

“What deal can we have, Crazy Nancy? I’m sorry, that was the president. I have such reverence for the office. I would never use that term,” Cramer said.

“Oh c’mon, you know what I mean,” replied Cramer.

Cramer reiterated that he had been joking at the end of the interview.

“You know I was being facetious when I used the term involving you,” Cramer said. “I respect you. Anyone who gives their life to public service and is speaker of the House should not be called that name. I don’t even want to use it again.”

Video of the exchange was circulated widely on social media.

Jim Cramer: “What deal can we have, Crazy Nancy? I’m sorry, that was the president. I have such reverence for the o… https://t.co/Msj5ljgANH

‘Needs to be suspended immediately’

Critics of Cramer, including several prominent Democrats, called for his resignation or censure following the comments.

“What gives Jim Cramer, a news commentator, the right to call Speaker Pelosi ‘Crazy Nancy’?! And then he tries to apologize by saying the President calls her that. HE called her that pejorative name. HE needs to be suspended immediately, if not fired outright,” demanded Rep. Jackie Speier (D-Calif.).

“When he condescendingly says ‘you know what I mean’ after insulting her – he’s every dude who says something horrible and sexist and then goes ‘you know I was just joking,'” tweeted former Congresswoman Katie Hill, who resigned after a controversy involving her “throuple” relationship.

Cramer lamented on Twitter that he was getting grief over something that the president had said many times.

you know what i love? the president goes unchecked, calls her Crazy forever. I call it as as horrible and i am call… https://t.co/QpuzspwElr

“I call it as as horrible and i am called out for doing so here. What a travesty,” he added.

Later on his show, “Mad Money,” Cramer apologized and explained why he used the phrase.

Jim Cramer’s apology: “I made a very stupid comment. It was a tongue-in-cheek attempt to make a point about the har… https://t.co/1PjIKiXcVg

“It was a tongue-in-cheek attempt to make a point about the harsh tone of the negotiations in Washington but it fell completely flat and I apologize for that,” he said.

Here’s more about the incident: