'Harris administration?' Biden and Harris both slip up in public about who is in charge
Skip to content
PoliticalHEDGE

‘Harris administration?’ Biden and Harris both slip up in public about who is in charge 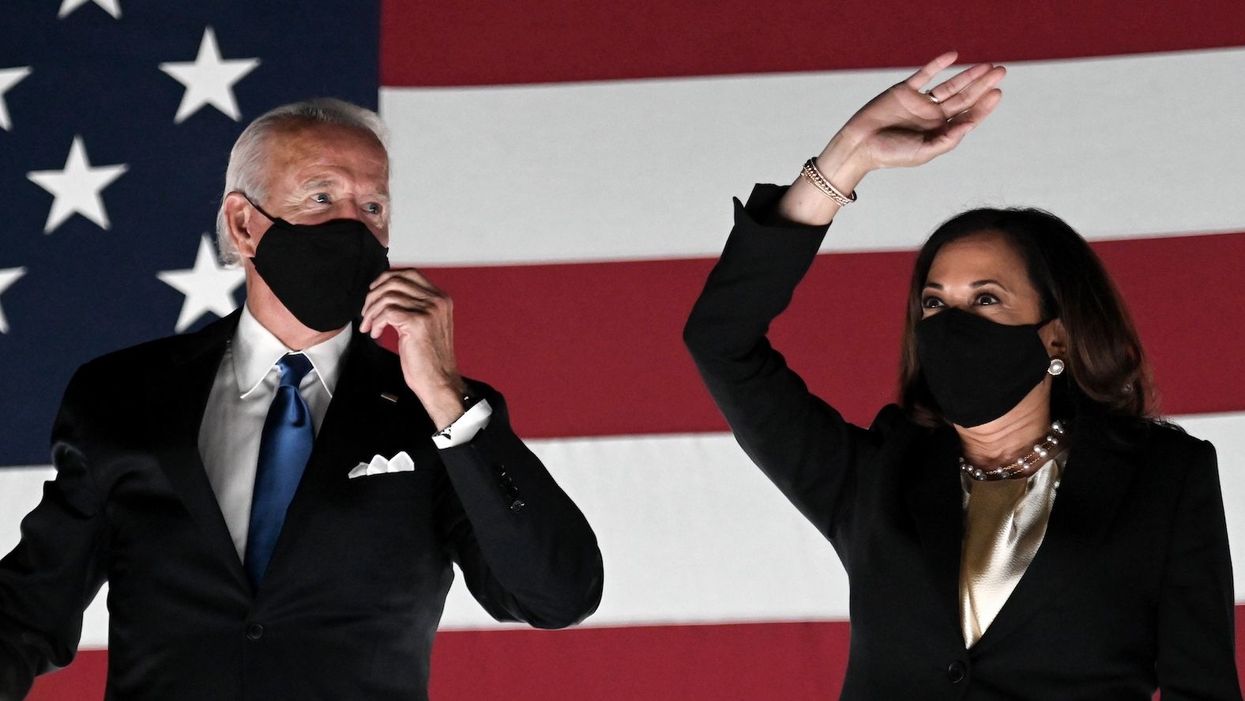 Democratic presidential nominee Joe Biden and his running mate, Sen. Kamala Harris (D-Calif.), both had public slipups in which they spoke as if Harris was the one running for president, not Biden.

The remarks gained significant attention online due to longstanding speculation about Biden’s mental fitness to be president and a belief in the possibility that Harris, who ran for president this cycle as well, might have more influence than a typical vice president if Biden is elected.

Monday, Harris referred to a “Harris administration” during a virtual roundtable with small business owners in Arizona. From Fox News:

However, the California senator appeared to briefly suggest that she was at the top of the Democratic ticket.

“A Harris administration, together with Joe Biden as the president of the United States,” she said. She quickly clarified, “The Biden-Harris administration will provide access to $100 billion in low-interest loans and investments from minority business owners.”

“A Harris administration together with Joe Biden…”

Tuesday, Biden put his running mate’s name at the top of the ticket during a campaign event in Tampa, Florida.

“It makes it so much harder for military spouses to find good jobs and build their careers. That has to change,” Biden said. “A Harris-Biden administration is going to relaunch that effort and keep pushing further to make it easier for military spouses and veterans to find meaningful careers to ensure teachers know how to support military children in their classrooms and to improve support for caregivers and survivors so much more than we do now.”

President Donald Trump has persistently questioned Biden’s potential authority as president, saying that Biden is simply being used as a “Trojan horse” for a radical far-left agenda that Biden himself doesn’t necessarily even support.

Biden’s public appearances have been heavily scripted and controlled, perhaps increasingly so in recent weeks. Biden rarely takes questions, and there has been evidence that during live television interviews Biden is relying on a teleprompter to get by—and even then, he doesn’t always relay the message clearly.

“We are not going to — this is straight from the Trump campaign talking points,” Ducklo said.

Biden has been heard reading guiding notes such as “top-line message” and “end of quote” while answering questions during TV interviews. When left on his own, Biden has struggled with recalling facts ranging from the number of U.S. military personnel that have died from COVID-19 to the number of grandchildren he has.