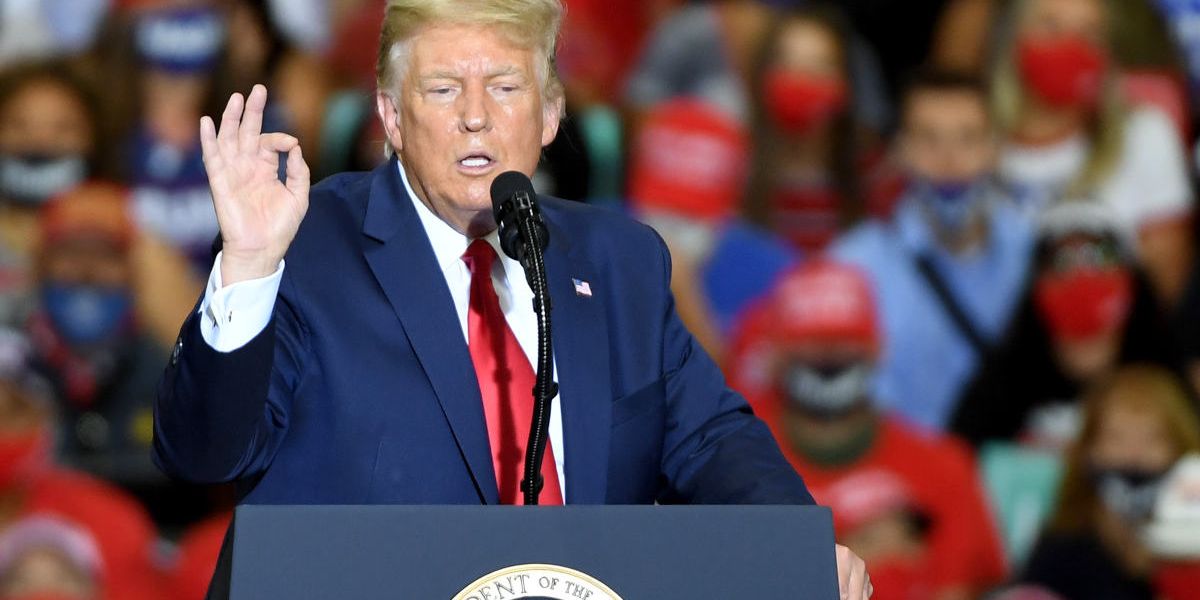 Ahead of the first official presidential debate in Cleveland, Ohio, on Sept. 29, President Donald Trump suggested Tuesday he is not intensely preparing for the debate, saying he is “sort of” preparing to face Democratic nominee Joe Biden, whom Trump called “mentally lost.”

In an interview on Fox News, the president was asked about his preparation strategy for the upcoming debate, which will be moderated by Fox News anchor Chris Wallace. Fox News host Ainsley Earhardt asked Trump if he has memorized Biden’s voting record in the U.S. Senate or held mock debates with members of his staff.

“I sort of prepare every day, by just doing what I’m doing,” the president said, noting his travel across the country for the campaign.

“I’ve been all over the place, and I watch [Biden] sitting home, and I say, maybe I’m doing it wrong.”

Asked what the greatest challenge would be heading into the debate, Trump said he’s not sure how Biden will perform.

“I don’t know which Biden is going to show up, because I watched him during the debates, when they had 20 people on the stage … and I watched him and he was a disaster,” Trump said, referring to Biden’s debate performance in the Democratic primary. “You don’t get worse. He was grossly incompetent.”

According to a recent report from NBC News, the president has eschewed traditional debate preparations, declining to hold mock debates or practice sessions with aides and confidently asserting that his natural ability to debate doesn’t require practice.

“It’s not the traditional, ‘we need Chris Christie to fill in and play Hillary Clinton’ like we did four years ago,” a source reportedly familiar with the president’s strategy told NBC News. Instead of rehearsing scripted one-liners, President Trump reportedly plans to use a few talking points but doesn’t want to be told what to say.

“I think if you ask the president, he would say that he is preparing for debates by running the country, as president,” Trump campaign communications director Tim Murtaugh told NBC News. “I think the way that he sets himself apart from Joe Biden is to talk about his record.”

For his part, Biden has publicly expressed an eagerness to face Trump, telling ABC News’ David Muir in late August, “I can hardly wait.” Biden has also said he plans to be a “fact checker” against Trump and told donors at a fundraiser, “I hope I don’t take the bait” on the debate stage.

“I hope I don’t get baited into a brawl with this guy, because that’s the only place he’s comfortable,” Biden said.

Expect Trump to instigate exactly the kind of brawl Biden wants to avoid, particularly over Biden’s mental acuity. Recently, the president has, without evidence, accused Biden of taking performance-enhancing drugs during the Democratic primary debates. Trump has also called for each candidate to take drug tests before debating.

Trump repeated this claim on Fox, suggesting Biden did “that kind of stuff” before his debate with Vermont Sen. Bernie Sanders.

“What did he do? What happened to him all of a sudden? Because he was OK, and Bernie was OK, it was an extraordinarily boring debate, but he got through it,” Trump said. “And I said, what’s the difference between now and some of those classic moments in the other debates, and something was strange in my opinion.”

“I’ve seen him in the debate with the other people, including Kamala, and nobody treated him worse than Kamala, he picked Kamala and nobody treated him worse, called him a racist … and Kamala has her own problems, I mean, she went from 15 down to nothing, she dropped out before they got to Iowa. I think she’s not a good choice, compared to Mike Pence, who’s been a great vice president,” he said.

“Joe is lost, Joe is lost. We can’t have a president that’s mentally lost,” Trump said.

The Biden campaign has denied the accusations that the former vice president used performance-enhancing drugs during any of the Democratic primary debates.

Alyssa Milano’s family calls 911 on a teenager hunting squirrels with an air gun. Now she’s lashing out at ‘rightwing media.’

I Was Just Denied Clemency in the State of Florida. I'm One of Many People With Past Convictions Living Without My Full Civil Rights

I Was Just Denied Clemency in the State of Florida. I'm One of Many People With Past Convictions Living Without My Full Civil Rights