Tunneling Under The Media’s Berlin Wall Of Truth Suppression

Tunneling Under The Media’s Berlin Wall Of Truth Suppression

Authored by Frank Miele via RealClearPolitics.com,

You would think that with the miracle of modern technology and the insistence on transparency in government affairs, it would be possible for both the American people and the American president to share the same baseline on certain important facts. 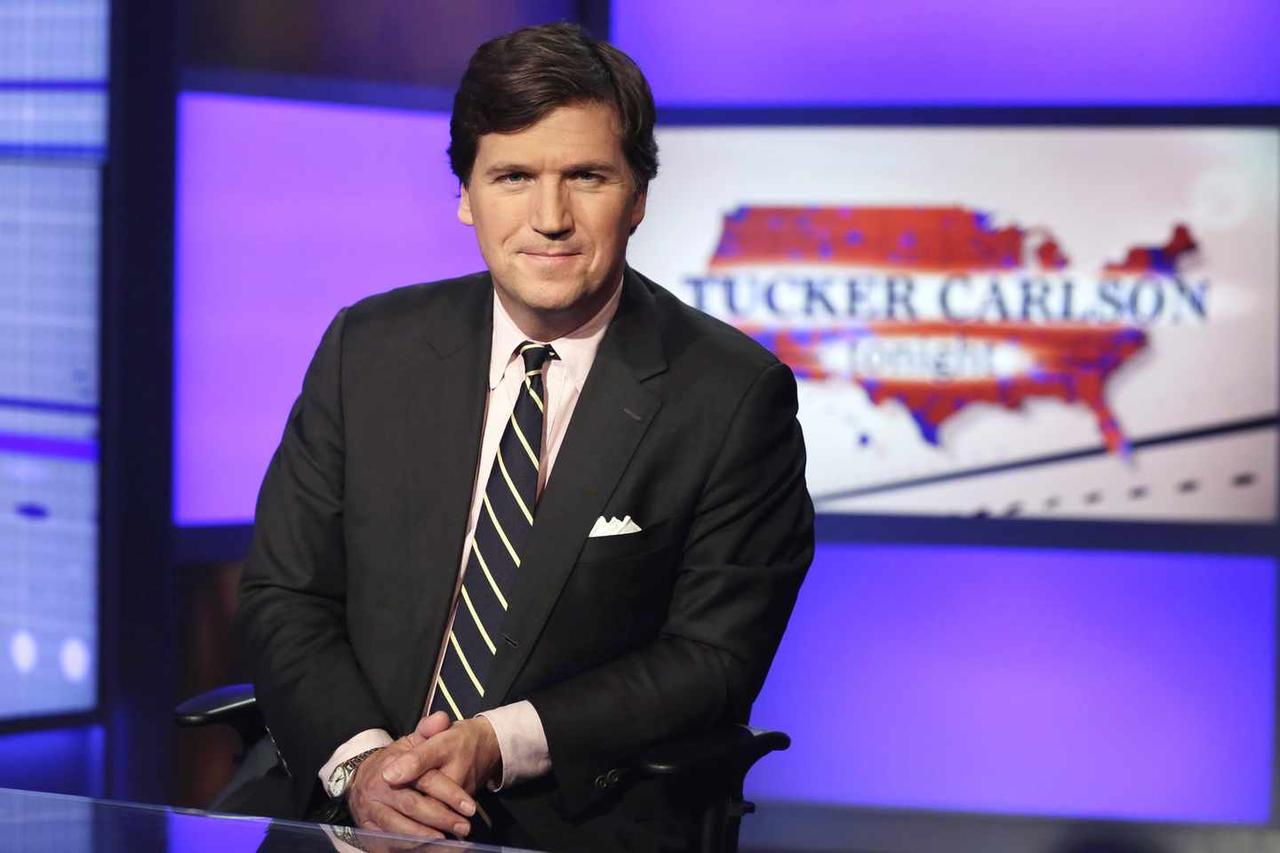 Unfortunately, that doesn’t take account of the role of the mainstream media as the self-appointed protectors of the people. The press can promote any agenda they choose and destroy any person who gets out of line. Needless to say, Donald Trump gets “out of line” every day — he marches to the beat of his own drummer, as Thoreau said, and the press can’t stand it. So they engage in a near constant attack to destroy him and his presidency.

Jeffrey Goldberg’s reliance on unverified anonymous sources for his Atlantic hit piece accusing the president of being disdainful of slain American soldiers by calling them “losers” and “suckers” is a typical tactic. The media exploit and exacerbate public misperceptions of Trump that they themselves planted in the first place. Did Trump call John McCain a loser? Undoubtedly. Has he ridiculed the generals who have gotten us into forever wars that have cost the lives of thousands of American soldiers? Yes, frequently. But is there any evidence he said the things Goldberg alleges? Yeah, the testimony of five sources so brave they won’t go on the record with their complaints — claims that have been refuted by 19 real people with real names who were actually with the president in France when the alleged incidents occurred.

Of course, the media don’t stop with the initial hit job. Without missing a beat, they use the refuted stories by Goldberg and others to create the illusion that there is a united front of opposition to Trump. Showing interviews with random soldiers or veterans saying they are not “losers” promotes a “party line” version of the truth that is intended to shame the administration, and especially weak-kneed Republican senators, into bowing to the far-left agenda. But it is not news, and it is not fair.

The New York Times, NBC, and the rest of the major media have taken it upon themselves to adopt the role of the guardians of orthodoxy. Their goal is to create the illusion that mainstream America hates Trump just as much as the media does. That requires amplifying any story that attacks Trump and ignoring those that benefit him. This has been going on for five years now. You’ve seen the numbers. More than 90% of all news coverage about Donald Trump is negative. Satan gets more respect.

As a journalist, I have no problem condemning the repressive and manipulative tactics of the Washington press corps, but the good news is there are ways around their attempts to suppress the truth. First of all, there is social media. That’s why Trump loves Twitter. He can tell his own story, and he does, but of course the media vultures circling his Twitter feed every day eagerly pounce on any typo, misspelling, or politically incorrect pronouncement. Typically, more people will hear the media’s denunciation of the president’s tweets than will read the originals and decide for themselves. Again, it’s evidence of how news reporters see themselves as the wall between the people and the president.

The only other broad avenue for the people to get unbiased information is from a few news shows that don’t toe the liberal line — most notably “Tucker Carlson Tonight” on Fox News. Since the riots began at the end of May, Carlson has taken it upon himself to expose the corruption of not just the media but the liberal elected establishment that has implicitly endorsed violence, racism, and disorder in the name of what is perversely called social justice. I’ve called Carlson a modern-day Cassandra because his clear-eyed assessment of the danger America faces has been met with scorn, denial and derision. But name-calling, advertising boycotts, and continued threats of violence against him and his family have not deterred Carlson from his declared mission to be “the sworn enemy of lying, pomposity, smugness and groupthink.”

In that regard, Carlson has long used his show to ferret out information hidden in the bowels of government and get it to the people — bypassing the media guards who increasingly see it as their sworn role to restrict the free exchange of ideas. On Carlson’s Sept. 1 show, author Chris Rufo discussed his research into how critical race theory has infiltrated the federal government. I was shocked by just how bad the situation is, something we would never learn from CNN or MSNBC.

“What I have discovered is that critical race theory has become, in essence, the default ideology of the federal bureaucracy and is now being weaponized against the American people.”

He gave three examples of what he called “cult indoctrination.” For instance, he told of a trainer who “told Treasury [Department] employees essentially that America was a fundamentally white supremacist country and … ‘virtually all white people uphold the system of racism and white superiority.’”

When Rufo explicitly urged Trump “to immediately issue an executive order abolishing critical-race-theory training from the federal government,” I thought to myself how that was a smart move. It just might work. It’s no secret that Trump watches Fox News. So why not make a direct appeal to the president while you are on one of those shows? It’s the only way most guests would ever have a chance to get the president’s attention. And in this case it worked.

Just three quick days later, Trump did exactly what Rufo proposed — he issued an executive order through the director of the Office of Management and Budget to “cease and desist from using taxpayer dollars to fund [the] divisive, un-American propaganda training sessions” where federal employees are told that “virtually all White people contribute to racism.”

When Trump reacted to Rufo’s revelations the same way that I and millions of people watching Tucker Carlson’s show reacted – with outrage – I realized just how dangerous Carlson is to the hegemony of the far left. His show is metaphorically the tunnel under the Berlin Wall that allows direct communication between the pro-liberty, pro-American middle class and the freedom fighters in the White House, bypassing both the bureaucracy and the stunningly dishonest media that control the flow of information in and out of the Trump administration.

In order to keep our metaphor geographically, if not politically, correct, we should think of the mainstream media as the Stasi, the East German secret police who were notoriously brutal — and effective — in suppressing free thought and dissent from the party line. They were not just the “enemy of the people,” as Trump has labeled the worst of the modern media; they were the “enemy of the truth.”

That role has never been clearer than it was last week when Bob Woodward, the legacy commander of the media’s Main Directorate for Reconnaissance, issued his report on what he found when he infiltrated the White House. Or at least what he purported to find.

According to Woodward, Trump perfidiously misled the American public about the scope and danger of the China virus because he called the virus “deadly stuff” in February before any Americans had died. Also because Trump knew “it goes through the air.” I mean you have to be notoriously stupid, or just plain incurious, not to have figured out by February that COVID-19 was a deadly peril. Does Woodward think that Trump shut down air travel from China at the end of January just because he wanted to hurt the tourist industry?

Of course the new virus was deadly, but as Trump patiently explained to the thick-headed Woodward then, and still has to explain to the rest of the White House press corps virtually every day, there is no purpose served by terrifying the public. The president told Woodward that the virus was “more deadly than even your strenuous flus.” That turned out to be true, but flus are also kept under control by widespread vaccination and therapeutics. Does Woodward need to be reminded that the much more deadly pandemic of 1918 was caused by the Spanish flu?

Of course he does, because it’s not helpful to the media’s narrative that Donald Trump is a dangerous buffoon who must not be reelected. How could the country survive another four years with a president who insists on doing things his own way, who won’t be cowed by the Stasi media, who considers it his duty to improve on conventional wisdom instead of surrendering to it.

Which brings us back to Chris Rufo and his pipeline — or should I say tunnel access — to the president. The obstinacy of Tucker Carlson, his unwillingness to take a knee to orthodoxy, has made him the most dangerous person in America (after Trump) to the far-left overlords. And when Trump acted on Rufo’s entreaty regarding critical race theory, it led to near hysteria as the Stasi media realized that its Berlin Wall had been breached.

As Carlson himself reported on Tuesday, Sept. 8, “To the news media, all of this was a disaster. They claim to be journalists, but they despise actual reporting like Chris Rufo’s. His coverage showed that they are complicit in an anti-American lie that is deeply unpopular with actual Americans, and they didn’t take it well.”

Among the many critics of Carlson for providing the president with accurate information about what is being done in his name in the federal bureaucracy, perhaps the loudest was CNN’s Brian Stelter, the virtual communications director for the Stasi media.

“The ‘Tucker’ show gets results,” Stelter ranted. “No more talk about white privilege. No more examination of systemic racism. The Trump administration doesn’t want it inside federal agencies — even though 2020 is being defined in part by this long overdue reckoning about race. Trump doesn’t want it to happen.”

No he doesn’t, and neither do the American people.

“Systemic racism” is a meaningless phrase that blames everyone for the despicable actions of a few. “White privilege” is a rhetorical cudgel to justify redistribution of wealth and violence against white people. “The long overdue reckoning about race” has been ongoing since before the country itself started, and it will never end, nor should it. Facts are facts. Slavery was evil. Jim Crow was evil. Racism is evil. But teaching white people to hate themselves does not resolve that evil; it just compounds it.

Blaming Tucker Carlson because President Trump found out about an inherently unacceptable and unjust practice within the federal government is in a sense the media’s confession that its main purpose today is to build a wall between the truth and the people. Just as most mainstream reporters will never ask Joe Biden about anything that doesn’t conform to their own hatred of Trump, they will never tolerate anything anywhere that exposes their own bias and anti-American agenda.

Does Trump have enough votes to confirm RBG’s replacement? A look at the senators who might block his nomination

Does Trump have enough votes to confirm RBG’s replacement? A look at the senators who might block his nomination