Black Lives Matter stages 'protest party' in front of 'racist' man's home. He pulls out a gun — and officers arrive to take him away.
Skip to content
PoliticalHEDGE

Black Lives Matter stages ‘protest party’ in front of ‘racist’ man’s home. He pulls out a gun — and officers arrive to take him away. 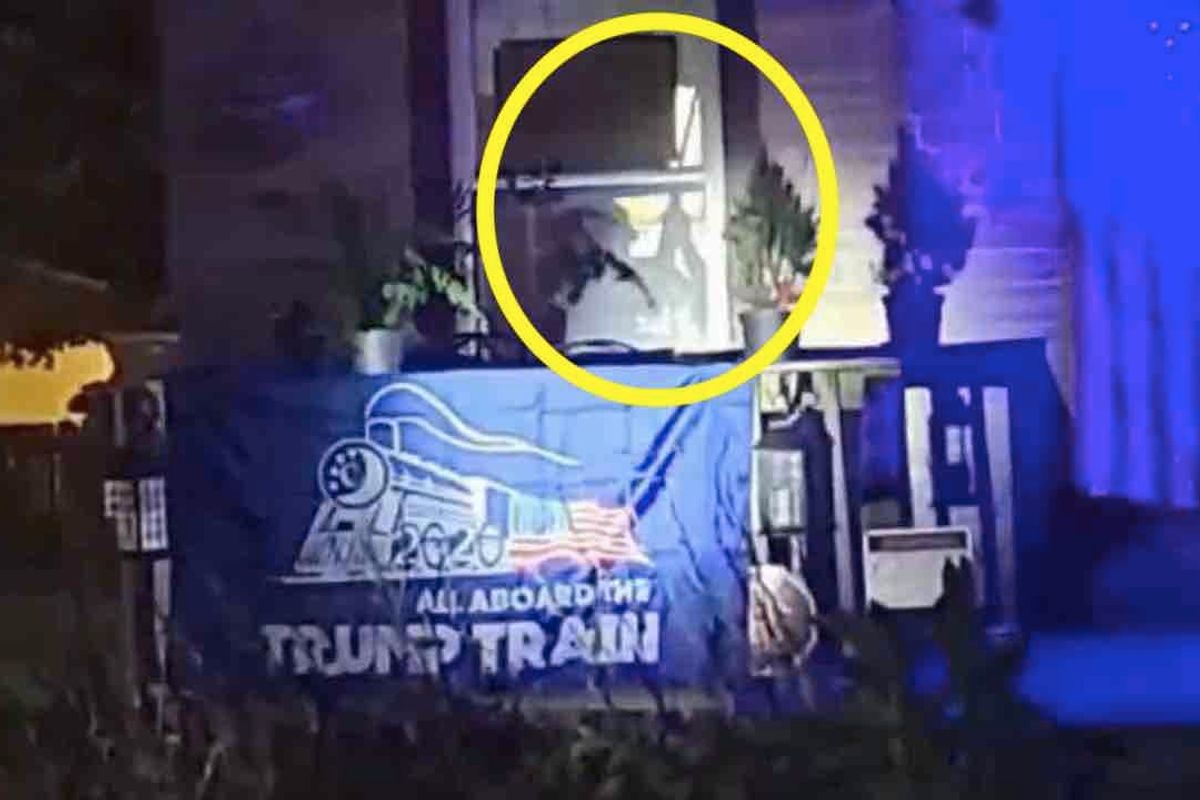 Black Lives Matter supporters staged a “protest party” in front of a “racist” man’s home in Milwaukee, Wisconsin, on Tuesday evening, culminating with the man holding a gun as he looked at the crowd through a window — and law enforcement arriving to take him away.

A video was shared on the New Milwaukee (Peaceful protests for change) Facebook page Sept. 7 showing a white man across the street yelling at a neighbor — and appearing to utter the N-word.

“Neighborhood kids already were scared to go by this man’s house due to his Trump sign and his confederate flag in the window,” the video poster wrote. “Now these kids really don’t wanna ride their bikes in the area. People just moved in next door and have to live next to this ignorance. Police showed up and he ran in the house and peeked out the windows after calling the new neighbors the N-word.”

Milwaukee police also told TheBlaze that the man on Monday afternoon threatened to physically harm his neighbor while wielding a chainsaw. The 56-year-old suspect was arrested for disorderly conduct while armed.

So a group called “Justice Tour 2020 — Protest Parties” got involved and planned one in front of the man’s house:

And protest they did — and it was all livestreamed to Facebook on Tuesday afternoon and evening.

As night fell things got intense. Protesters aimed lights at the man’s home and called out to him on a megaphone — they called him “Pete” — and soon he was seen holding a gun through a front window. 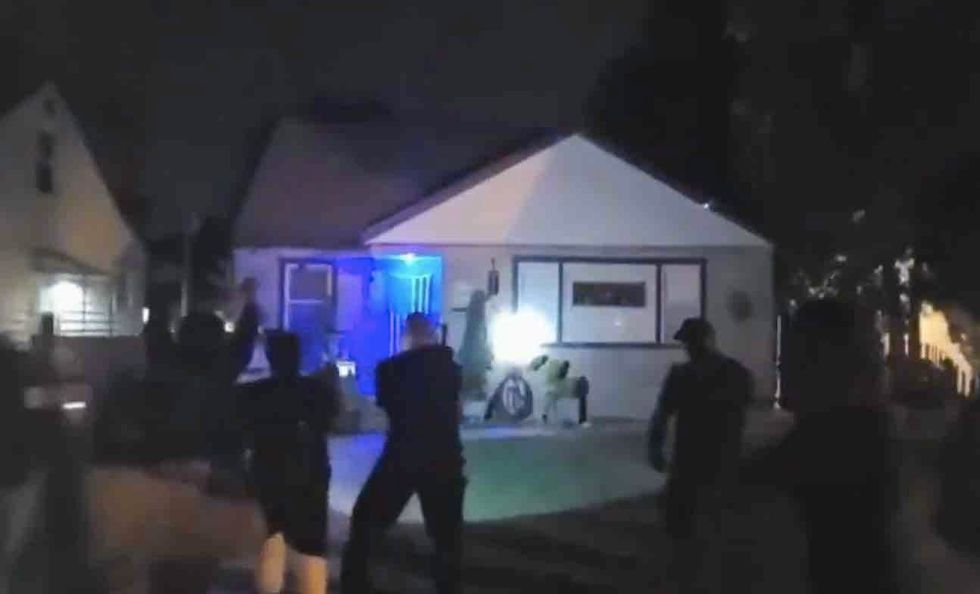 “I don’t think you know what’s out here, buddy,” the megaphone user shouted to the man holding the gun. “I care about ya, I don’t want you to find out.”

“I gotta get you a new nickname, now,” the megaphone user hollers. “Pistol Pete! In all seriousness, Pete, we are not intimidated by you in the window, good buddy. ‘Cause I don’t think you understand what’s out here man, I keep trying to tell you. That’s all I’m saying man.”

BLM protesters in Milwaukee, Wisc. surround a man’s house. He has a Trump & US flag on the outside. He appears to r… https://t.co/8L0mIKc7Gq

Soon police arrived at the residence, and as the crowd yells from the street — “you about to go to jail!” — officers led the man out of the house in handcuffs. 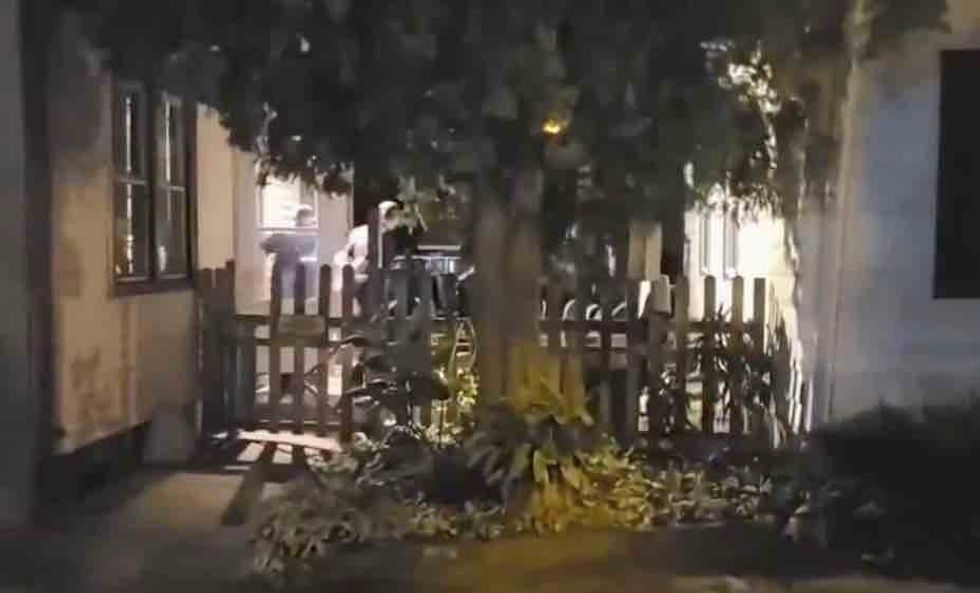 The crowd erupts in cheers and chants of “F*** you, Pete!”

Police told TheBlaze that officers who were monitoring the protests were notified that the man “motioned the long gun as if he chambered a round and then pointed the gun at the crowd.” Police added to TheBlaze that they confronted the man, who appeared to be intoxicated, and he was arrested for endangering safety by use of a dangerous weapon while under influence of an intoxicant, disorderly conduct while armed, and bail jumping.

Police also told TheBlaze that criminal charges will be referred to the Milwaukee County District Attorney’s Office in the coming days.

BLM group, including children, pouring onto someone’s property that they seem to be harassing after he was arrested… https://t.co/heCyFznQqi