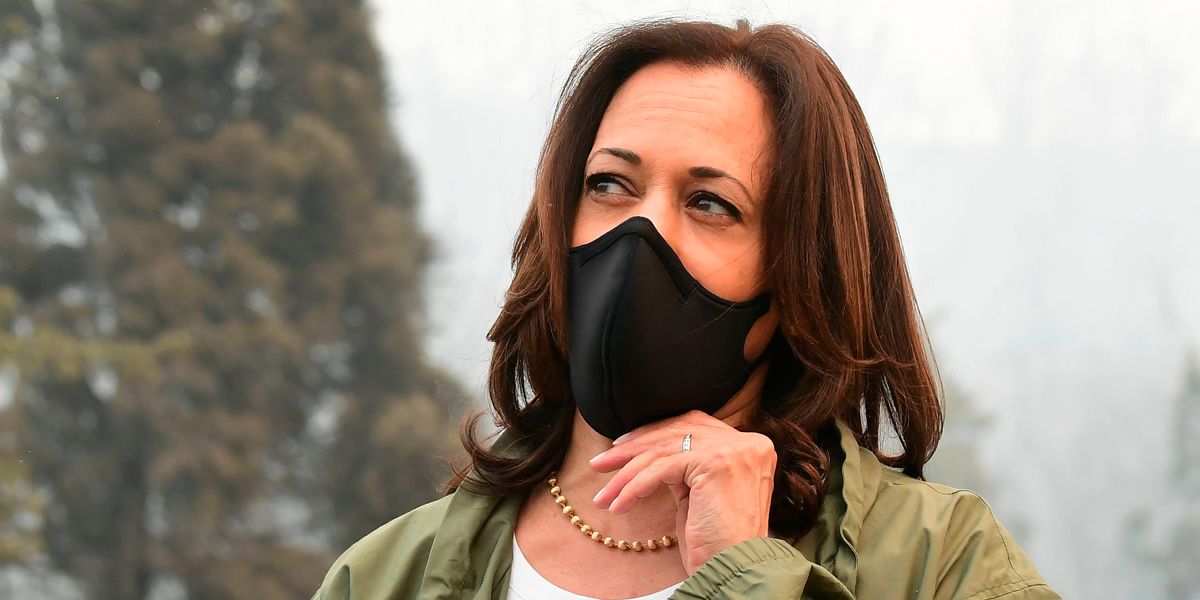 On Tuesday, Terrell — who appeared on Fox News’ “Hannity” — said that Harris, who made a hospital visit to Jacob Blake in Kenosha, Wisconsin, should have visited the deputies from her own home state.

Terrell and host Sean Hannity began by talking about out-of-control demonstrators and rioters.

“What do you think of these agitators? They’ve not been held accountable,” Hannity asked Terrell during the Tuesday night exchange. “We always have these high-profile incidents, Ferguson, Baltimore, all the videotape, all the people involved in crime and we never arrest them, we never follow through. Well that’s all stupid to me.”

Terrell explained that many of the protest-related arrests were what he called “token arrests” and said that protests for people such as Jacob Blake — who was shot seven times in the back by a Kenosha, Wisconsin, police officer on Aug. 23 during a domestic dispute call — were not changing the fact that some “polls are leaning in favor of Donald Trump.”

“Let me tell you one other point,” he added. “Kamala Harris, you should be ashamed of yourself. If you went to Jacob Blake’s family’s house, go to those officers’ houses right now and feel sympathetic for those two officers who got shot and ambushed. It’s outrageous that Kamala Harris has not responded and she’s a senator from California.”

Harris has reportedly not visited the deputies at the time of this reporting.

Terrell isn’t the only one going after Harris.

On Twitter, Walker wrote, “Will @kamalaharris visit deputies who were shot (31-year-old mom & 24 year-old) in her state? She visited someone in WI who was charged with felony 3rd-degree sexual assault and said she was proud of him.”

“She and @JoeBiden need to side with law enforcement and denounce radicals,” Walker’s tweet concluded.

Will @kamalaharris visit deputies who were shot (31-year-old mom & 24 year-old) in her state? She visited someone i… https://t.co/kFYalgfUEd

Harris recently visited Blake, according to his attorney, Benjamin Crump.

During the visit, Harris told Blake that she was “proud of him and how he is working through his pain.”

“Sen. Harris has an inspirational and uplifting one-hour visit with Jacob Blake, Jr., and his family today. She spoke individually with each family member about how they were handling the trauma and urged them to take care of their physical and mental health,” a statement from Crump read.

“In a moving moment, Jacob Jr. told Sen. Harris that he was proud of her, and the senator told Jacob that she was also proud of him and how he is working through his pain,” the statement added.

The statement noted that Harris promised Blake that she and Democratic presidential nominee Joe Biden would work to “make things better for all Americans” if they are elected, including the Justice in Policing Act and implicit bias training.

‘You are not listening,’ Fauci tells Rand Paul in exchange over COVID-19 herd immunity

‘You are not listening,’ Fauci tells Rand Paul in exchange over COVID-19 herd immunity