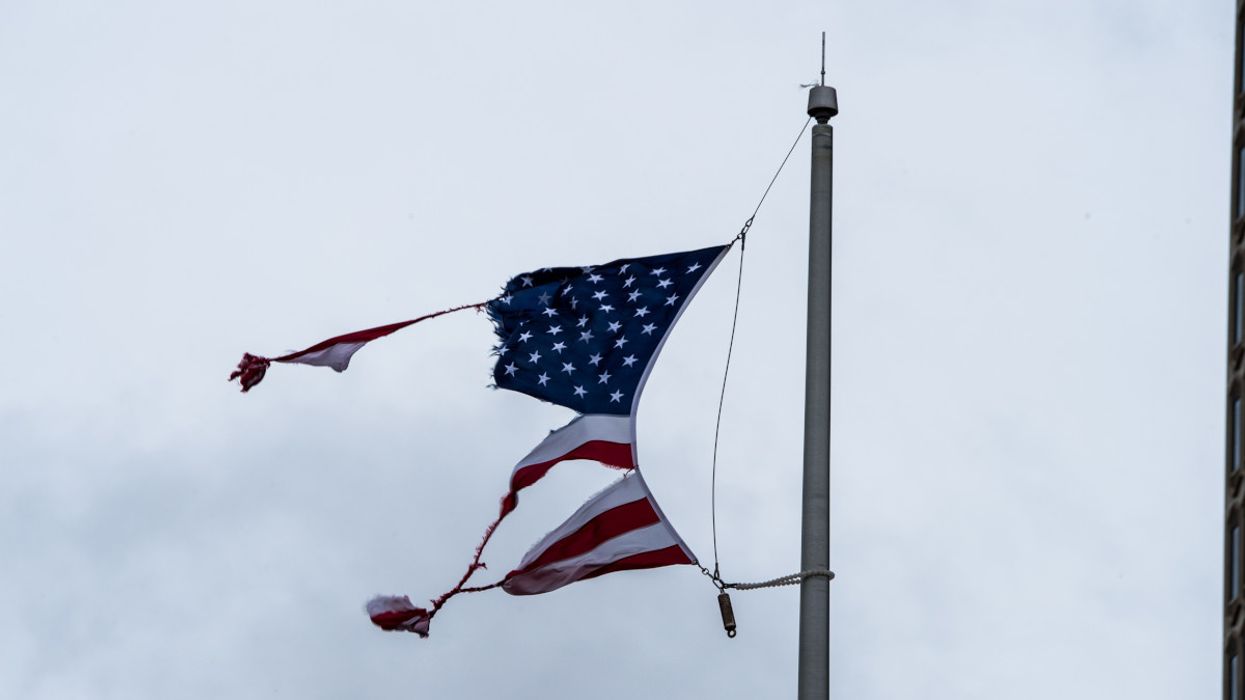 Hurricane Sally made landfall in the Gulf Coast in the wee hours Wednesday morning, bringing with it “catastrophic” and “life-threatening” floods and knocking out power to nearly half a million U.S. homes.

The storm, moving slowly inland, made landfall near Gulf Shores, Alabama, at 5:45 a.m.as a Category 2 hurricane with maximum sustained winds of 105 mph, the Weather Channel reported. Sally is moving north and east and is projected to continue on that trajectory throughout the rest of the day. Its maximum sustained winds have decreased to 80 mph.

A tornado watch has been issued for southeast Alabama, the Florida Panhandle, and southwest Georgia until 7 p.m.

The zone of hurricane-force winds (Red) associated with #Sally will shrink but still a large area of tropical-storm… https://t.co/m1UKtlHvXq

WTVY-TV in Alabama
reported “significant damage” to the beach and an expectation of “life-threatening flash-flooding” throughout Gulf Shores. CNN’s Ed Lavandera reported transformers are blowing up in Mobile, knocking power out for hundreds of thousands of people.

As #HurricaneSally makes landfall, @edlavaCNN reports transformers are blowing up in Mobile, Alabama.

Estimates from utility tracker poweroutage.us suggest more than 500,000 homes in Alabama and Florida are now without power.

Pictures of the damage in Gulf Shores were shared by WALA-TV reporter Tyler Fingert, taken near Highway 59 and Beach Blvd. They show structures along the beach destroyed, buildings suffering damage, and debris left by the storm surge covering the streets.

The sun is now up and we can see some of the damage left behind in Gulf Shores. The pictures were taken near Hwy 59… https://t.co/riqy6OTH6r

In Pensacola, more than two feet of rain has caused severe flooding. Videos shared on social media capture streets under water as storm surge rips through the city.

Palafox and Main. One of the higher points. #stormsurge Pensacola, FL. #Sally https://t.co/o4S7VJJvVm

“We believe that this is an epic proportion flooding event,” Escambia County Public Safety Director Jason Rogers
told WEAR-TV. “There is extremely high water, moving water that is very dangerous. We don’t believe that we have yet seen the worst of the flooding.”

“We anticipate the evacuations could literally be in the thousands,” Sheriff David Morgan, of Escambia County told CNN.

Emergency services and first responders are working with the federal government, including FEMA and the U.S. Coast Guard, to engage in rescue operations.

The greater danger from Hurricane Sally is not in the strength of the storm, but in its reported 3mph speed as it moves inland. Heavy and sustained rainfall will continue to cause flooding.

“It’s not common that you start measuring rainfall in feet,” National Weather Service forecaster David Eversole in Mobile said, speaking to the New York Times. “Sally’s moving so slowly, so it just keeps pounding and pounding and pounding the area with tropical rain and just powerful winds. It’s just a nightmare.”

Trump compliments Ruth Bader Ginsburg: ‘An amazing woman who led an amazing life’; no comment for now on whether he will nominate a replacement​

Breaking: Mitch McConnell confirms there will be a vote for President Trump’s Supreme Court nominee to fill Ginsburg’s seat

Lisa Murkowski says she won’t vote on a justice to replace Ruth Bader Ginsburg before the election: ‘Fair is fair’

He’s now Metta Sandiford-Artest, 40, and he blames himself for Pacers not winning NBA title