Car pulls up to troopers and teen passenger shoots at them in Phoenix ambush; one arrested, police on manhunt for driver
Skip to content
PoliticalHEDGE

Car pulls up to troopers and teen passenger shoots at them in Phoenix ambush; one arrested, police on manhunt for driver 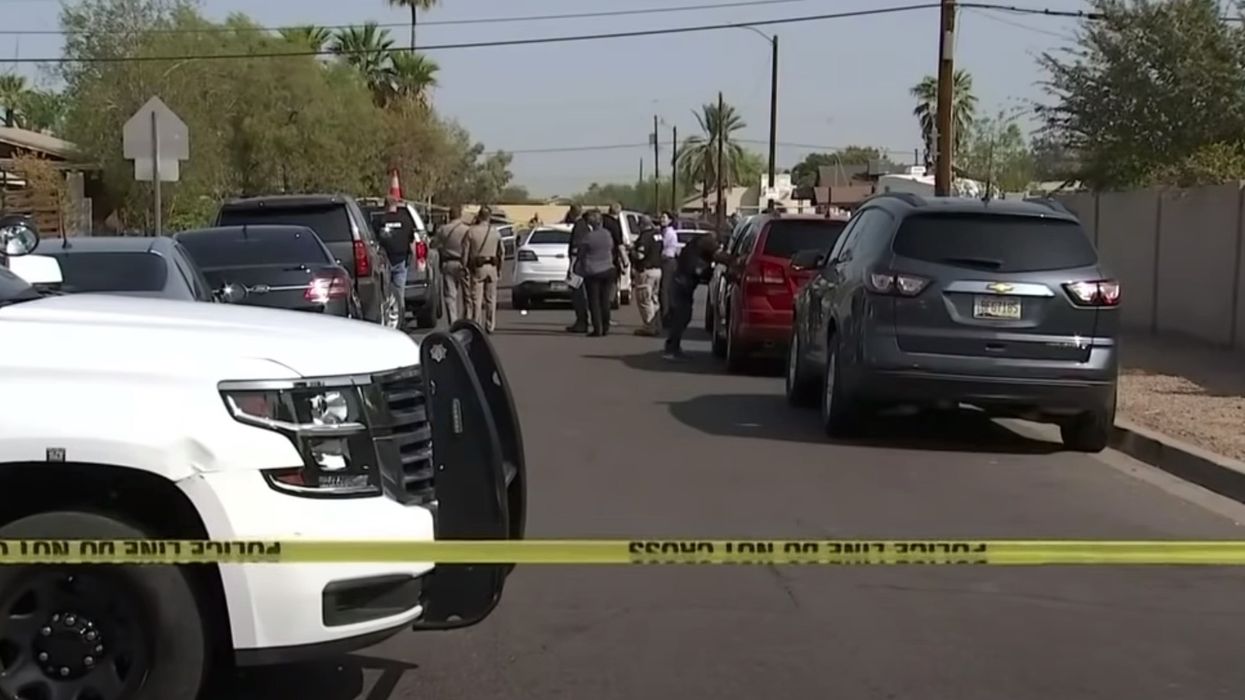 Two Arizona Department of Public Safety troopers were fired upon in an apparent ambush attempt in Phoenix, and police are on a manhunt for the driver after apprehending the alleged teen shooter.

DPS officials say the two troopers were uniformed but sitting in an unmarked car when another car pulled up to them and honked the horn. A teenager that was sitting in the passenger seat exited the vehicle and fired at the troopers with an assault rifle.

The troopers were able to exit their vehicle and return fire at the suspects.

The driver of the car then sped away without the shooter, who was taken into custody. The troopers were uninjured in the incident, and the rifle was recovered.

The suspect in custody was a 17-year-old Hispanic male.

Here’s the media briefing about the incident:


Authorities search for driver in west Phoenix shooting at troopers

The two troopers were a part of the public affairs unit and were supporting a separate operation when they were attacked.

Helicopter footage from KSAZ-TV showed a large police response to the incident.

Police are seeking help from the public to identify the driver of a silver Infiniti G37 from between 2008 and 2013 with a temporary license plate and custom wheels.

The incident bears jarring resemblance to the ambush on officers in Compton, California, where someone walked up to a police vehicle and shot two officers in the head. Both of the officers were hospitalized with severe injuries.

Critics of the Black Lives Matter movement used the insidious attack to condemn some of the extreme rhetoric used by those demanding more accountability from police departments.


Search on for suspect in trooper-involved shooting in Phoenix, teen in custody

New Jersey committees advance budget with $4.5B in borrowing

Ban on natural hair discrimination heads to Senate. ‘Everybody should feel empowered’

Ban on natural hair discrimination heads to Senate. ‘Everybody should feel empowered’