Department of Education opens investigation after Princeton publishes letter saying 'racist assumptions ... are embedded in structures of the university'
Skip to content
PoliticalHEDGE 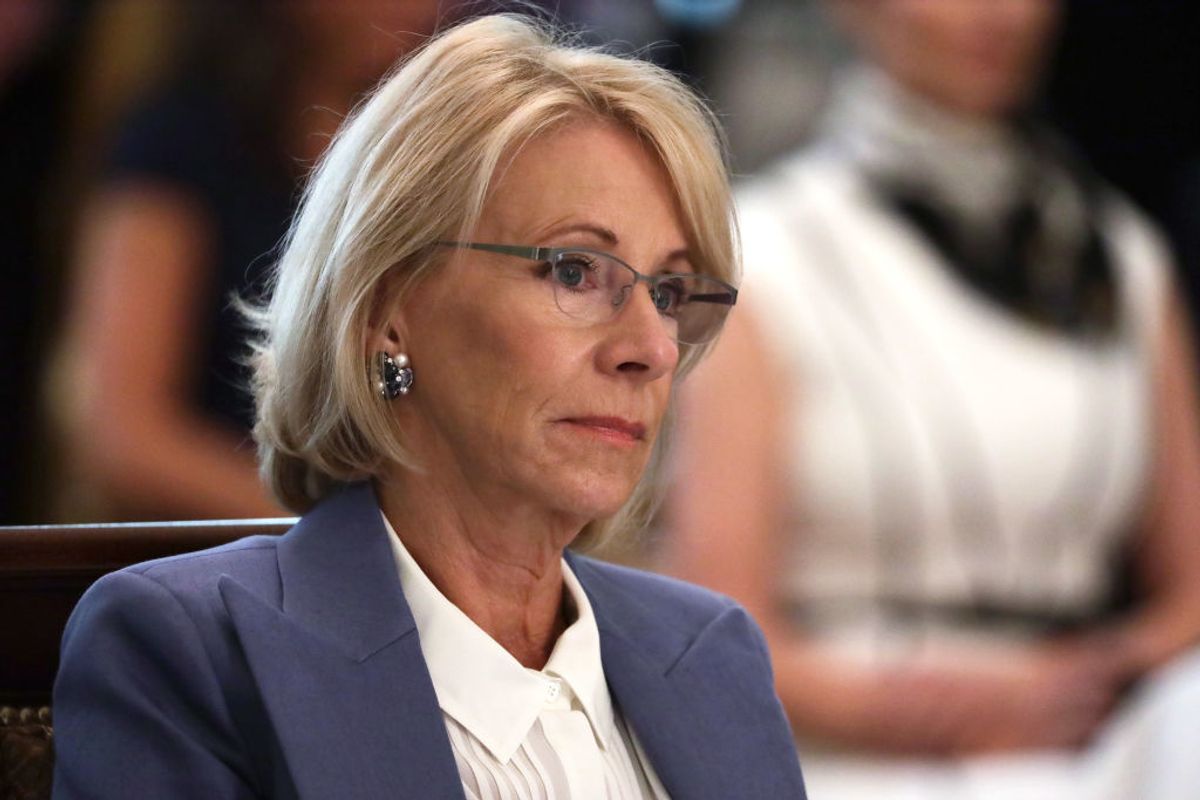 A letter that was probably intended as an exercise in self-flagellation designed to placate angry protesters might soon have serious consequences for Princeton University, according to a report from the Washington Examiner.

The genesis of the letter appears to have been a series of protests at and around Princeton University that occurred in early June in response to the May 2 death of George Floyd. The protests prompted Princeton to rename its public policy school to remove reference to former president Woodrow Wilson, who was a notorious racist. They also prompted Princeton President Christopher L. Eisgruber to promise that the University would undertake some soul searching with respect to how the university could help combat systemic racism.

In its continuing effort to wear the hair shirt, Eisgruber released a letter on Sept. 2 that set forth the efforts that had been undertaken by the school thus far. During the course of this letter, Eisgruber made a number of claims about the university that were doubtless intended to mollify protesters, including statements like, “Racism and the damage it does to people of color nevertheless persist at Princeton as in our society, sometimes by conscious intention but more often through unexamined assumptions and stereotypes, ignorance or insensitivity, and the systemic legacy of past decisions and policies,” and “Racist assumptions from the past also remain embedded in structures of the University itself.”

In response to these admissions, the Department of Education felt compelled to open an investigation into all this racism in order to ensure that Princeton was not receiving funds in violation of Title VI of the Civil Rights Act of 1964, which states that, “no person in the United States shall, on the ground of race, color, or national origin, be excluded from participation in, be denied the benefits of, or be subjected to discrimination under any program or activity receiving Federal financial assistance.”

According to the Washington Examiner, the letter states:

Based on its admitted racism, the U.S. Department of Education (“Department”) is concerned Princeton’s nondiscrimination and equal opportunity assurances in its Program Participation Agreements from at least 2013 to the present may have been false.

The Department is further concerned Princeton perhaps knew, or should have known, these assurances were false at the time they were made. Finally, the Department is further concerned Princeton’s many nondiscrimination and equal opportunity claims to students, parents, and consumers in the market for education certificates may have been false, misleading, and actionable substantial misrepresentations in violation of 20 U.S.C. § 1094(c)(3)(B) and 34 CFR 668.71(c). Therefore, the Department’s Office of Postsecondary Education, in consultation with the Department’s Office of the General Counsel, is opening this investigation.

The Department’s letter purportedly asks Princeton to disclose what evidence it used to determine that the university is racist and to identify every person who has been discriminated against at Princeton in violation of the law. The letter requires Princeton to produce documents and also to make school officials available for an interview.

On September 16, we received a letter from the Department of Education requesting information about Princeton’s nondiscrimination practices.

The letter was the Department’s reaction to President Eisgruber’s update to the University community outlining the steps we are taking to address systemic racism at Princeton and beyond. Princeton has long been committed to creating and maintaining a community where all can thrive, and stands by its representations to the Department and the public that it complies with all laws and regulations governing equal opportunity, non-discrimination and harassment. This work is core to the University’s teaching and research mission, and we are vigilant in our pursuit of equity in every aspect of our programs and operations. The University also stands by our statements about the prevalence of systemic racism and our commitment to reckon with its continued effects, including the racial injustice and race-based inequities that persist throughout American society. Attracting talent from every sector of society is crucial to our academic mission, and we will continue to lead on these issues.

The University will respond to the Department of Education’s letter in due course. It is unfortunate that the Department appears to believe that grappling honestly with the nation’s history and the current effects of systemic racism runs afoul of existing law. The University disagrees and looks forward to furthering our educational mission by explaining why our statements and actions are consistent not only with the law, but also with the highest ideals and aspirations of this country.

U.S. Open notebook: Patrick Reed could have ruined his own chances