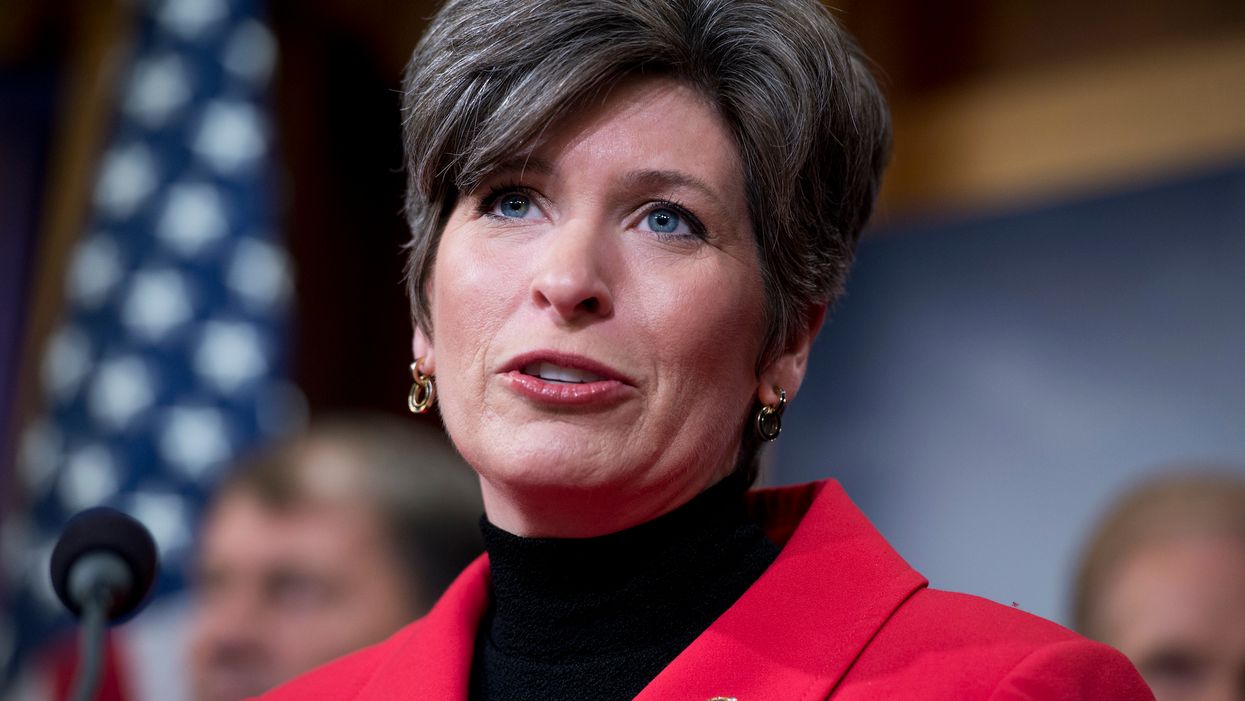 The New Republic faced fierce criticism on Thursday over a tweet comparing the alleged abuse from an ex-husband of a Republican senator to the policies of President Donald Trump.

“Joni Ernst survived an abusive husband. Her Senate career may not survive an abusive president,” read the later deleted tweet.

“This is trash. This is sexist. This is gutter journalism at its worst,” replied Sen. Josh Hawley (R-Mo.).

Hawley demanded that Joe Biden apologize for the tweet.

The publication deleted the tweet and reposted with a much less controversial description of the article.

The content of the article continued to compare the allegedly physical abuse from Ernst’s former husband to her political relationship with the president, however. At the end of the piece, the comparison is openly presented to the reader:

There is, for instance, the feeling of deliverance that follows a bad relationship, the sense that finally, one is free to move unencumbered, to stop mopping the mess that follows in the wake of an embarrassing, needy, careless, abusive narcissist. “I wouldn’t have to make excuses for my inappropriate husband anymore!” she writes of her divorce, a moment when it must have been possible to forget that she was heading toward an election year, a rush of relief before she recalled she would spend it making excuses for another man entirely.

Republican Rep. Ann Wagner of Missouri called the article a “sexist smear” against Ernst and demand a retraction.

“A hard working mom who balanced her career with her military service and giving back to the community does not deserve this type of hit job,” tweeted Wagner. “This would never be written about a male senator, and @newrepublic should have the stones to admit that and retract this slander.”

“I’m disgusted,” tweeted Arizona Republican Sen. Martha McSally. “This attack on my fellow survivor and combat veteran is appalling. The author should be embarrassed to have her name on this garbage, and let’s all be honest: This would have never happened if Joni was a Democrat.”

Ernst herself responded by tweeting links to organizations that help abused women.

“I’m used to vile partisan attacks, it comes with the job,” said Ernst. “I’m saddened that this article may silence or shame other survivors.”

How To Tackle The Depression Head On