Three Black Lives Matter protesters in Pittsburgh are now facing charges from police after they were identified as people involved in viral videos that showed them cursing out diners at an outdoor restaurant. One protester even chugged a person’s beer, according to Fox News.

Pittsburgh police brought the charges on Monday against Shawn Green, Kenneth McDowell and Monique Craft for the incident that took place at a restaurant called Sienna Mercato.

In video of the incident, Craft can be seen wearing a shirt that says “Nazi Lives Don’t Matter”, walking up to an older white couple, grabbing their beer off the table, and chugging it. That should help move along race relations in the country! Great thinking, Monique.

For his/her efforts (Craft is non-binary), Monique was issued a summons for theft, conspiracy and simple trespass. Craft told the Pittsburgh Post-Gazette that the video “only shows one side of the story”. 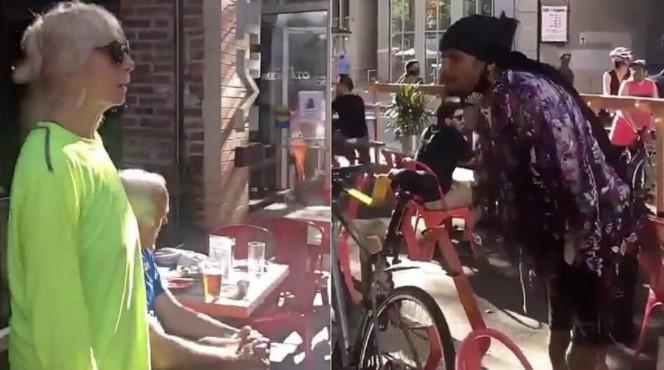 McDowell – who screamed obscenities at diners using a megaphone – was charged with possessing instruments of a crime, conspiracy, harassment and two counts of disorderly conduct. A complaint against McDowell says he swore at diners and gave them the middle finger.

You can watch video of the “protest” from CBS here:

France: Between A Rock And A Hard Place

Opinion: As the SEC pushed through with patience, the Big Ten faltered in its handling of COVID-19