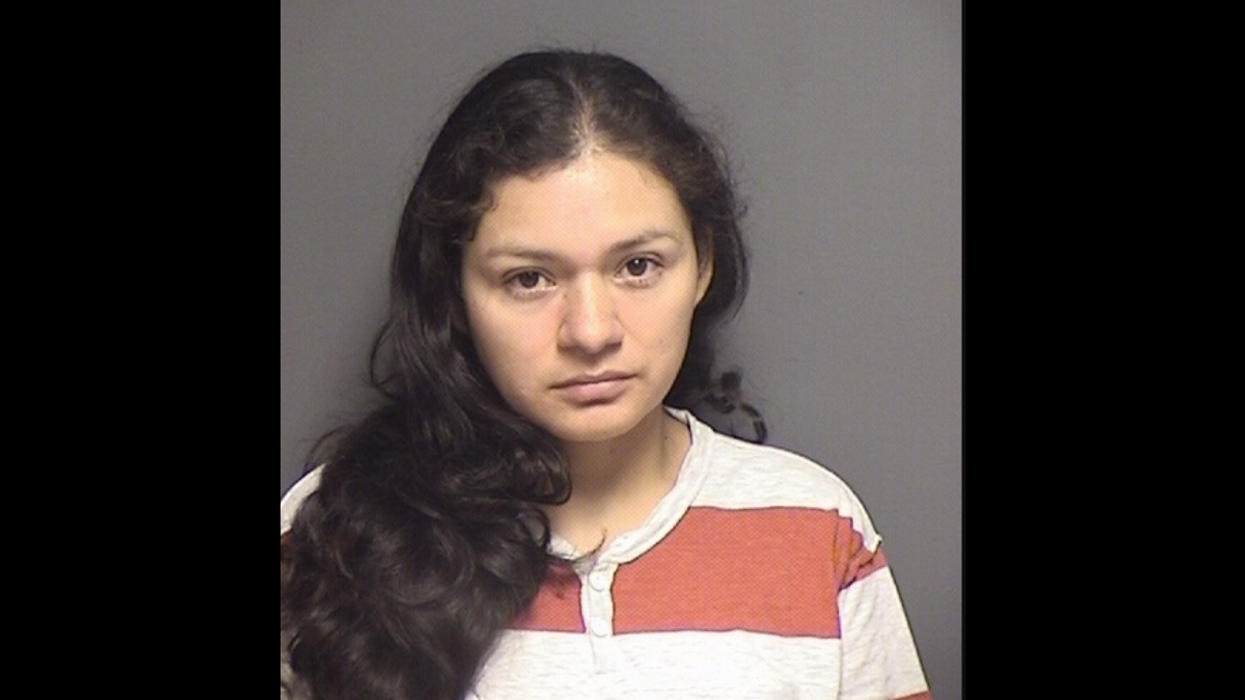 Immigration and Customs Enforcement officials say that a woman accused of beating an elderly woman to death with a rolling pin in Frederick, Maryland, was in the country illegally.

The officials told WTTG-TV that Maria Gloria Vazquez-Mebo, 35, a Peruvian national, is being held on an ICE detainer following her arrest over the weekend.

Vazquez-Mebo was reportedly a live-in caretaker for the victim’s husband, who is in a wheelchair. The victim, whose name is being concealed at her family’s request, did not live with her husband but would often come over to visit and was doing so Sunday.

Police said that on Sunday evening around 6:30 p.m., Vazquez-Mebo called 911 as well as the couple’s daughter to report that the 81-year-old woman had fallen down the stairs and was seriously injured and in cardiac arrest. The woman was pronounced dead at the scene.

According to a police report, upon arrival, officers noticed several traumatic injuries to the victim’s head as well as “other unusual circumstances.”

Court documents show that after an autopsy report was completed Monday, Vazquez-Mebo was called in for questioning. At that time, she reportedly confessed to retrieving a rolling pin and striking the elderly woman multiple times in the head after she had fallen down the stairs. No motive or explanation was given for the crime.

“It’s very shocking,” neighbor Heidi Horkey told WTTG. “You think you’re safe in your home and then something like this happens. [It] makes you really aware about who’s around.”

Horkey added that she often saw Vazquez-Mebo walking around the block with a young child but never had more interaction than the occasional greeting.

“We spoke and said hi to her and she said hi back, but that was about it,” she said.

Along with having an immigration detainer issued for her, Vazquez-Mebo is reportedly being held without bond on charges of first-and second-degree murder.

ICE issues detainer requests to local law enforcement when they have reasonable cause to believe that an arrested individual is in the country illegally and is subject to deportation.

Man drives through protest in a Prius, gets chased down by cars and attacked by protesters

Buildings, vehicles vandalized on second night of Breonna Taylor protests, but no recorded attacks on citizens or police after two cops were shot Wednesday