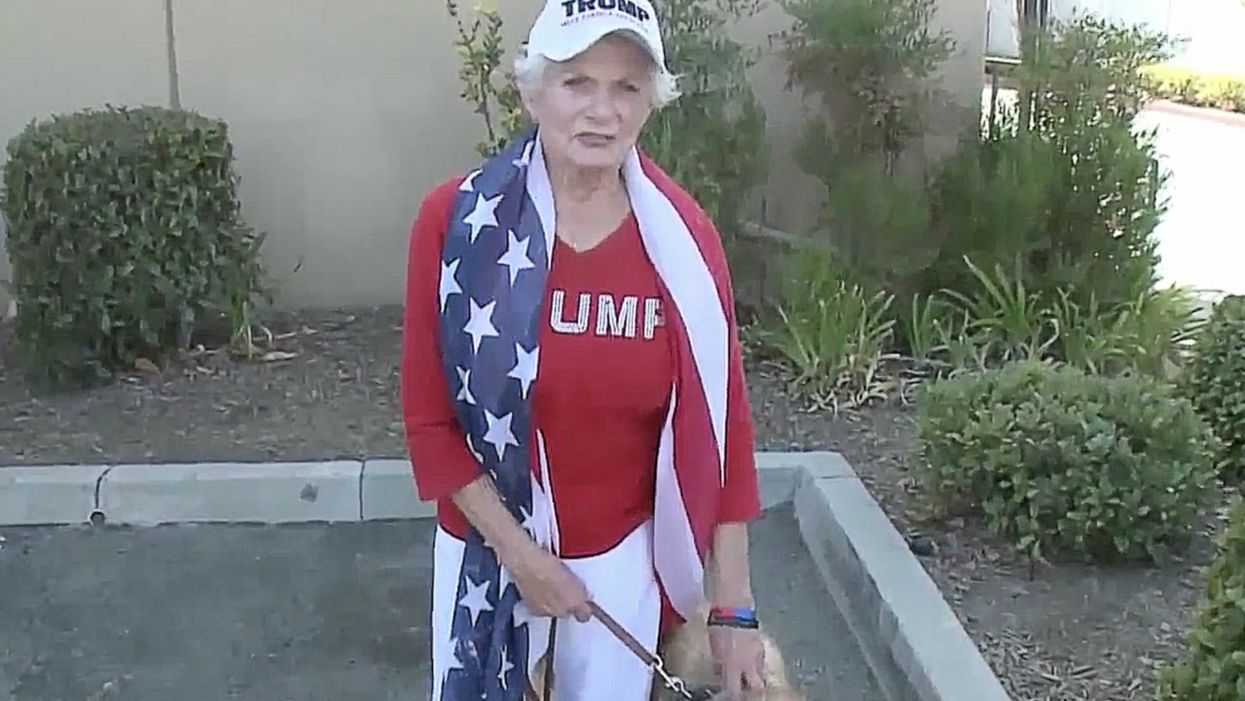 Authorties arrested a 33-year-old California man after he allegedly punched an elderly female Trump supporter and two other people during a pro-Trump gathering in Aliso Viejo, California, Wednesday evening.

A retired cop jumped into action and intervened before the suspect could do any more damage.

On Friday, the Daily Mail reported that the suspect, Alvin Shaw, is a U.S. postal service worker.

Reports say that anywhere between 20 and 30 people gathered in support of Trump’s re-election bid on a street in Aliso Viejo on Wednesday evening. Many of the demonstrators wore the Trump campaign’s signature MAGA-wear and carried signs professing their support for the president.

Video footage of the incident, according to reports, depicts the group’s apparently lighthearted nature and reportedly shows demonstrators laughing and cheering as people drive past the rally and honk their horns.

According to several reports, the suspect approached the group of Trump supporters as the rally began to wrap up and blew smoke from what appeared to be a cigar in some of their faces. Shaw then allegedly took the cigar and burned at least one sign.

Authorities say an agitated Shaw then struck at least three people, including 84-year-old Donna Snow, then pulled out a pocketknife.

Snow told KCAL-TV that Shaw “took his hand out … from way back, and whack, right across my face.”

“Broke my earring off,” she said.

A retired police officer then arrived on the scene and drew his weapon on the suspect, who reportedly tried to flee. 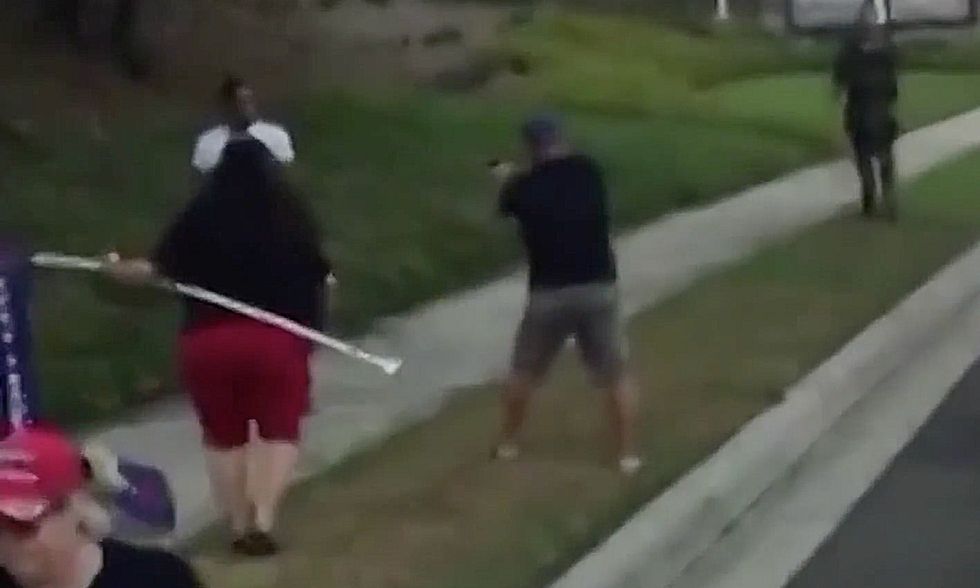 According to reports, the suspect was forced to the ground and held until authorities arrived.

One witness told KTLA-TV that she initially thought Shaw was coming over to join the demonstration.

“Instead,” the eyewitness said, “he actually was pretty upset, and he started using profanity from the minute he arrived.”

Snow said, “He kept coming over to me and getting in my face, and all he could say was the F-word.”

Police arrested the suspect on suspicion of elder abuse, assault with a deadly weapon, and assault and battery.

He was reportedly released Thursday on bond.