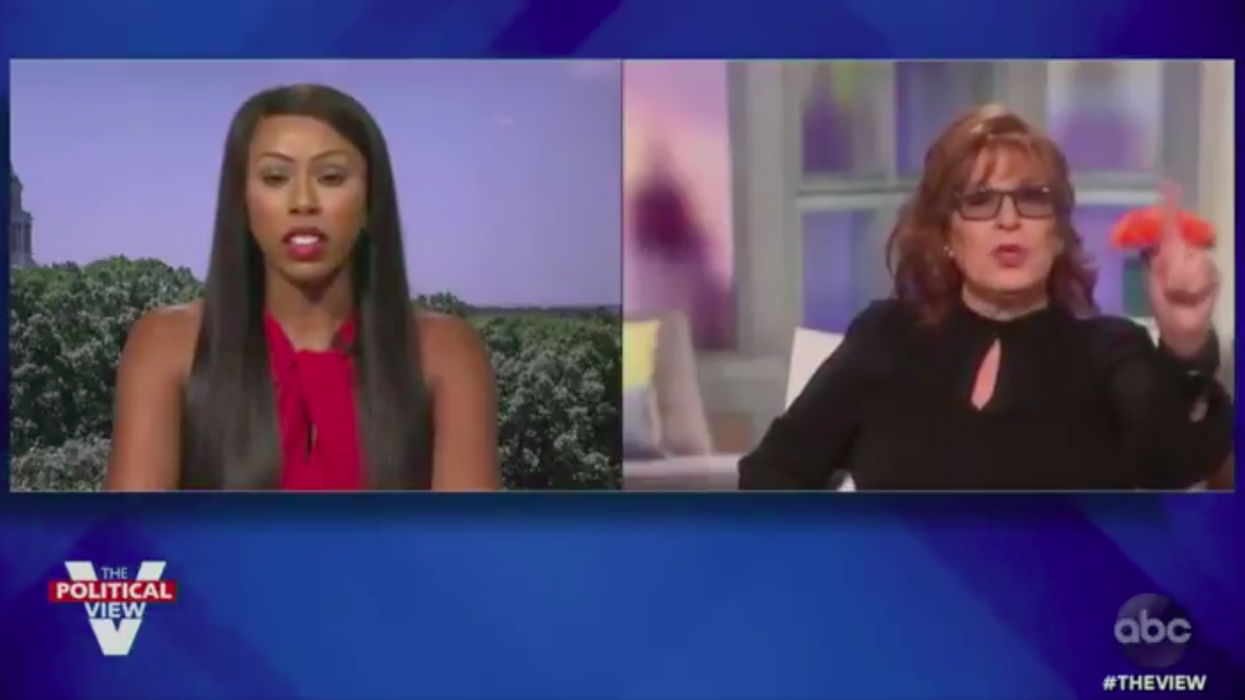 An interview on “The View” with Kimberly Klacik, a Republican running for Congress in Maryland, ended badly after Klacik called out host Joy Behar for her blackface scandal.

Klacik is running in the 7th Congressional District in Maryland, a heavily Democratic district formerly served by the late Elijah Cummings, and has been endorsed by President Donald Trump.

When discussing President Trump’s COVID-19 response, Behar asked Klacik to answer for Trump’s admission to reporter Bob Woodward that he downplayed the virus early on.

“Excuse me, I have to say something to you,” Behar began. “He told Bob Woodward that it was a very serious issue. That it was airborne, and that it was terrible. Then he went out and told the American people, ‘Don’t wear masks, it’s all gonna go away. You have to put some blame on your president, I’m sorry. You’re putting it on something extraneous here. Talk to the point, please.”

“Is this Joy speaking?” Klacik responded. “The same Joy that paraded around in blackface not too long ago? Come on, Joy, I don’t think you should be asking these questions.”

“Excuse me,” Behar interjected angrily. “The black community had my back. They know that that was not blackface, that was an homage. Oh, please. Just answer the question.”

As Behar was talking, Klacik responded that the black community had her back as well, leading host Sunny Hostin to jump in.

As Klacik attempted to explain the circumstances around the special election that she lost in February to Democrat Kweisi Mfume, who she is challenging again, Hostin turns around in her chair and Behar dismissively ends the interview.

“Listen, Kim, good luck to you,” Behar said as she ended the interview.

In a combative exchange w/ @kimKBaltimore, @JoyVBehar defends wearing blackface: “They know that that was not black… https://t.co/dLVkCQ2NKx

A photo of Behar wearing darkening makeup and dressing as a “beautiful African woman” in the 1970s was released by The Wrap in 2019.

“That was an homage!” #TheView’s Joy Behar defended her infamous “blackface” costume once again in a contentious in… https://t.co/MkN1BywD5t