After USPS carrier shot, Chicago postal workers threaten to stop delivering mail because it's too dangerous
Skip to content
PoliticalHEDGE 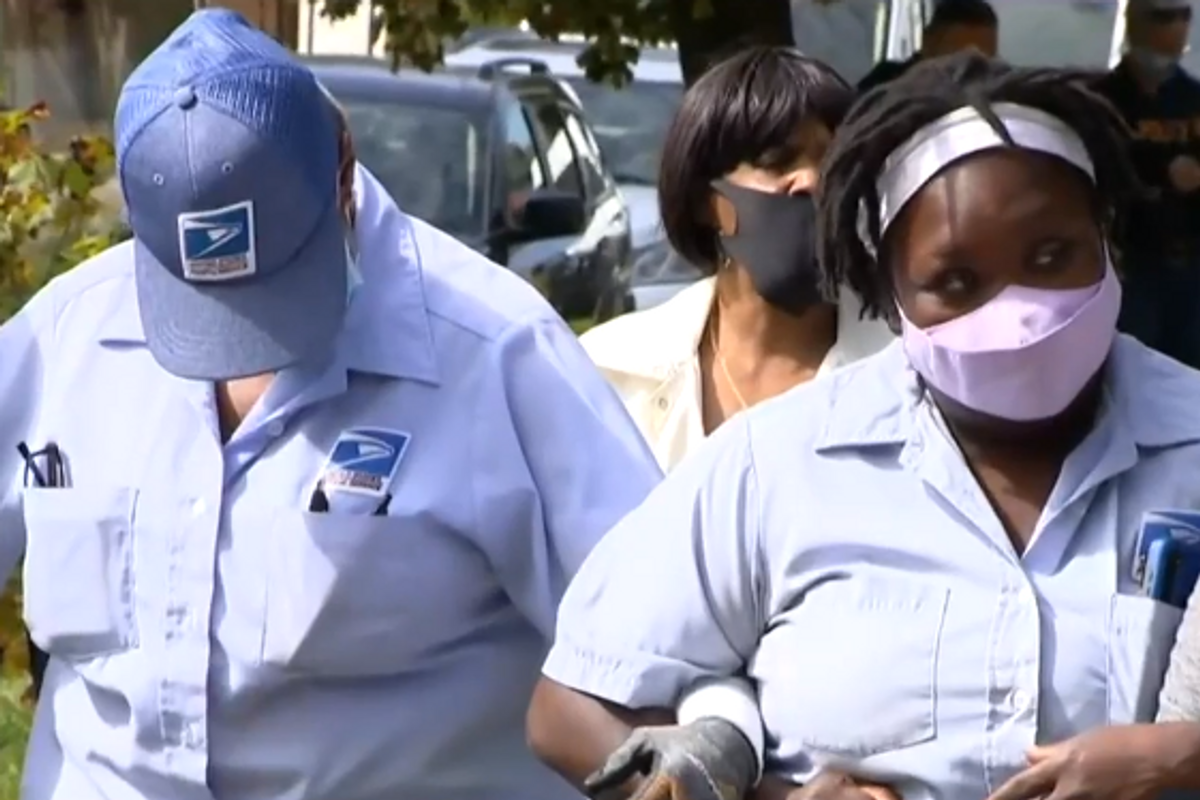 Chicago postal workers have hinted that they could stop delivering mail because some neighborhoods are just too dangerous. The threat comes shortly after a USPS mail carrier was shot in Chicago while on the job.

Mack Julion, the president of the Chicago chapter of the National Association of Letter Carriers, instructed postal workers to stop delivering mail if they don’t feel safe.

“Any letter carrier who does not feel safe in any one of these communities then they are not to deliver mail and customers have to pick up their mail,” Julion said. “We are not going to have another situation where the letter carrier is shot down.”

At around 11:35 a.m. on Sept. 10, a 24-year-old USPS mail carrier was shot four times during a drive-by shooting while on the job. Authorities don’t believe that the mail carrier was the intended target of the shooting.

According to WLS-TV, Chicago Fire Department officials said the woman was critically injured. She remains hospitalized because of the injuries suffered during the shooting.

The Chicago Division of the U.S. Postal Inspection Service is offering $50,000 for information leading to the arrest and conviction of the suspect who carried out the shooting.

A day after the postal worker was shot, a USPS employee was shot with a paintball gun in Chicago’s South Side.

“That’s a traumatic experience, especially when you had a coworker shot the day before,” Julion said. “It’s not funny, these are federal employees…our members are at work trying to do their job trying to support their families, trying to serve the community.”

In March, a 47-year-old USPS employee was shot while delivering mail in Brighton Park. The man, who was one of two people shot during the attack, was struck in the head. The man told WLS that he feels fortunate that he wasn’t more seriously injured.

“You pray. Pray that god protects you,” Edmond told WLS. “But you try to be aware of your surroundings, just look out, but sometimes, in her case, you can’t see everything.”

Shootings are so common in Chicago that Edmond has a process.

“I’ve been delivering mail and gunshots rung out. I’ve had to run to my truck and stay in my truck until everything deescalated,” Edmond said. “Contact 911 of course. Contact my supervisor to tell them what’s going on. Then leave the area. That’s the process.”

At the time of publication, 30 people were shot in Chicago this weekend, two of them fatal.

Homicides in Chicago have spiked over 50%; murders have already surpassed 2019’s total. Chicago gun violence is on pace to reach alarming numbers not seen since the 1990s.

Military Generals Are Just Another Group Of Self-Interested Technocrats