Cathie Wood of ARK Invest – who appears to us to have basically made a name for herself by betting that the Securities and Exchange Commission and the Department of Justice have no interest in doing their job when it comes to anything associated with Elon Musk – said last week she was “happy” to see Tesla shares “get slapped” and was, of course, buying more.

The head of ARK Invest was not phased by an $82 billion drawdown in Tesla’s market cap over the course of just one trading day. In true @BagholderQuotes fashion, she instead reminded the market of the age old Buffett adage of “you don’t loose if you don’t sell” by buying even more shares. 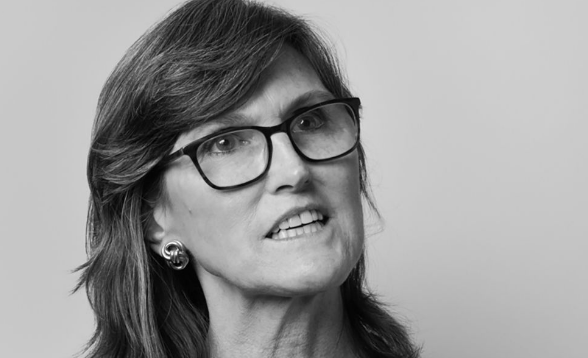 “We wait for those sorts of days where there is outright fear,” she said of a company participating in an index that has doubled off its lows in less than 6 months thanks to a Fed and Softbank induced manipulation frenzy. “If we think the stock has dropped enough, we’ll move in, and we did.”

“I was happy to see it get slapped,” she commented.

Tesla was, in fact, slapped this month, falling 21% after it was announced that the company was snubbed for entry into the S&P 500. Wood says she used that as an “opportunity” to boost ARKK’s $8.4 billion ETF’s position in the name to 10.7% from 9.9%. Shares are up almost 35% since then, once again validating Wood’s investment strategy, which appears to be betting that economic reality as it relates to public companies no longer exists.

Also furthering that line of thinking are various sell side “visionaries” who have all raised price targets ahead of Tesla’s Battery Day event. We’re guessing they haven’t learned much from the company’s Solar Roof reveal, but we digress…

Wood’s funds have been top performers this year; ARKK and ARKW have returned more than 78% so far in 2020. 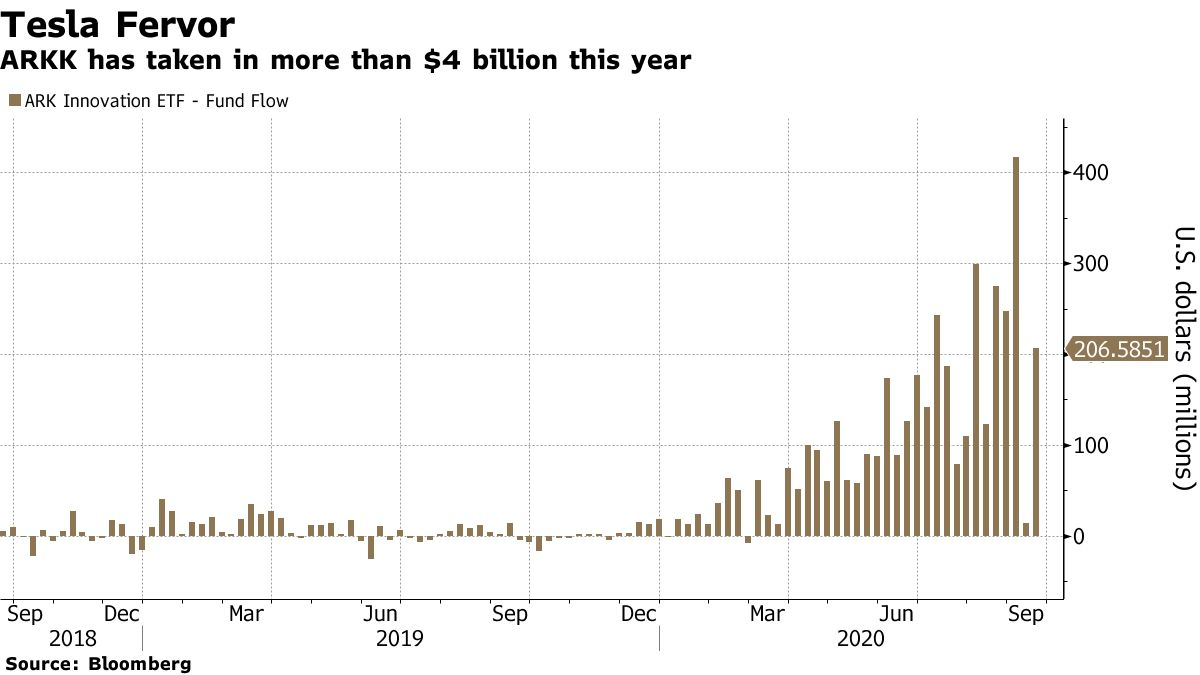 Wood called the bounce in shares “a sign of resiliency” from the market, stating: “When I don’t see enough worry, then I start worrying. I’m happy now that more people are worrying about more things. I always say the strongest bull markets climb a wall of worry.”

Continuing speaking about her firm’s due diligence on Tesla, she concluded (we swear we are not making this up): “As we’re updating our models, we’re being more optimistic on it.”

“Nothing has changed in our models except to the upside.”

COVID, hurricanes, wildfires, politics: 2020 is an American nightmare that's wearing us out

COVID, hurricanes, wildfires, politics: 2020 is an American nightmare that's wearing us out