Residents of a Southeast Portland neighborhood are furious after police took 90 minutes to respond to a bizarre hostage situation last week, when a man ran into an apartment with a 12-year-old boy inside, grabbed a knife, and eventually fled after a standoff with the boy’s father. Neighbors chased the man down and cornered him, but he ran off again before police arrived. 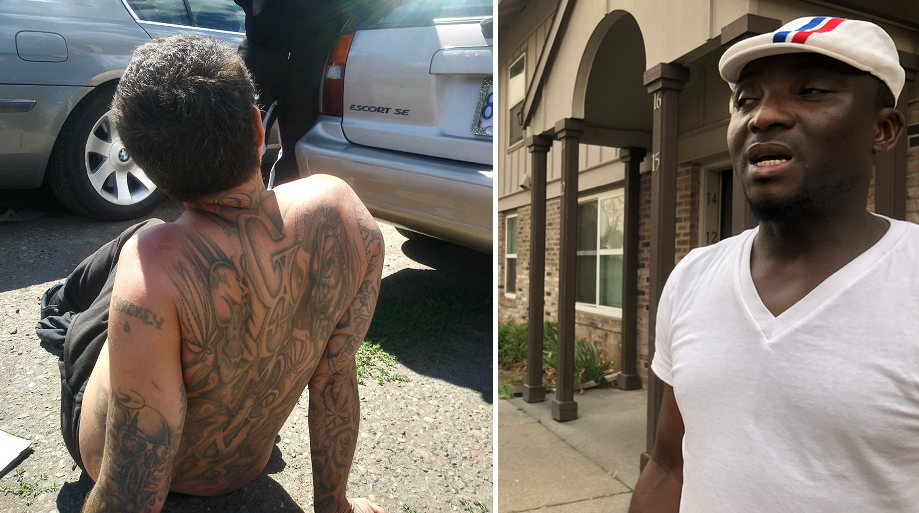 “I was so scared,” said Henry Kirim, who was searching for a missing bank card in his car when the man ran inside. After Kirim went back inside, the man charged at him with a knife and a 20-pound dumbbell he found in the apartment.

When Kirim sprinted back to the apartment and unlocked the door, he saw the man grab a large knife from his kitchen counter. Kirim’s son, trembling and crying, was behind the stranger.

More than a half-dozen calls had come into 911 over the course of the bizarre ordeal. But that apparently didn’t speed the response.

The wait confounded and angered Kirim and his neighbors. They wondered what it would take for police to respond if not an armed man placing a child in jeopardy.

“Every neighbor here was expecting the police to come. We called about a million times, and the police would not show up,” Kirim said. –Oregon Live

The police have acknowledged that the delay was unacceptable – however they cited a record number of retirements and fatigued officers who have been covering months of BLM protests.

“This is not the service our community expects, nor is it what we want to provide,” said Deputy Police Chief Cris Davis.

That said, 49 officers have retired and nine have resigned since July. According to Davis, other officers are injured or on vacation – leaving the bureau with around 310 officers on patrol divided between three precincts. 102 of those officers don’t have full training, Davis added.

In this case, officers were simultaneously responding to a tactical call in East Precinct which required a special team, as well as monitoring a violent clash between protesters downtown and preparing for chaos that evening.

The priority now is to respond to emergency calls “when there’s an active threat or a life safety issue,” he said, often leaving 80 to 100 lower priority calls holding during mass gatherings or what have been regular protests before historic wildfires gripped the state and hazardous air quality kept people inside in the last week. –Oregon Live

Kirim’s neighbor, Deja Sieles, was one of the people who called police during the knife incident – telling a dispatcher that several neighbors were holding the intruder down near her apartment.

“I told them what was going on, and the operator seemed to know because he had received so many other calls,” said Sieles. “I think it’s pretty sad because like anything could have happened to anybody here. It scares me because I can’t rely on the police to help us out.”

The first emergency call, presumably from a neighbor, came in at 12:41 p.m.: Intruder in the house. Has a knife. Boy still inside.

“They said police would be here,” Kirim said. “And no police came.”

Dispatch noted at 12:49 p.m.: “No units avail,” meaning no officers available to respond.

Over the next 15 minutes, the man with the knife ransacked the two-bedroom apartment. Then he suddenly ran out the back of the apartment, breaking down a screen door.

Neighbors and Kirim chased after him. They caught him less than a block away in a nearby driveway after he tried to enter another home.

Read the rest of the report here.