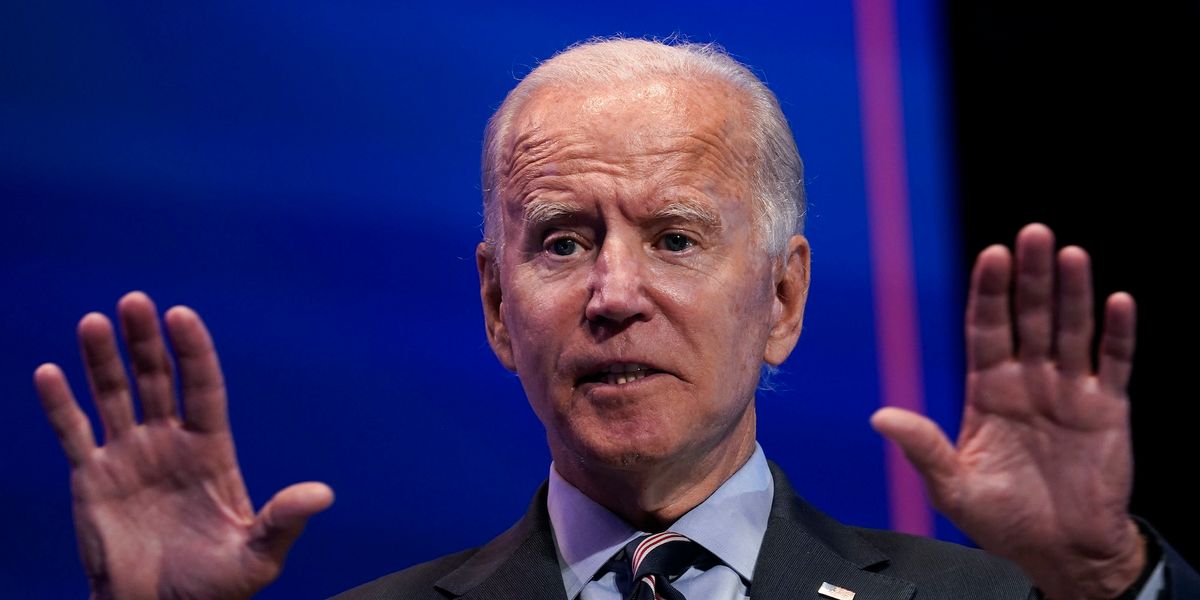 Democratic presidential nominee Joe Biden refused to say whether he’d sign on to a plan to pack the Supreme Court with more liberal justices if the Republicans are able to fill late Justice Ruth Bader Ginsburg’s seat on the high court.

The former vice president made the comments on Monday in an interview with WBAY-TV.

“Let me tell you why I’m not gonna answer that question. Because it would shift all the focus,” Biden said.

Democrats have tried to pressure the Republicans against trying to fill the seat, vacated by Ginsburg’s death, by threatening to expand the court and pack it with more liberal justices. The Constitution does not stipulate how many justices should be on the Supreme Court.

“That’s what he wants, he never wants to talk about the issue at hand he always tries to change the subject,” Biden said of the president.

“But let’s say I answer that question, then the whole debate’s gonna be about what Biden said or didn’t say. Biden said he would or wouldn’t,” he explained.

“The discussion should be about why he’s moving in a direction totally that’s totally inconsistent with what the founders wanted. The design in the Constitution it says, the design, voters get to pick the president, who gets to make the pick, and the Senate gets to decide,” Biden said.

“We’re in the middle of an election right now, you know, people are voting now. By the time this Supreme Court hearing would be held if they hold one, we’d in fact, we’d probably, there’s estimated 30 to 40 percent of the American people would already have voted,” he continued.

“It is a fundamental breach of constitutional principle,” Biden concluded.

On Monday, the Republicans in the Senate appear to have enough support from their party to move ahead with the nomination process once the president makes it.

Here’s the video of Biden’s comments:

“It’s a legitimate question, but… https://t.co/YWznHyW9k3