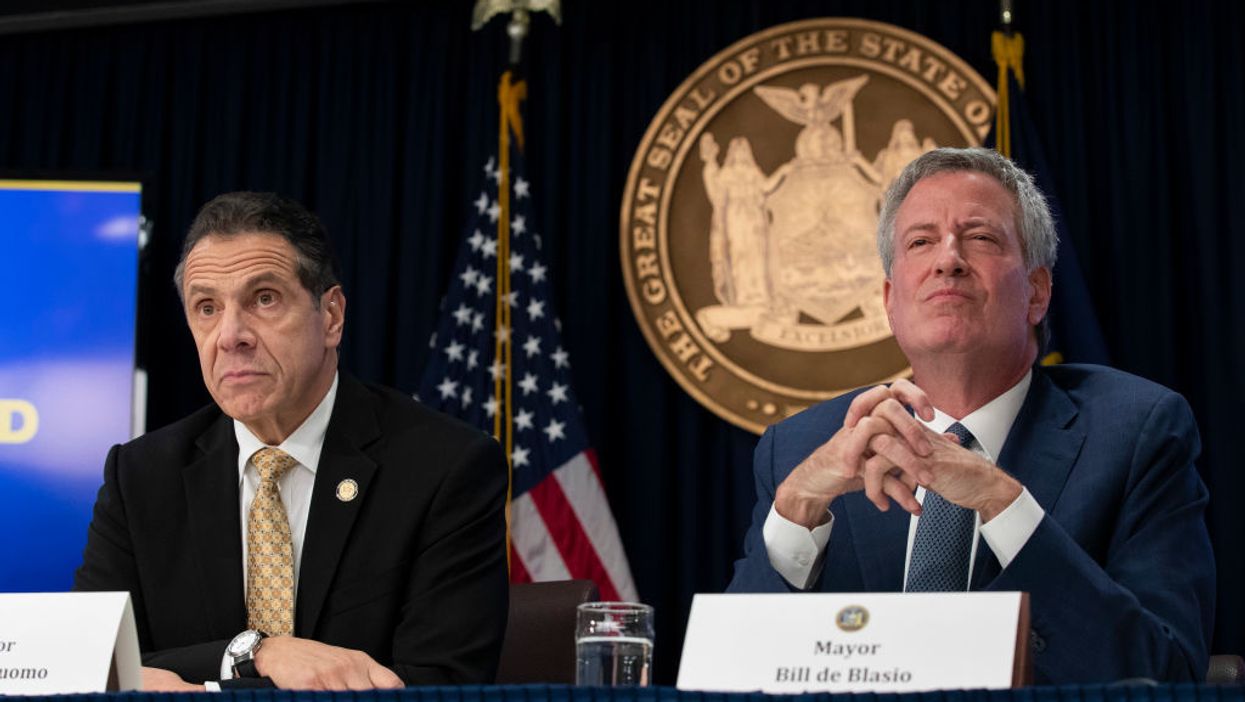 Over the weekend, the message “F*** CUOMO AND DE BLASIO” was painted in large, yellow block letters on a Brooklyn street.

According to the New York Post, the message, which appeared in similar style to the “Black Lives Matter” street murals that have appeared across the country, was painted early Saturday morning as a party, dubbed a “small business owner protest,” wound down.

“A few partygoers got the idea to paint in huge [letters, using] yellow paint with rollers on North 15th, ‘F*** Cuomo and de Blasio,'” one party attendee told the news outlet.

“The party continued. Everyone took photos,” the attendee added. “It was a big hit. The crowds cheered, even the cops chuckled.”

Unfortunately, not everyone was thrilled. Within 24 hours of the message appearing, city officials painted over the free speech expression.

Bucking widely held notions about municipal inefficiency, workers from the city Department of Transportation descended on the display less than 24 hours later — around 10 p.m. Saturday — to cover up the message with black, according to the attendee.

“They told the partygoers it came from up top and they were told the sign said ‘F–k the police,'” the attendee said, though it was unclear whether the workers meant that the order came from top DOT officials or City Hall.

The exact grievances against Cuomo and de Blasio were not made clear.

However, both Democratic leaders have earned fierce criticism over their handling of the coronavirus pandemic.

On one hand, Cuomo signed an executive order forcing nursing homes to accept COVID-positive patients, which triggered a tsunami of COVID deaths among nursing home residents. Cuomo has refused to accept responsibility or accountability for the deaths.

On the other hand, de Blasio has been slow to rescind strict COVID-related lockdown measures despite New York City, once the global epicenter of the pandemic, having very few cases.

In fact, just last week, de Blasio once again delayed the reopening of public schools in the Big Apple.

For weeks, restaurants have been forced to offer dining in the street. Fortunately for New Yorkers, indoor dining is slated to resume on Sept. 30, although with just 25% capacity.

"No question about it": Former Watergate prosecutor predicts Trump and Ivanka may end up behind bars

On Gold, The Dollar, & Real Yields

"No question about it": Former Watergate prosecutor predicts Trump and Ivanka may end up behind bars

Democrats can blame their judicial philosophy for their Supreme Court meltdown