Remember the little boy who got pepper-sprayed at an anti-police protest while with his dad? Watchdog group finds incident wasn't intentional.
Skip to content
PoliticalHEDGE

Remember the little boy who got pepper-sprayed at an anti-police protest while with his dad? Watchdog group finds incident wasn’t intentional. 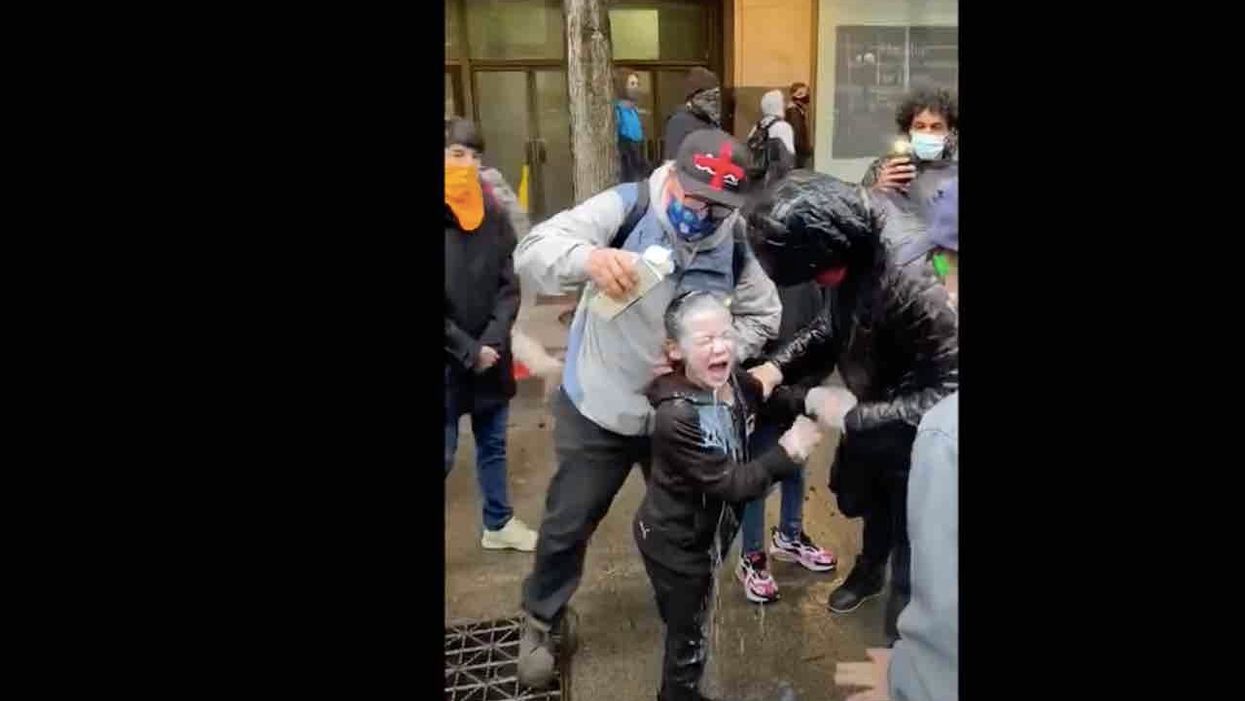 You may recall a viral video just as George Floyd protests heated up of a child screaming and crying in the middle of a street as adults douse his face with milk to lessen the sting of pepper spray. 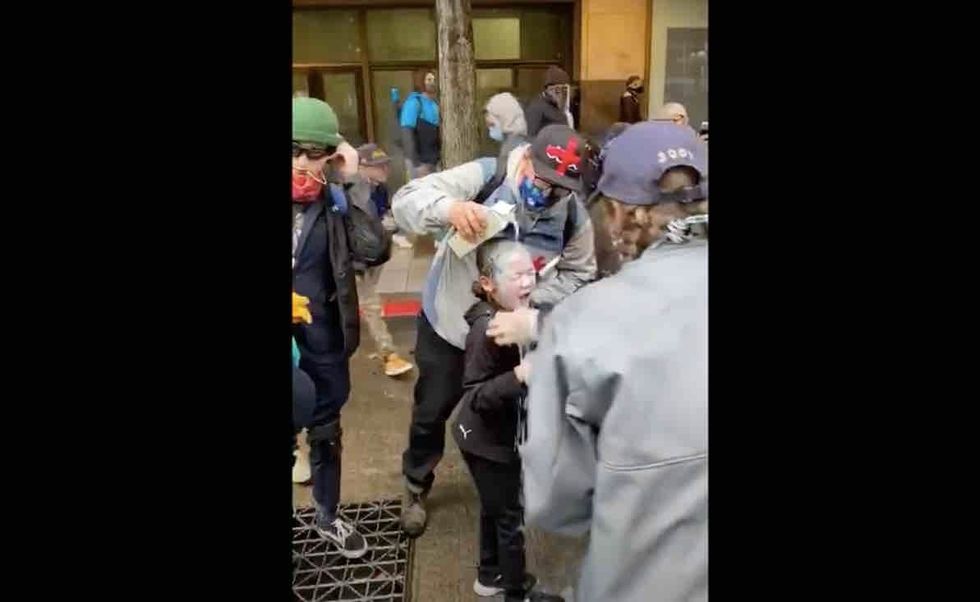 Some people deemed it outrageous that cops would do such a thing to a kid, while others wondered what the boy’s father was doing with his child at the May 30 anti-police protest in Seattle.

“OPA’s review of bystander and body-worn video found that the boy was not individually targeted,” the report states, according to the station. “He and his father moved towards a protester who had grabbed an officer’s baton and was pushing into the police line. An SPD supervisor used pepper spray to move the protester back. In response, the protester ducked, causing the pepper spray to inadvertently affect the boy and his father.”

OPA director Andrew Myerberg defended the board’s ruling to KOMO: “It’s clearly a directed spray toward someone who is breaking a line, and that force was appropriate for that person.”

The report added that “while the impact to the boy was an unfortunate result, he was not visible on the video at the time of the pepper spraying and therefore could not have been seen by the supervisor,” the station also said.

What did Dad have to say?

During the protest, video shows the boy’s father standing with his son just behind a line of protesters and hollering at police: “Look at his bitch ass!” he yells at one point. Then — balling up his fist — he yells at a cop, “He’s ready to swing somethin’ — his d**k ain’t that big, but that’s why [unintelligible] my black ass!” 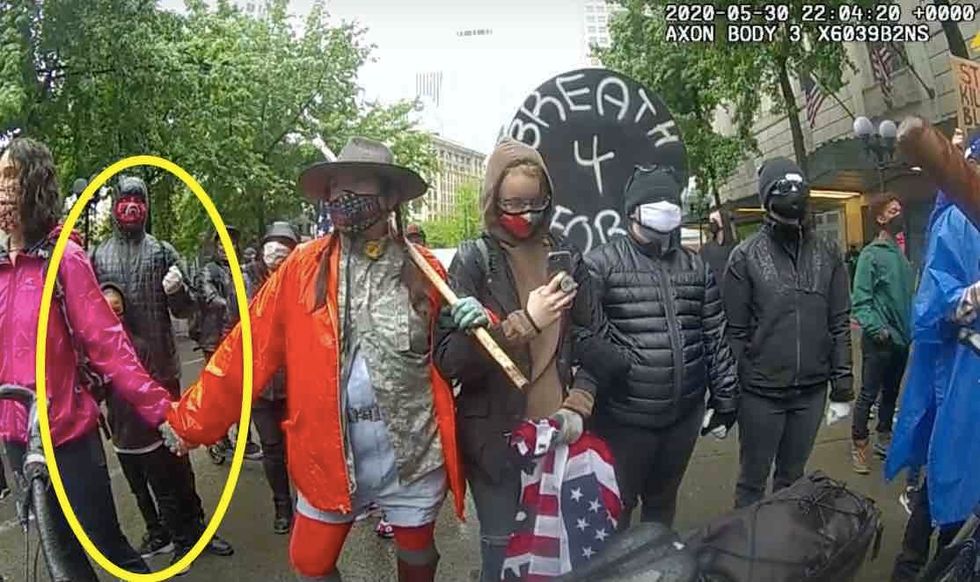 After the boy was hit with pepper spray, his father confronted police: “Hey, you’re a bitch! You just sprayed my 8-year-old son, you whore-ass motherf***er! F*** you!” 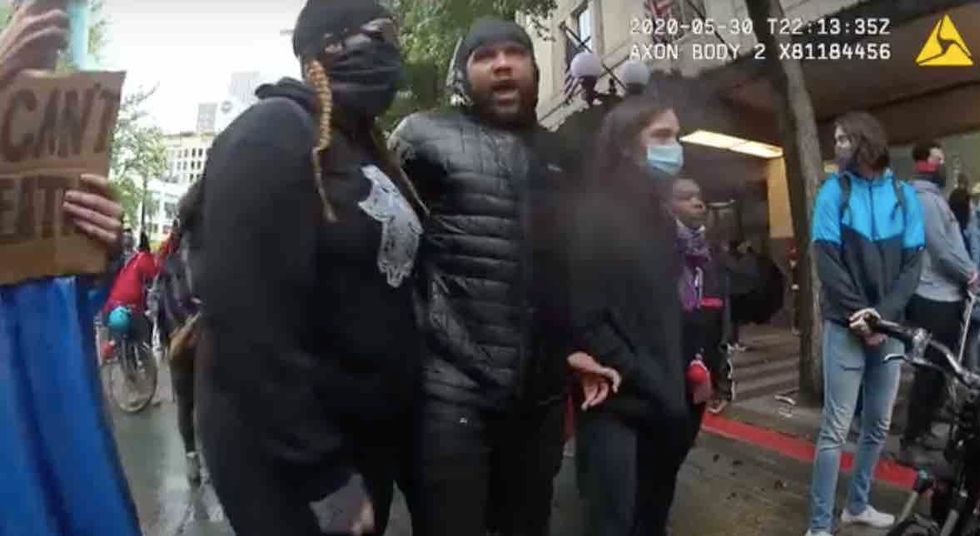 At a press conference over the incident, Mondo Avery seemed a tad more reserved in front of a camera and said in reference to his son, “I felt like I failed him because I couldn’t protect him.” 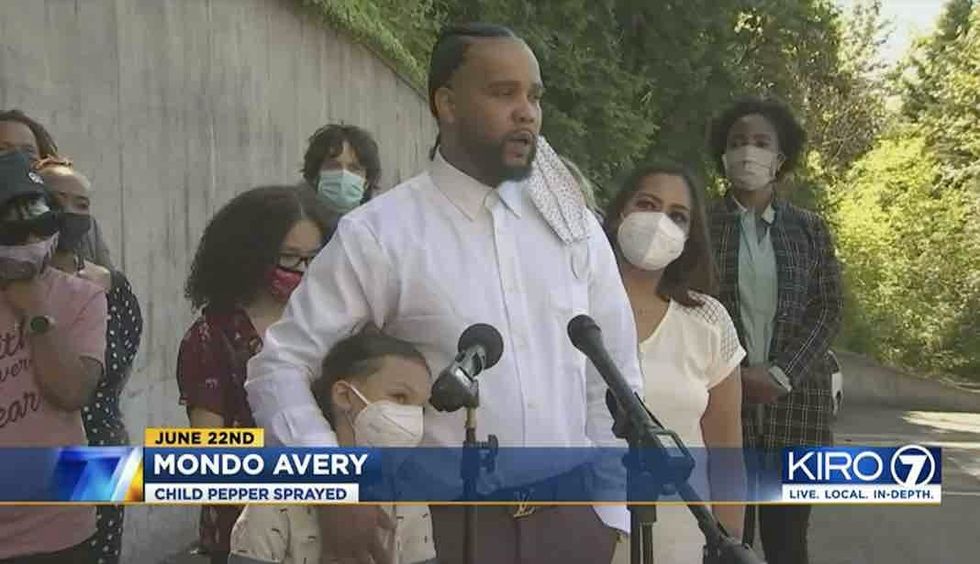 Here’s a statement submitted to
KIRO-TV on behalf of the boy’s family in response the the watchdog group’s finding:

We are deeply disappointed, but not surprised, by the result reached by the OPA. Today, they have confirmed that it is the Seattle Police Department’s position that the use of pepper spray in an intentional and reckless manner that it would strike an innocent child exercising their First Amendment rights is “within policy.” We understand the OPA has said it is “sorry” for these actions. But “sorry” and “regret” is not sufficient. We demand change. OPA did not address … whether the officers could have [taken] steps to prevent this from happening and, even further,
no police officers attempted to render aid to the child, making any apology tough to accept. Moreover, the OPA reached its conclusions by analysis and discussion of body camera footage — tapes that were not provided to the family or their legal counsel before today. The [OPA] also refuses to identify the officers who used force in this incident. All of this undermines the claims of objectivity and transparency that the City purports to value. We continue to demand change, and this confirms that it is still deeply needed because the City of Seattle continues to remain indifferent to the suffering its police, and other City officials, have caused to black and indigenous people of color for decades, including the Avery family.

The following is a compilation video from the Office of Police Accountability showing various clips from the May 30 protest. (Content warning: Language):

‘We’re one of the winners’: Record summer at Lake of the Ozarks

Gale Sayers, Bears’ Hall of Fame running back, dies at 77

‘We’re one of the winners’: Record summer at Lake of the Ozarks

Gale Sayers, Bears’ Hall of Fame running back, dies at 77

Finding Growth Stocks in the Teeth of a Bear Market