Kamala Harris agrees with audience member at town hall claiming America was built on 'racism, sexism and other evils'
Skip to content
PoliticalHEDGE

Kamala Harris agrees with audience member at town hall claiming America was built on ‘racism, sexism and other evils’ 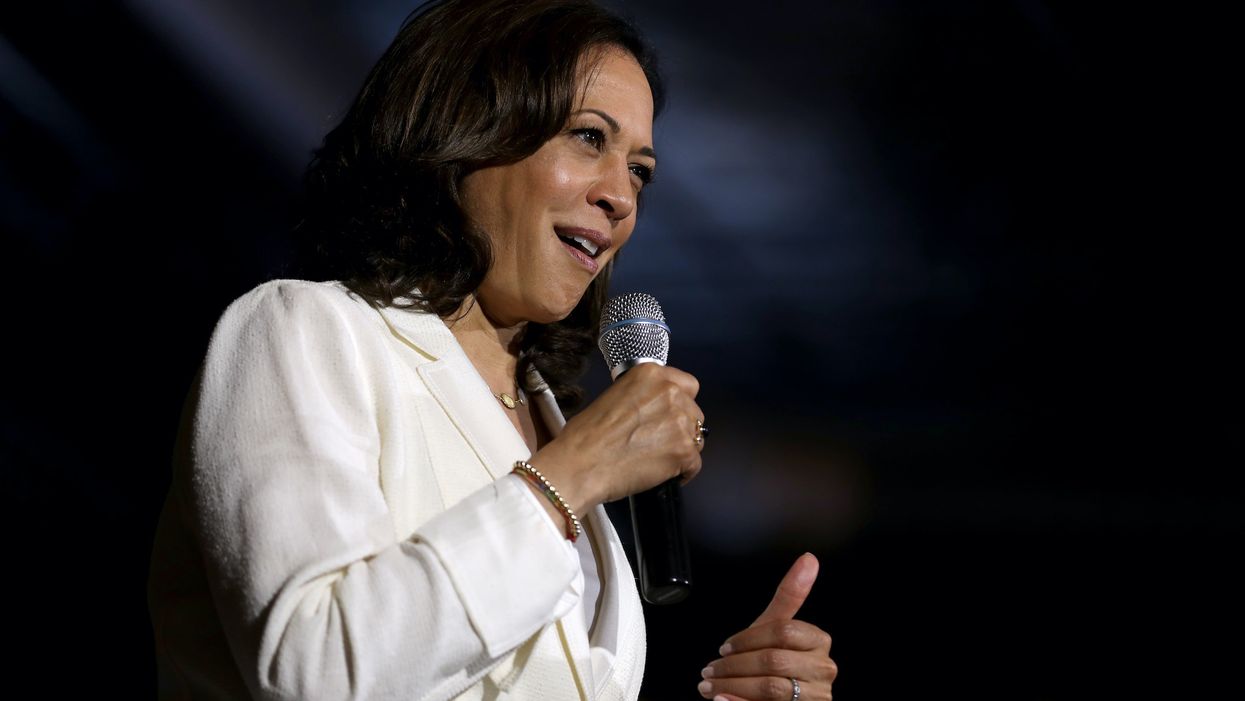 An audience member at a Joe Biden campaign event claimed that America was founded on “racism, sexism and other evils,” and vice presidential nominee Sen. Kamala Harris (D-Calif.) agreed with him in her response.

The incident occurred Tuesday at a campaign event in Detroit. The man was asking Harris a question and inserted the controversial claims into his preamble.

“On behalf of the [unintelligible] black student union, we want to know that given that America is built on racism, sexism, and other evils, how will you as vice president advocate, whether through policy or just through the powers that you know that you can advocate on, how will we resolve these injustices for the black community, and specifically, for black women?” he asked.

“Yes,” responded Harris. “Thank you and thank you for your own leadership. Um, part of it is that I’m gonna need your help, because one of the biggest problems on the topic that you have raised is the failure to speak truth about America’s history with race.”

“Literally trying to wipe out history!” she claimed. “They’re saying, there are senators and others, who are saying that basically, essentially, we should stop teaching the truth about racism in America.”

Harris then tied the question to expand spending on health care and to increase “access to capital” in the black community.

The event was touted as an “Honesty Shop Talk Roundtable” by the campaign.

Trump ordered the end of “critical race theory” as a standard of training at government agencies in a memo to the Office of Management and Budget.

“The President has directed me to ensure that Federal agencies cease and desist from using taxpayer dollars to fund these divisive, un-American propaganda training sessions,” the memo from the OMB director said.

On Tuesday, the president tweeted that he had expanded the order to apply to all companies that do business with the federal government.

“A few weeks ago, I BANNED efforts to indoctrinate government employees with divisive and harmful sex and race-based ideologies,” tweeted Trump.

A few weeks ago, I BANNED efforts to indoctrinate government employees with divisive and harmful sex and race-based… https://t.co/DsXFNmcPnZ

“Today, I’ve expanded that ban to people and companies that do business with our Country, the United States Military, Government Contractors, and Grantees,” he added in a second tweet.

“Americans should be taught to take PRIDE in our Great Country, and if you don’t, there’s nothing in it for you!” he added.