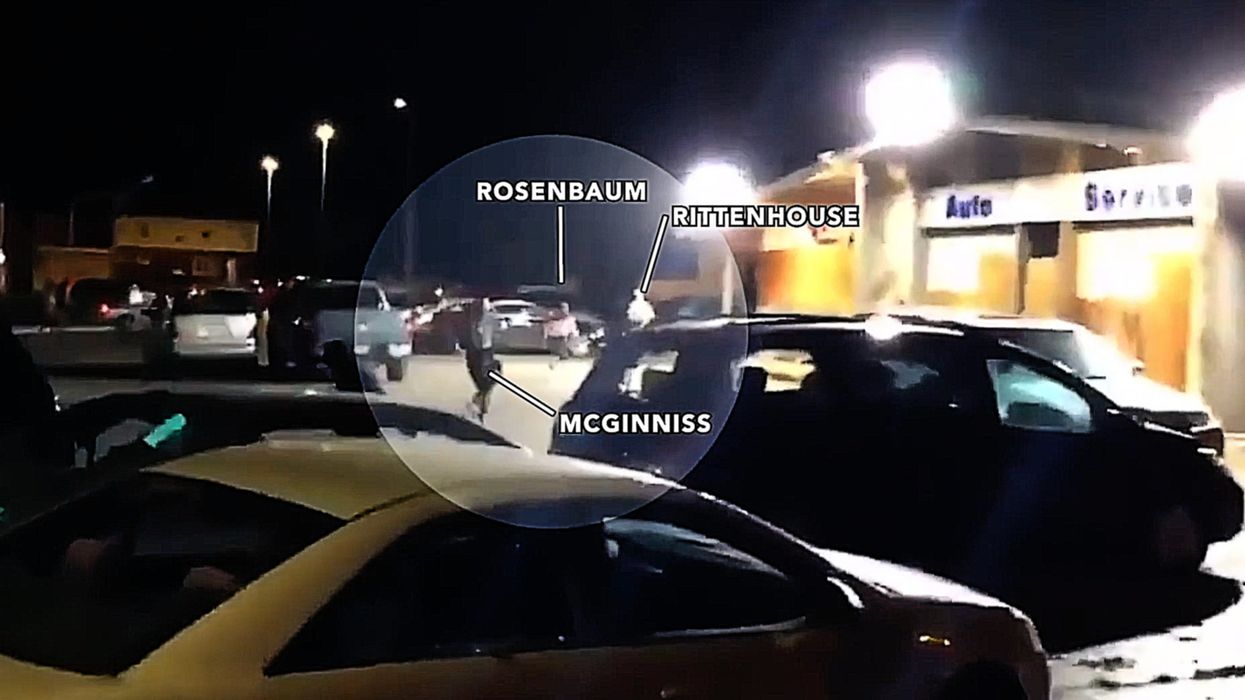 Rittenhouse faces murder charges after he allegedly killed two rioters in Kenosha, Wisconsin, and wounded another on Aug. 25 during ongoing protests. He is due to appear in court on Thursday for a hearing on his extradition to Wisconsin.

Protesters took to the streets late in August following the police shooting of Jacob Blake.

In an August statement, Rittenhouse’s legal team said, “Kyle did nothing wrong. He exercised his God-given, Constitutional, common law and statutory law right to self-defense.”

Attorney Lin Wood released the footage on Tuesday evening, arguing that all three shootings were self-defense. Wood also argued that his client was being rushed and “pinned” against parked cars on the Kenosha streets.

The footage — produced by Wood’s #FightBack Foundation — appears to show at least one gunshot before Rittenhouse even opened fire.

The video, titled “The Truth in 11 Minutes,” features a narrator discussing the new footage and depicts Rittenhouse’s version of events. In the video, Rittenhouse’s defense argues that at least one shot was fired before the first fatal shooting, which killed 36-year-old Joseph Rosenbaum, a Black Lives Matter demonstrator.

A portion of the video appears to show Rosenbaum engaging in a dispute with men guarding a nearby gas station in Kenosha, and Rittenhouse’s legal team argues that the decedent was furious that men guarding the gas station put out a dumpster fire that demonstrators reportedly had started earlier in the evening.

The video shows Rosenbaum repeatedly screaming, “Shoot me, n*****!” at one of the guards.

Later, the video shows Rittenhouse attempting to extinguish another fire, which his team says Rosenbaum helped light, and then features footage of a man appearing to be Rosenbaum, who is chasing after Rittenhouse.

The video then shows Rittenhouse fleeing into a nearby parking lot, closely followed by the man who appears to be Rosenbaum, as well as video journalist Richard McGinness.

The narrator says, “Directly in front of Rittenhouse, armed with bats and other weapons, a mob is forming a barricade.”

It is at that point viewers can see and hear a gunshot. Rittenhouse’s legal team identifies the source of the shot as protester Alexander Blaine.

Following the shot, Rittenhouse then turns on Rosenbaum and appears to open fire as Rosenbaum attempts to rush him.

Following Rosenbaum’s shooting, Rittenhouse attempts to call emergency services but is forced to flee after a crowd converges on the scene.

As he flees, the crowd gives chase and he trips. While on the ground, Rittenhouse is attacked by several other demonstrators, and the teen fires two warning shots into the air as demonstrator Anthony Huber strikes him with a skateboard. Rittenhouse fires at Huber once, killing him.

You can see the full video below. (Content warning: some viewers might find some portions of the video disturbing)


Kyle Rittenhouse – The Truth in 11 Minutes

Ocasio-Cortez mocks Trump for writing off $70,000 in hair styling on taxes — after she was ridiculed for $250 haircut