Leftist leans half her body out car window amid traffic to flip off Trump fans. Then cops pay her a visit — and much glee ensues.
Skip to content
PoliticalHEDGE

Leftist leans half her body out car window amid traffic to flip off Trump fans. Then cops pay her a visit — and much glee ensues. 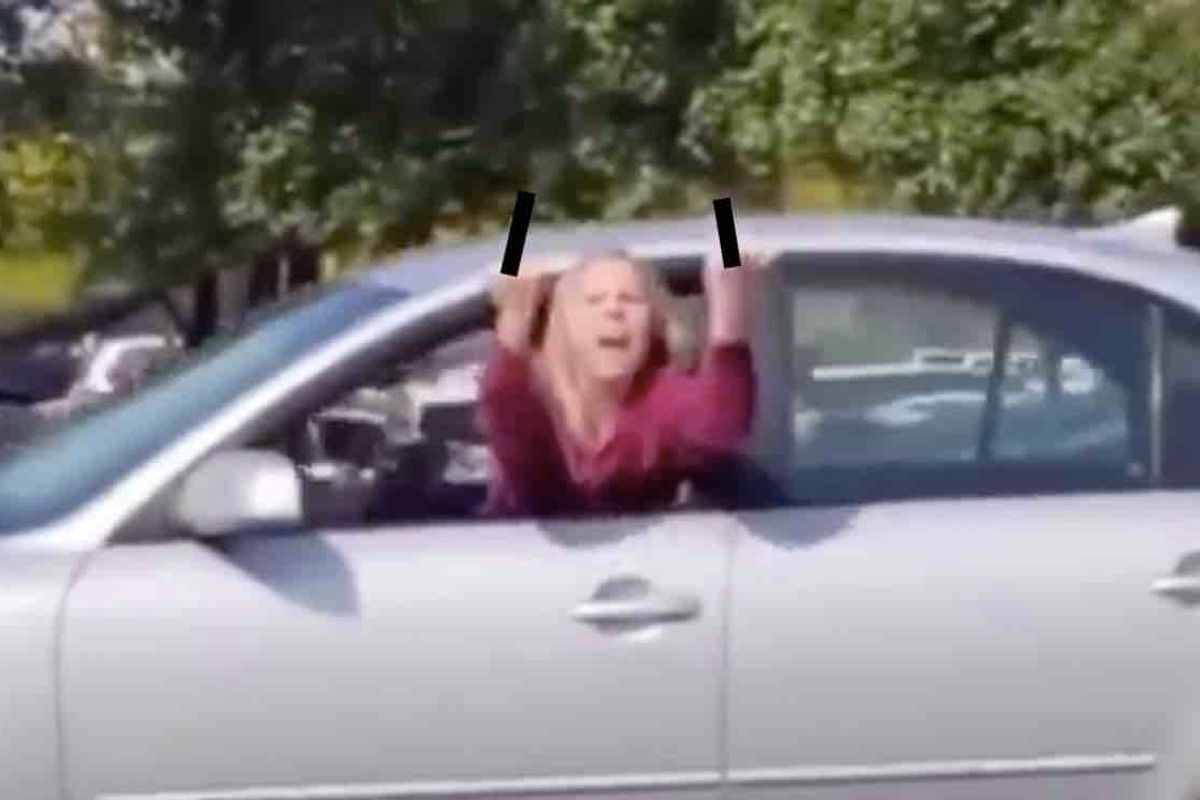 We don’t know when or where the video was recorded — but our funny bones sure are glad it exists.

A woman is behind the wheel of car during daytime traffic, and according to Twitter user WOP_45, she becomes enraged at attendees at a rally in support of President Donald Trump.

So triggered was she that the motorist is heard on the clip screaming obscenities — specifically “F*** Donald Trump!” And she underscores her rage with a middle finger: 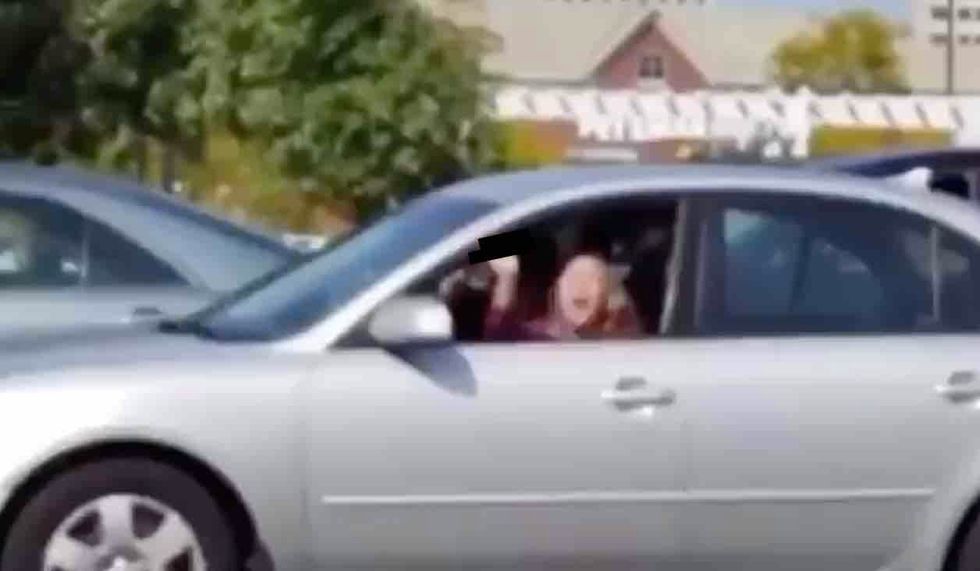 But the Trump fans just happily hoot and holler back at her, and then she loses it.

You see, while her first bird-flip takes place as she sits in the driver seat in a stationary vehicle, the outraged woman’s next act is offering a second message to the Trump faithful: A double middle finger as she leans half her body out the window — no seatbelt employed, natch — and while her car is in motion. 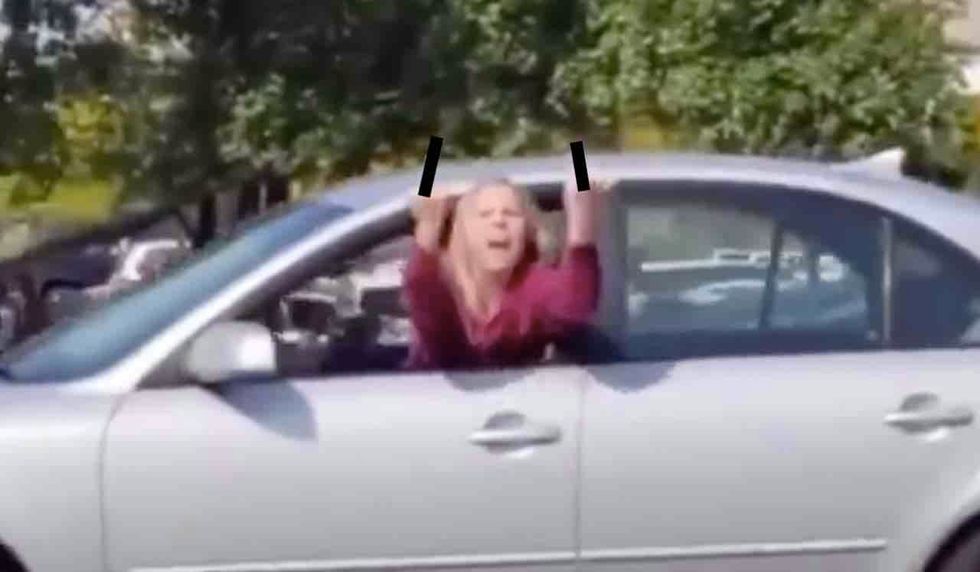 Whatever actually happened in those few seconds, there’s no mistaking the pair of police officers who walk up to her window. Maybe they saw her without her seatbelt on and not paying attention to traffic; maybe she did indeed hit the vehicle in front of her. Who knows? 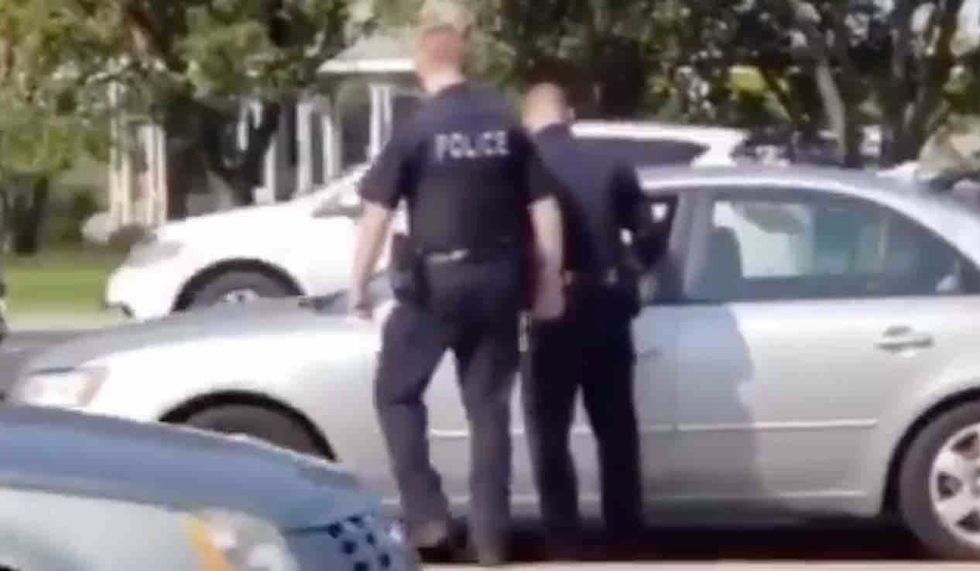 Regardless, as previously stated, we’re sure glad the clip exists — and it’s worthy of multiple watches.

KARMA IS A BITCH !!!
Biden supporter gets triggered over TRUMP street corner rally and causes a fender bender in fr… https://t.co/Z8J1KOc55f

What did commenters have to say?

It will come as no surprise that commenters on the video were overjoyed:

37 years ago, the world as we know it almost ended. Here’s the story of the unheralded man who saved it.

Huawei exec to accuse US of misleading Canada in extradition case