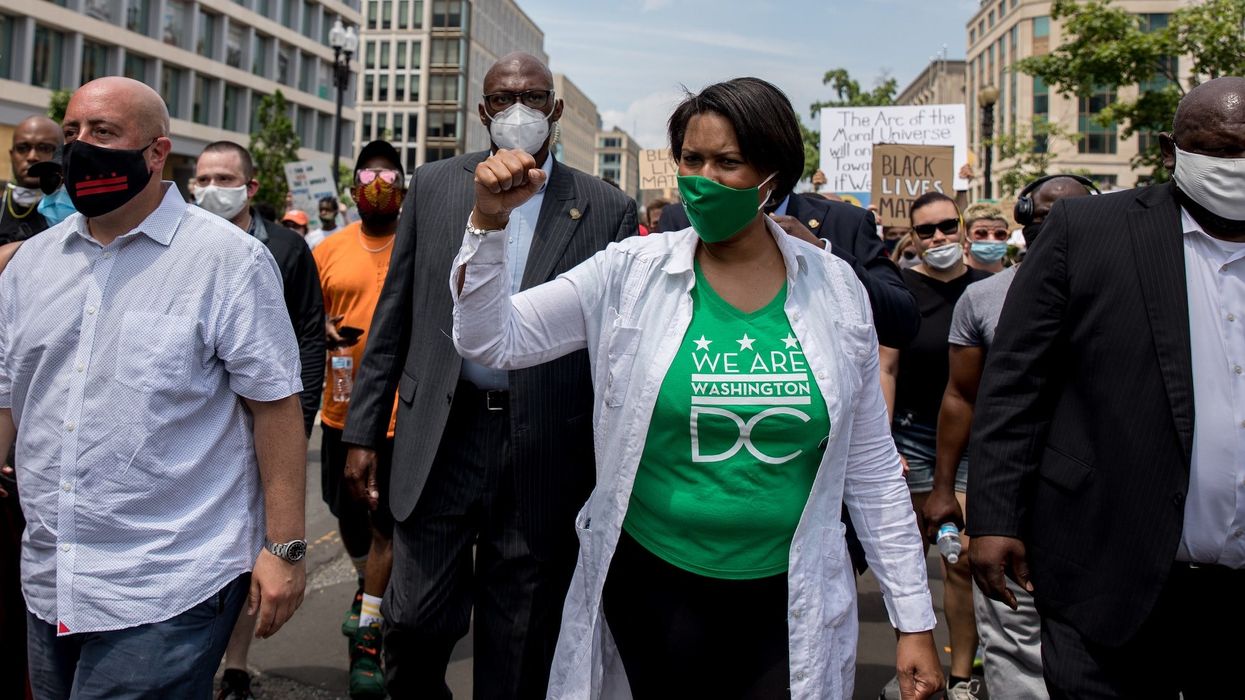 Included in Bowser’s lockdown executive order was a ban on gatherings of 10 or more people.

As the city progressed through the pandemic and cases flattened, the city eventually expanded the allowed sizes of gatherings to 50 and upped the limit to 100 people for worship services — whether indoor or outdoor.

But apparently the mayor had no problem with massive outdoor protests and rallies with thousands of people.

Now one large Baptist church in D.C. is taking the mayor to court for her worship restrictions.

Capitol Hill Baptist Church launched a suit against the mayor and the district in federal court on Tuesday for “violating its rights under the First and Fifth Amendments,” the lawsuit said.

The suit notes that while D.C.’s government has banned services with more than 100 people — even if held outdoors — city officials have facilitated and tolerated massive social justice protests, rallies, and events, the Washington Post noted. 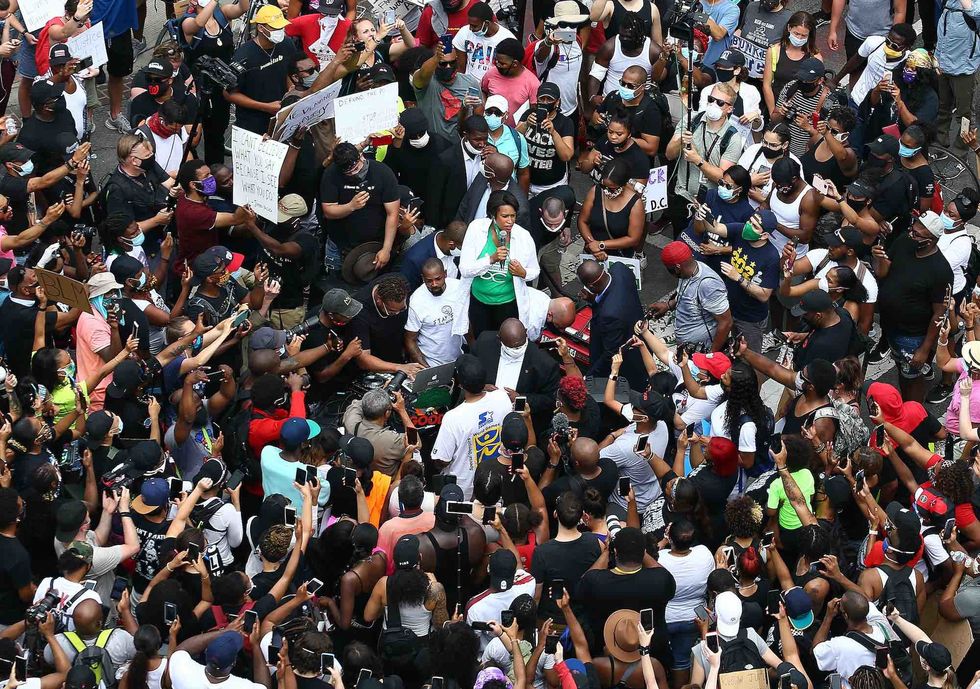 D.C. Mayor Muriel Bowser speaks to demonstrators gathered on the Black Lives Plaza during a protest against police brutality on June 6. (Photo by Tasos Katopodis/Getty Images)

CHBC, which has 850 members, the Christian Post reported, says in its lawsuit filed with the U.S. District Court that it began seeking a waiver from the mayor’s office to allow larger outdoor services on June 10 and never received an answer over the summer. The church says it then resubmitted the waiver request on Sept. 1, but the city still refused to rule until finally rejecting the application “last week.”

The suit goes on to point out that Mayor Bowser has appeared at or offered support for multiple large gatherings in the city.

For example, Bowser made a personal appearance on June 6 at a Justice for George Floyd protest in D.C., which had tens of thousands of attendees, CHBC’s lawsuit notes.

Also, the city’s police force was used to accommodate protests and marches of “thousands to tens of thousands of people” on at least four separate occasions over the summer, the suit states.

Bowser also made an appearance at — and encouraged others to attend — the Commitment March at the steps of the Lincoln Memorial and around the Reflecting Pool on Aug. 28. Before the event occurred, Bowser was asked about whether the city would enforce COVID-19 polices when it came to the rally, Bowser equivocated and then refused to answer further questions.

CHBC’s suit says the church was not bothered by the events, but was concerned over the city’s “discriminatory treatment”:

Faced with the District’s discriminatory treatment and with no end in sight to the legal ban on worship gatherings, CHBC’s membership reluctantly voted to initiate this lawsuit to reclaim their most fundamental of rights: the right to gather for corporate worship free from threat of governmental sanction.

In a statement Tuesday, Justin Sok, a pastor at CHBC, noted that the church has met in-person every Sunday since its founding in 1878, except for three weeks in 1918 when the country was dealing with the Spanish Flu, the Christian Post said. Bowser’s orders in March changed all that.

“Meeting in-person as one congregation is a deeply-held religious conviction for which there is no substitute,” Sok continued. “Our simple desire is to have a community and one that meets together safely.”

In a statement to the Washington Post, the Rev. Thomas Bowen, director of the mayor’s Office of Religious Affairs, said: “The pandemic has placed us all in a tough situation, leading us to make adjustments to all aspects of our lives. We have engaged with congregations to ensure houses of worship can plan their services in a way that it is safe for everyone.”

Every West Virginia county moves out of red coronavirus designation