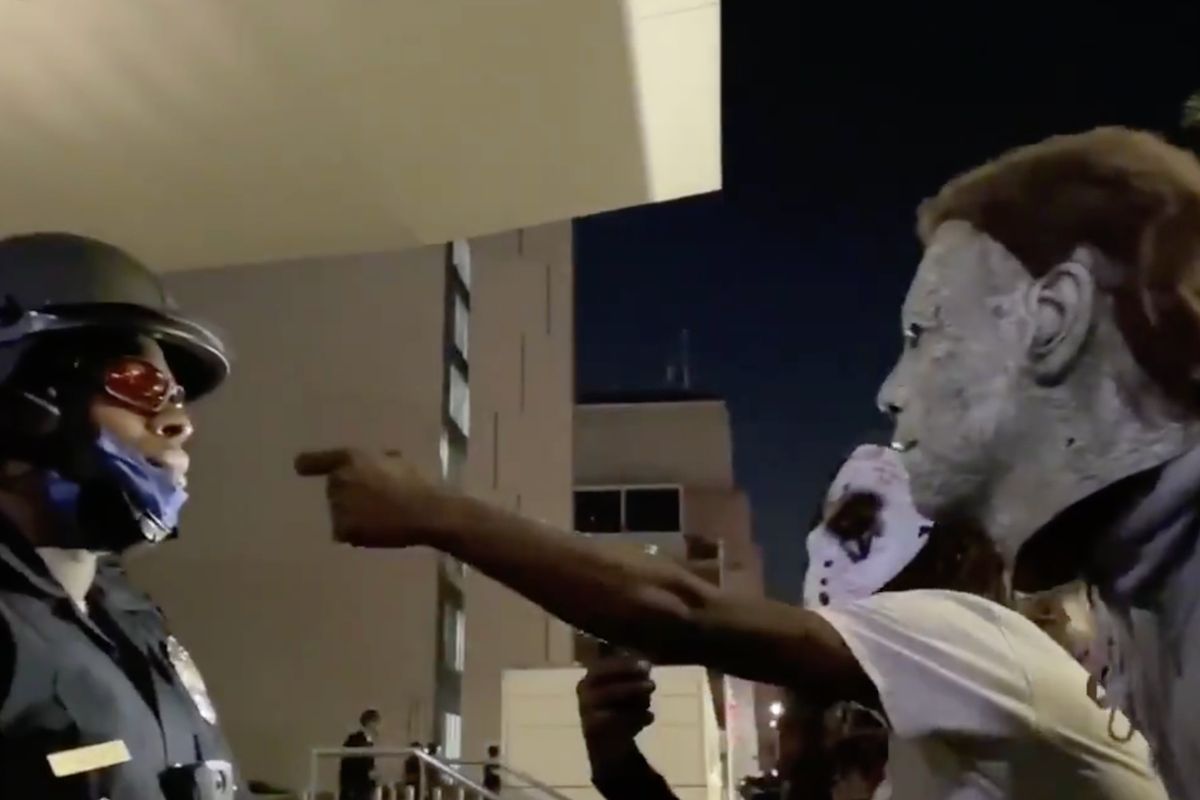 A Los Angeles police officer kept his cool even as angry rioters hurled insults and racial epithets at him during Wednesday night protests in the city.

Protests erupted across the country Wednesday night after a grand jury decided against bringing homicide charges against the officers involved in the shooting death of Louisville, Kentucky, resident Breonna Taylor.

You can read more about the indictment here.

According to a report from the
Daily Mail, demonstrators converged on an LAPD precinct to demonstrate following the announcement of an indictment of former Louisville police Officer Brett Hankison in the Breonna Taylor case.

Video captures the moment a group of angry agitators scream profanities and slurs at the black police officer. Some demonstrators wave their hands in his face and hold up their middle fingers, while others shine lights, blow smoke, and even mimic shooting a gun at the officer in question.

At least two members of the raucous group can be seen wearing Halloween masks.

The unidentified officer stoically stands by, staring the demonstrators in their faces and refusing to be moved by their anger.

At the time of this reporting, the video has been viewed more than 924,000 times.

According to the
Los Angeles Times, the large group of protesters demonstrated outside the city’s Hall of Justice.

Willie Baker, who has shown up to protest each Wednesday for the last several months, told the outlet that many more people came out to demonstrate following the news of the Taylor indictment.

“More should have been indicted,” he insisted. “If we do something, we go to jail like that. It’s time to start locking up the police, too.”

Vincent Irby, identified by the outlet as a criminal defense attorney, told the outlet that the decision didn’t surprise him.

“I understood this was going to come down to legalese, and I had a sneaking suspicion it would come down to this,” he told the Times.

Kat Pavplek, a friend of Irby, added, “Nothing has reformed, nothing has changed, and [police] keep killing people.”

LAPD Officer Mike Chance told the outlet that no arrests were made during the protest.