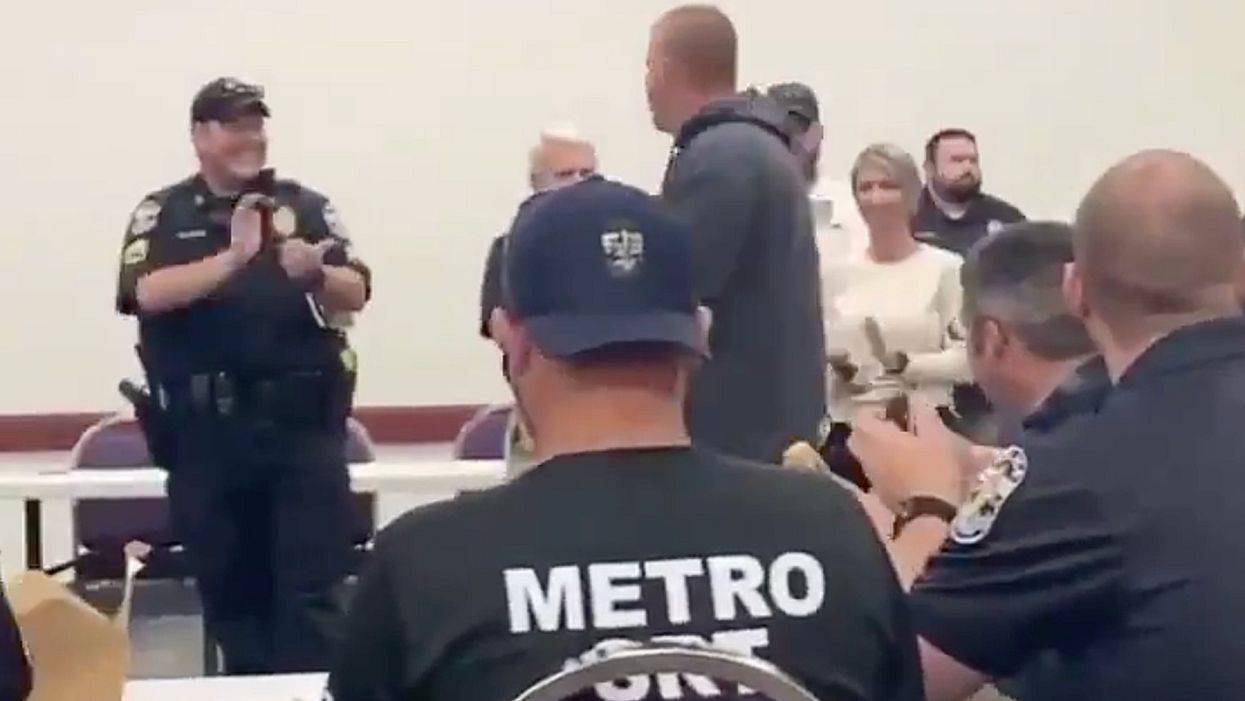 One of two Louisville, Kentucky, police officers who were shot during Wednesday night protests showed up for roll call the very night after he was shot and hospitalized.

Authorities arrested and charged Johnson with two counts of assault in the first degree and 14 counts of wanton endangerment in connection with the assault on Gregory and Desroches.

You can read more about the indictment in the Taylor case here.

Viral video shows the moment Gregory — wearing a hooded sweatshirt that appears to read “Nobody cares, work harder” — walked into a room where roll call was being held.

In the video of Gregory’s return, raucous applause erupts as the major, who is commander of the Louisville Metro Police Department’s Special Operation Division, humbly makes his entrance and waves off the attention.

On Thursday night, the department shared video of Gregory’s return to its Facebook page, writing, “Last night, two LMPD officers were shot in the line of duty during our response to the local protests.”

“We’re happy to share this short video of Majory [sic] Gregory, walking in to [sic] one of our roll calls less than 24 hours after being shot,” the posting continued. “Major Gregory is still recovering from his injury and is not back to full duty … yet.”

The post concluded, “The other officer shot is still recovering.”

At the time of this reporting, the video has been liked more than 9,600 times.

Johnson, who was taken into custody Wednesday night, is set to be arraigned on Friday.

In a statement, LMPD interim Chief Robert Schroeder said that the attack “could have been so much worse.”

“Last night’s situation could have been so much worse for our officers and for the people who were protesting when the gunfire rang out,” Schroeder said according to the Louisville Courier Journal.

“We are extremely fortunate these two officers will recover.”

The outlet reported that Johnson’s arrest citation said the suspect’s actions “showed an extreme indifference to the value of human life.”

Oregon’s youngest COVID-19 victim did not actually have the virus, according to CDC test

Kyle Rittenhouse, the teen charged with killing two in Kenosha, will fight extradition