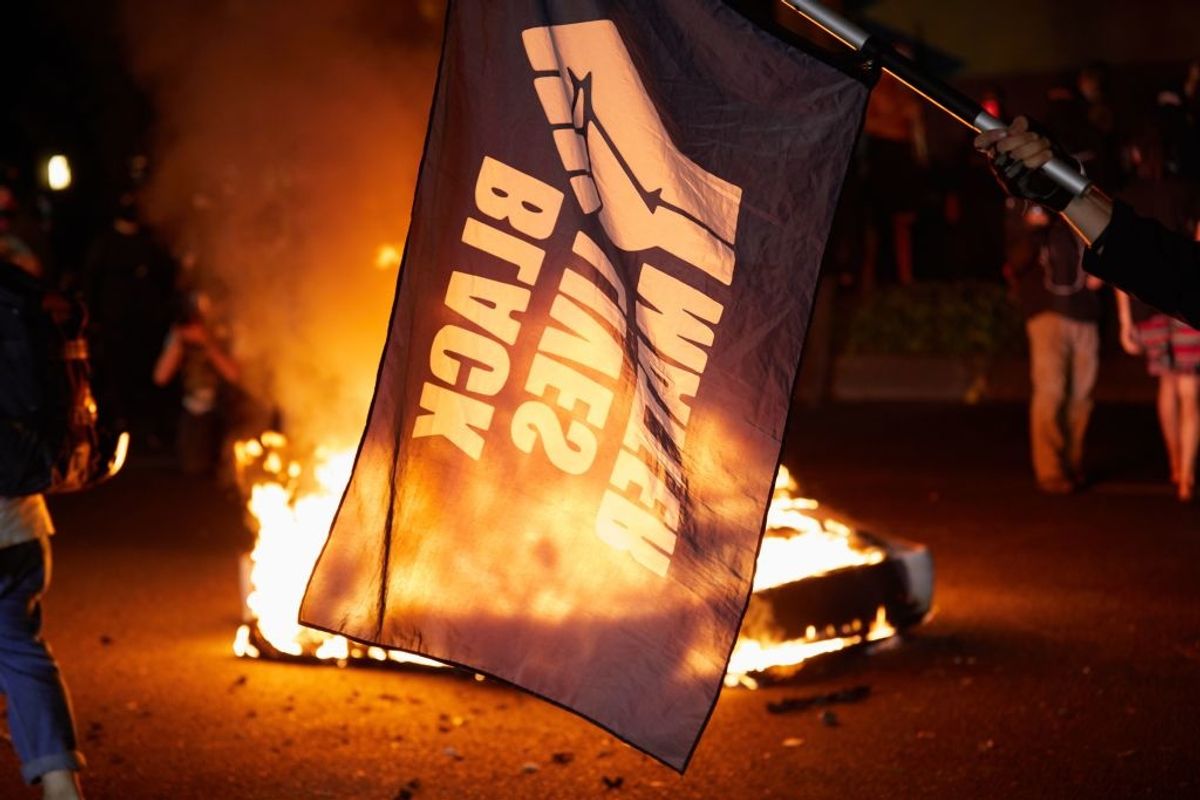 The public opinion of anti-police brutality protests and the Black Lives Matter movement has plunged significantly in the past few months following the nation’s biggest cities being besieged by frequent protests that have escalated into civil unrest and even fiery riots.

A new poll by The Associated Press and NORC Center for Public Affairs Research found that support for protests against police brutality has fallen substantially. Support for the protests by black Americans has dropped by 18%, from 81% in June to 63% the latest survey that was taken between Sept. 11-14. The decrease in support from white Americans was similar: a 19% decline, from 53% to 34%. Overall, support fell from 54% to 39%.

The poll of 1,108 U.S. adults, which was done online and by telephone interviews, found that the perception of the protests has soured. Now, 30% of Americans view the demonstrations as “mostly violent” compared to 22% in June.

Views of the police have also changed in the past few months. When asked, “How are police who cause injury or death treated by the justice system?,” 14% say “too harshly” compared to 6% in June. There were 65% who said the officers were treated “too leniently” in June, which dropped to 52% in September.

Democrats who support the Black Lives Matter movement was barely affected, a slight decline from 92% to 88%. Support plummeted amongst Republicans from 37% in June to 16% in September.

Support of BLM from Hispanic Americans was reduced from 77% in June to 66% in September. Black and Asian endorsements remained steady while support from white Americans dwindled from 60% to 45%.

A Fox News poll from earlier this month said that a large segment of Americans see Black Lives Matter demonstrations as riots rather than protests. The survey found that 48% of likely voters consider the protests as riots, compared to 40% who classify the demonstrations as protests.

There has been riots in Portland, Seattle, New York City, Rochester, and Kenosha, Wisconsin. The first riots were a response to the death of George Floyd in May in Minneapolis. Since then there have been protests and riots over the deaths of Breonna Taylor and Daniel Prude, and the shooting of Jacob Blake.

Earlier this month, a report from Axios found that the property damage from the riots and looting is now to be the “most expensive in insurance history,” estimated between $1 billion to $2 billion of paid insurance claims, which likely hurt the public opinion on the protests that turned violent and destructive.

Report: Obama once tried to persuade Ginsburg to retire before crucial election, but she refused

Kamala Harris praises ‘brilliance’ of BLM, says protests are ‘essential component of evolution in our country’

Is your startup the next Tik Tok?

Is your startup the next Tik Tok?