Authored by Tyler O’Neil via PJMedia.com,

President Donald Trump will nominate a woman to succeed Supreme Court Justice Ruth Bader Ginsburg on Saturday, and observers expect him to choose Amy Coney Barrett, a judge on the 7th Circuit Court of Appeals. On Friday, after news outlets reported that Trump would choose Barrett, HBO host Bill Maher saved the potential nominee for her Roman Catholic faith. Yet perhaps no one has given a better response to such anti-religious bigotry than Barrett herself.

“Apparently, the pick is going to be Amy Coney. We’re going to be saying the name a lot because she’s a f***ing nut. Religion, I was right about that one, too,” Maher said.

“Amy Coney Barrett. Catholic. Really Catholic. I mean really, really Catholic, like speaking in tongues. She doesn’t believe in condoms, which she has in common with Trump, because he doesn’t either. We learned that from Stormy Daniels,” Maher quipped.

Maher’s objection to Barrett appears to be grounded in the idea that charismatic Roman Catholics are some dangerous anti-science sect and so they cannot treat legal issues dispassionately. Rather than just attack Catholicism, he attacked the broader Christian trend of believing that people still speak in tongues due to the Holy Spirit (a controversial position in Christianity, but one that extends to a broad swath of Christians). He even suggested that Barrett could not be trusted because of “religion.” 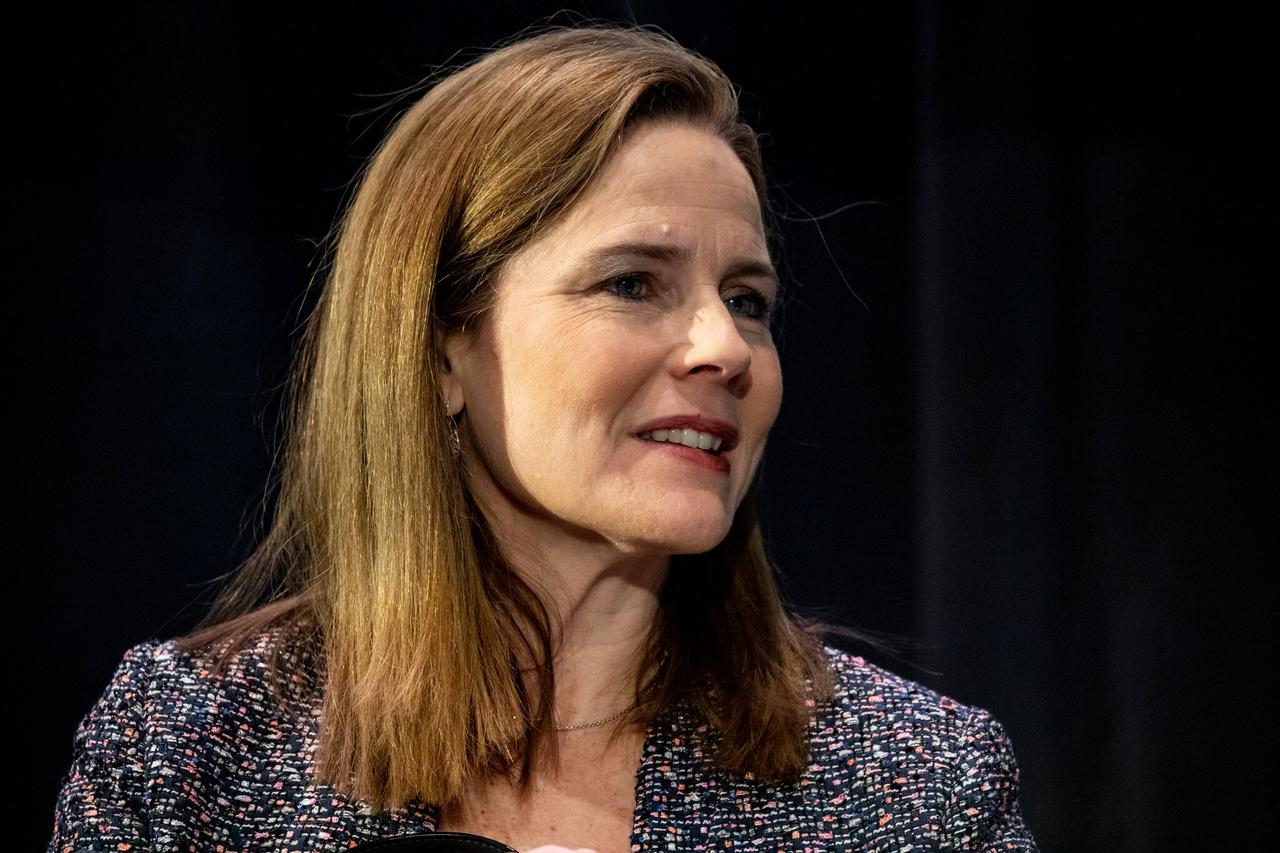 Yet Barrett is an originalist, which means she aims to uphold the original public meaning of the Constitution, rather than reinterpreting it in order to unilaterally amend the Constitution, writing her policy preferences in law as the Supreme Court did in Roe v. Wade (1973), creating a new “right” to abortion.

Maher was far from the first to attack Barrett for her faith.

Other attacks on Barrett’s faith

During Barrett’s confirmation hearing for the 7th Circuit Court of Appeals, Sen. Dianne Feinstein (D-Calif.) notoriously imposed something of a religious test.

“The dogma lives loudly within you,” Feinstein said, suggesting that Barrett’s religious convictions disqualified her from service on the federal bench.

After Ginsburg’s death, some on the Left have rushed to demonize Barrett. Washington Post book critic Ray Charles suggested that there was something nefarious to Barrett’s statement that she intends to pursue “the kingdom of God.” On the contrary, the “kingdom of God” is a common Christian phrase that has more to do with loving your neighbor as yourself than bringing about some kind of theocracy.

Similarly, Newsweek ran a story claiming that Barrett belonged to a secret cult-like organization that inspired Margaret Atwood’s book The Handmaid’s Tale. In truth, the pentecostal group to which Barrett belonged, People of Praise, had no connection with People of Hope, the group Atwood seized upon. Newsweek corrected the story but did not retract it.

Last year at an event with Hillsdale College, Barrett’s student Stephanie Maloney asked the judge “What role, if any, should faith of a nominee have in the confirmation process?”

“I mean, we have a long tradition of religious tolerance in this country. And in fact, the religious test clause in the Constitution makes it unconstitutional to impose a religious test on anyone who holds public office,” the judge explained.

“So whether someone is Catholic or Jewish or Evangelical or Muslim or has no faith at all is irrelevant to the job,” Barrett added.

“I do have one thing that I want to add to that, though. I think when you step back and you think about the debate about whether someone’s religion has any bearing on their fitness for office, it seems to me that the premise of the question is that people of faith would have a uniquely difficult time separating out their moral commitments from their obligation to apply the law. And I think people of faith should reject that premise,” she added.

“So I think the public should be absolutely concerned about whether a nominee for judicial office will be willing and able to set aside personal preferences, be they moral, be they political, whatever convictions they are,” Barrett explained. “The public should be concerned about whether a nominee can set those aside in favor of following the law.”

“But that’s not a challenge just for religious people. I mean, that’s a challenge for everyone. And so I think it’s a dangerous road to go down to say that only religious people would not be able to separate out moral convictions from their duty,” she said.

Quants Discover A Guaranteed Source Of Alpha: Just Trade Based On The Growth Of The Fed’s Balance Sheet

Highly-Educated Americans Are By Far The Most Closed-Minded; Gallup

Quants Discover A Guaranteed Source Of Alpha: Just Trade Based On The Growth Of The Fed’s Balance Sheet