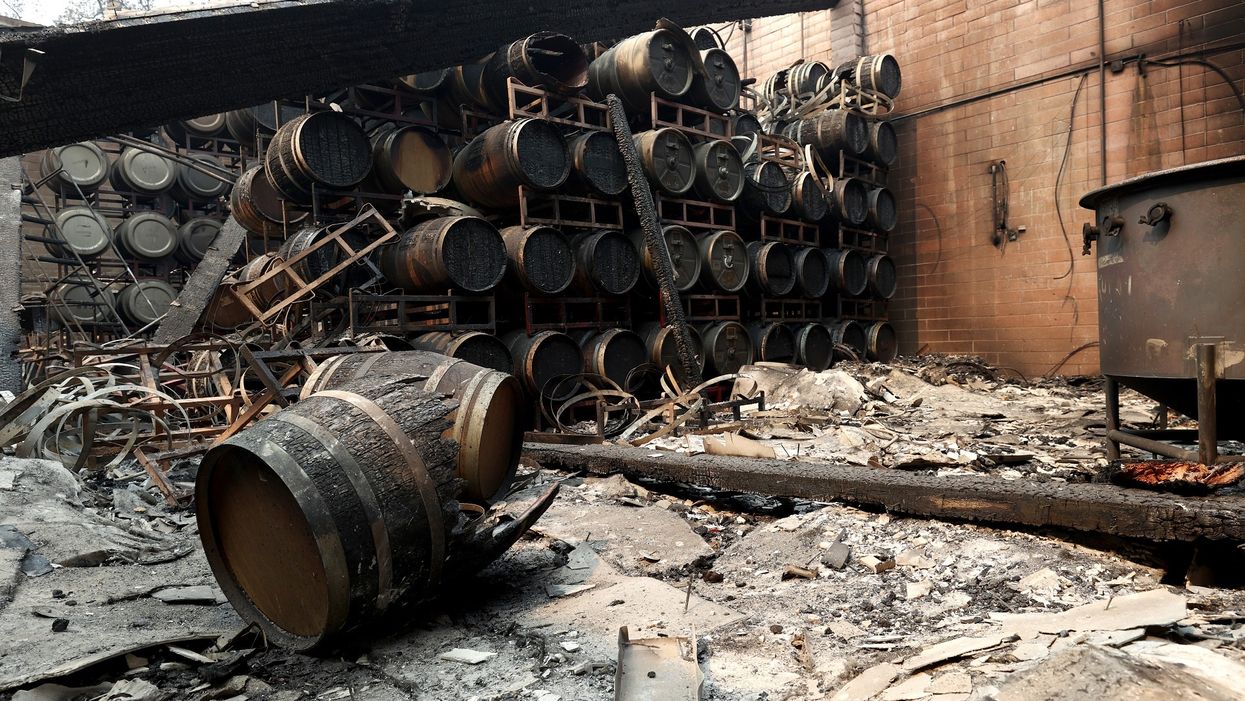 According to CalFire, as of Monday night, 113 structures had been destroyed by the fires and another 8,500 were under threat.

One of the properties destroyed was Fairwinds Estate Winery in Calistoga, the ruins of which are pictured above.

NBC News reported that “three people were killed in the Zogg Fire,” which “has burned more than 40,000 acres.”

According to Fox News, “some 70,000 people are under evacuation orders.”

“We left with nothing, I mean, just, literally with nothing,” one sobbing resident told ABC News. “We’re so lucky to be alive.”

The New York Times noted weeks ago that “California’s wildfire season is already the most severe in modern history, measured by acres burned,” reporting at the time that “more than 2.5 million acres of land have burned in the state this year, nearly 20 times what had burned at this time last year.”

The fires in California have now scorched over 3.7 million acres, and 28 people have died in them so far this year, NBC News reported.

Armenia and Azerbaijan vow to keep fighting as deaths mount

Armenia and Azerbaijan vow to keep fighting as deaths mount

NBA’s Adam Silver: Development of a vaccine is not a prerequisite to start next season with fans