Continuing his weeks-long feud with Bill Gates, whom he lambasted days ago for having “no clue” about electric pickup trucks, Tesla CEO Elon Musk has now taken more shots at the Microsoft founder while decrying the idea of taking the coronavirus vaccine during a podcast with Kara Swisher.

Musk said on the recent podcast that neither him, nor his children, are at risk of dying from Covid-19 and that, as a result, they would be unlikely to need the vaccine, according to RT. “I’m not at risk, neither are my kids,” he said.

Musk said: “This is a no-win situation. It has diminished my faith in humanity, this whole thing… The irrationality of people in general.”

He also spoke out against the global lockdowns (again), calling them a mistake and saying only the vulnerable should be in quarantine until after the virus passes. Musk had previously called the lockdowns “unethical” and “de facto house arrest”. 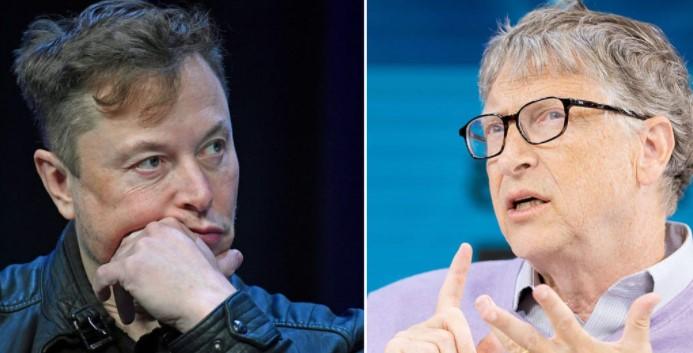 Speaking about Bill Gates, Musk said: “Gates said something about me not knowing what I was doing. It’s like, hey, knucklehead, we actually make the vaccine machines for CureVac, that company you’re invested in.”

Gates had previously said of Musk that he hoped he “doesn’t confuse areas he’s not involved in too much.”

When he was asked about the risk of the virus to his employees and their families, Musk responded: “Everybody dies.”

Recall, just hours ago, we reported that Tesla’s Nevada Gigafactory had the highest Covid case count out of all businesses in its county. The Gigafactory beat out many of the largest casinos in Reno and Sparks – and Saint Mary’s Regional Hospital and the VA Hospital.

The Gigafactory reported 117 cases, more than 5 times the local hospital and 6 times what the local VA hospital reported. The number of Washoe County coronavirus cases since June, listed by workplace, were as follows:

County spokesman Scott Oxarart said: “This data shows that COVID-19 is still prevalent in our community. People are frequenting places while infectious and are making it possible for future transmission. It’s important to remember that if you’re showing symptoms like fever, shortness of breath, coughing, or even symptoms such as sore throat, headaches, upset stomach, you should stay home and only go out to get a COVID-19 test or receive medical treatment.”