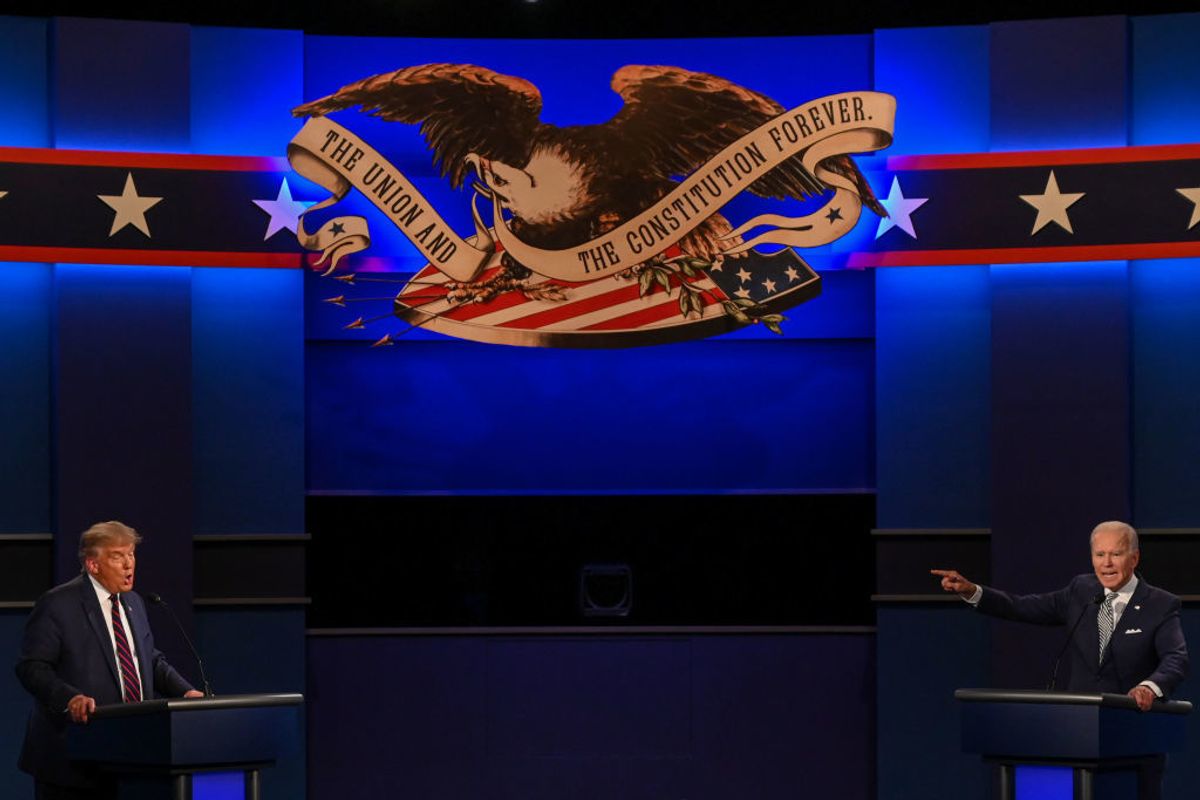 There could be significant changes in store for the upcoming presidential debates. The independent commission that oversees the presidential debates says it is “carefully considering” making changes to the rules for the next debate between President Donald Trump and Democratic presidential nominee Joe Biden.

The first presidential debate was marred by both candidates and moderator Chris Wallace making interruptions. Personal insults and jabs were bandied about early and often during the discourse. After a public outcry that the debate was unwatchable because of the incessant interruptions, Wallace attempted to explain what went terribly wrong during the first debate, and said he “never dreamt that it would go off the tracks the way it did.”

“I’ve read some of the reviews, I know people think, well, gee, I didn’t jump in soon enough,” the Fox News anchor said. “I guess I didn’t realize — and there was no way you could, hindsight being 20/20 — that this was going to be the president’s strategy, not just for the beginning of the debate, but the entire debate.”

The Commission on Presidential Debates thanked Wallace for moderating Tuesday’s presidential debate in Cleveland and hinted that changes are coming.

“The Commission is grateful to Chris Wallace for the professionalism and skill he brought to last night’s debate and intends to ensure that additional tools to maintain order are in place for the remaining debates,” the Commission on Presidential Debates said in a statement released Wednesday.

“Last night’s debate made clear that additional structure should be added to the format of the remaining debates to ensure a more orderly discussion of the issues,” the commission added. “The CPD will be carefully considering the changes that it will adopt and will announce those measures shortly.”

To limit unorderly mudslinging, many have suggested that the moderators be given the capability to mute the microphones of Trump and Biden.

“One possibility being discussed is to give the moderator the ability to cut off the microphone of one of the debate participants while his opponent is talking,” an anonymous source familiar with the deliberations who was not authorized to discuss the matter publicly told The Associated Press.

On Thursday morning, CBS News reported that an “informed source” told them that the CPD would spend the next 48 hours determining “strict new rules” for the next debate. The source said that “we are going to be making changes” to the debate’s guidelines. The rule changes will not be subject to negotiation for the two campaigns, the report states.

Allowing moderators to mute mics of candidates who break the rules is reportedly at the “top of the list.”

EXCLUSIVE: @CBSNews has learned the Commission on Presidential Debates plans to issue strict new rules in the comin… https://t.co/zvouKimCbj

Wallace argued that cutting off the mics is not an effective remedy to prevent the barrage of interruptions.

“As a practical matter, even if the president’s microphone had been shut, he still could have continued to interrupt, and it might well have been picked up on Biden’s microphone, and it still would have disrupted the proceedings in the hall,” the “Fox News Sunday” host said.

Tim Murtaugh, communications director for the Trump campaign, slammed the potential rule changes by the Commission on Presidential Debates.

“They’re only doing this because their guy got pummeled last night,” Murtaugh said in a statement. “President Trump was the dominant force and now Joe Biden is trying to work the refs. They shouldn’t be moving the goalposts and changing the rules in the middle of the game.”

“He’ll be focused on answering questions from the voters there, under whatever set of rules the Commission develops to try to contain Donald Trump’s behavior,” she said in a statement. “The president will have to choose between responding to voters about questions for which he has offered no answers in this campaign — or repeating last night’s unhinged meltdown.”

The vice presidential debate between Vice President Mike Pence and Sen. Kamala Harris is scheduled for Oct. 7, and will be moderated by USA Today’s Susan Page.

Fox News’ John Roberts lashes out at critics on Twitter over his question to Kayleigh McEnany: ‘I’m tired of it!’