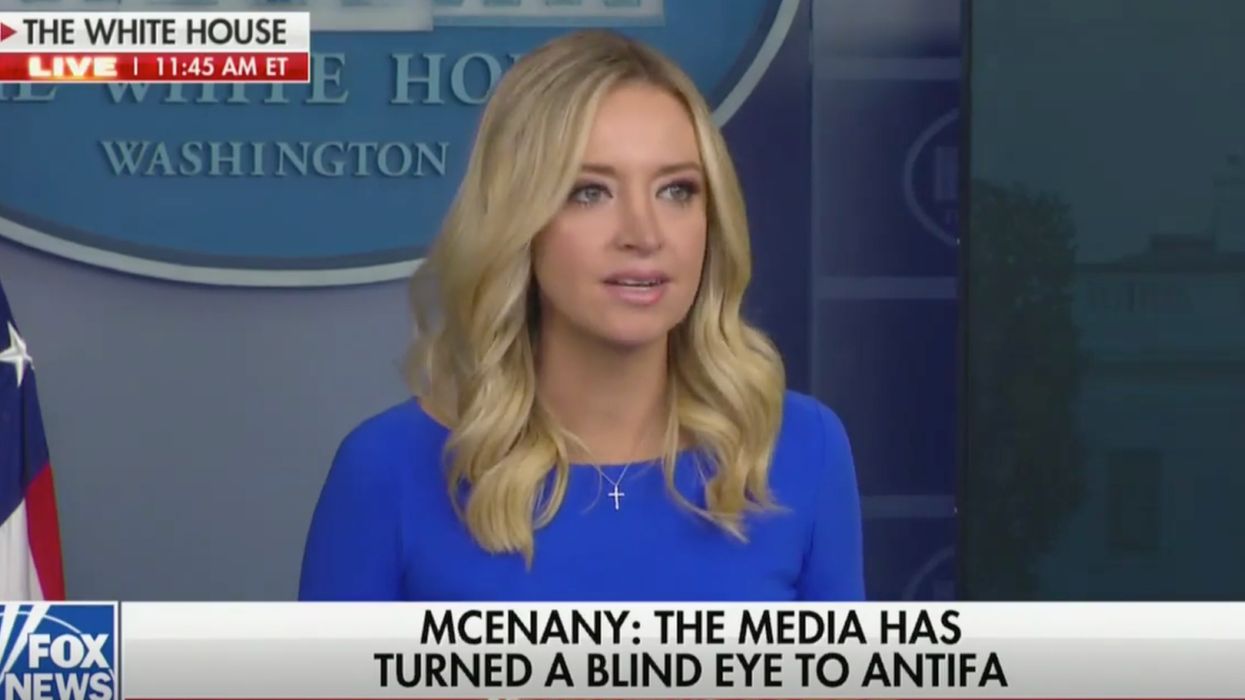 White House press secretary Kayleigh McEnany on Thursday went after the mainstream media and the Democratic Party for turning a blind eye to Antifa’s violence and destruction.

Kicking off the briefing, Fox News’ John Roberts asked whether the press secretary would be able to provide a “declarative statement” from the president that explicitly condemned white supremacy.

In response to his — and others’ — remarks, McEnany pointed to many of the president’s past remarks about denouncing the Ku Klux Klan and more.

She later pointed out that Trump has “denounced [white supremacy] more than any other president in modern history.”

“And in fact, something else lost upon the media is the absolutely turning of a blind eye to Antifa. Carrying the water for the Democrats, the media apparently agrees with Jerry Nadler that Antifa violence is a myth,” she said.

She then went on to cite examples when Democrats had apparent opportunities to publicly condemn Antifa, and pointed out various crimes and assaults perpetrated by those who claim to support Antifa.

“Ideas do not target police officers, ideas do not burn down buildings, ideas do not kill innocent Americans, organizations do,” she insisted. “And Democrats should condemn the shameful group the same manner President Trump continues to condemn white supremacy,” she said before dramatically ending the scrum.

Earlier in the briefing, McEnany also snapped at CBS reporter Paula Reid, who attempted to talk over McEnany when she was attempting to answer a question.

McEnany, while pointing out the president’s actions to denounce white supremacy — including a plan to “prosecute the KKK as domestic terrorists” — Reid interrupted and said that the president’s record was “mixed” on the topic.

McEnany fired back, “His record is not mixed in the slightest,” and attempted to provide more examples of such, but Reid continued to interrupt as the two talked over each other.

“Let me speak, Paula,” she demanded. “Paula, we’re not having a debate on a cable news network. Right now you need to let me finish. You need to let me finish. It’s quite funny that the media goes haywire about interrupting in debates, and then chooses to pursue that very same tactic themselves. This is a White House briefing. You ask a question and you give me time to answer.”

You can read more on the exchange with Reid here.