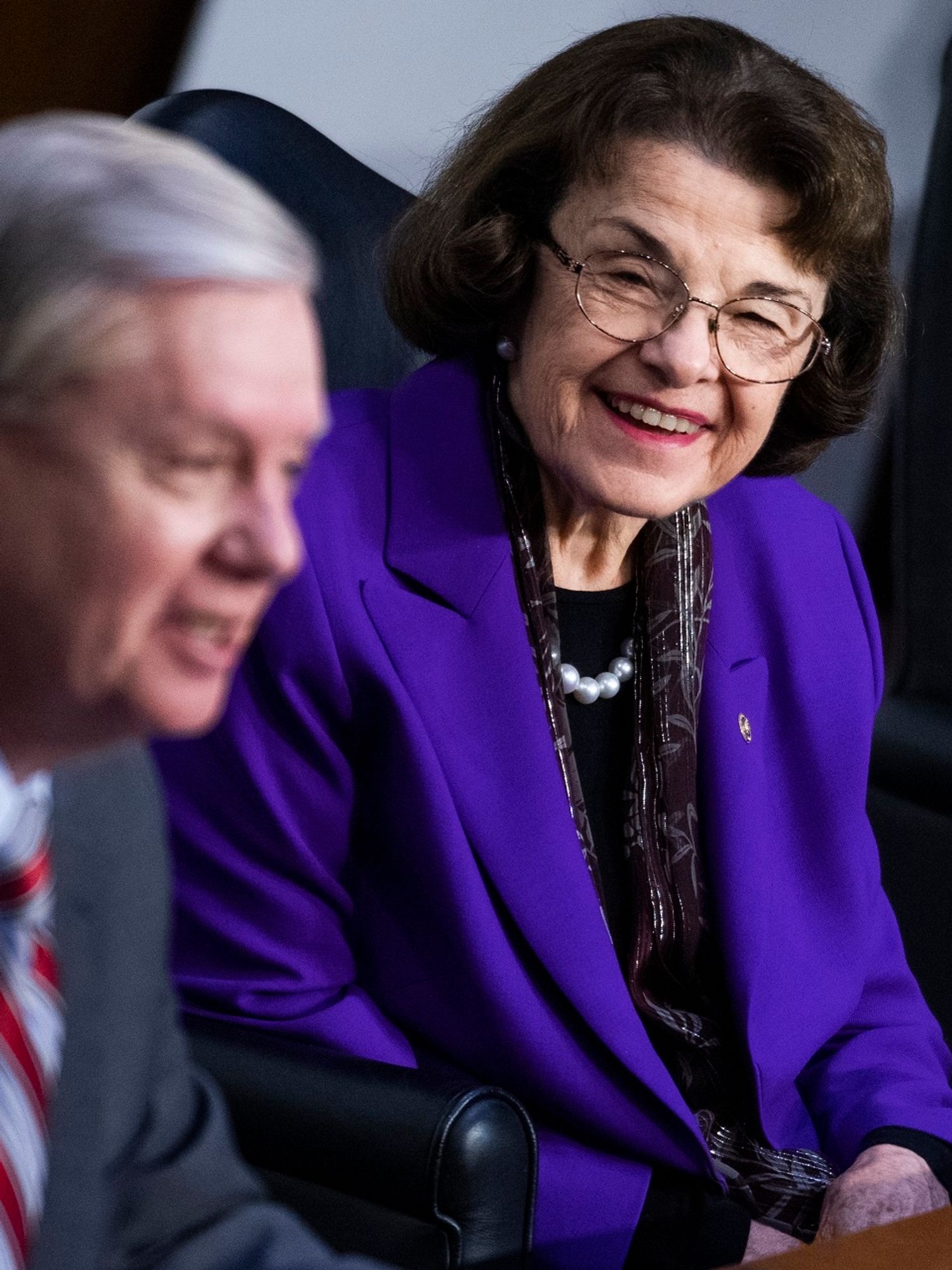 Democratic California Sen. Dianne Feinstein is facing calls to step down as ranking member of the Senate Judiciary Committee, after she enraged operatives from her own party with her performance on the panel — which ended with her praising Republican Chairman Lindsey Graham.

As the final hearing for U.S. Supreme Court nominee Amy Coney Barrett wrapped up, Feinstein told Graham, “I just want to thank you. This has been one of the best set of hearings that I’ve participated in.” She added, “Thank you so much for your leadership.”

A mask-free embrace between Feinstein and Graham to cap things off.

And the Amy Coney Barrett hearings are over. https://t.co/3gJcpWpi5Z

Following the meeting, the two were seen embracing in a hug.

Feinstein, 87, was immediately attacked by high profile Democrats, many of whom declared it was time for her to pass the torch and give up her leadership position on the committee.

Former Hillary Clinton 2016 campaign press secretary Brian Fallon, who now leads the progressive group Demand Justice, issued a statement declaring, “It’s time for Sen. Feinstein to step down from her leadership position on the Senate Judiciary Committee. If she won’t, her colleagues need to intervene.”

“She has undercut Democrats’ position at every step of this process, from undermining calls for filibuster and Court reform straight through to thanking Republicans for the most egregious partisan power grab in the modern history of the Supreme Court,” he continued. “If Senate Democrats are going to get their act together on the courts going forward, they cannot be led by someone who treats Sunrise activists with contempt and the Republican theft of a Supreme Court seat with kid gloves.”

Fallon’s message was echoed by former President Barack Obama’s deputy national security adviser Ben Rhodes, who tweeted, “Someone like Feinstein who is so out of step with the rest of the party should not be the lead Democrat on the Judiciary Committee.”

Someone like Feinstein who is so out of step with the rest of the party should not be the lead Democrat on the Judiciary Committee.

Likewise, former Obama speechwriter Jon Lovett tweeted in reaction to Feinstein’s praise of Graham, “That she can say this about this ongoing travesty is another sad statement about how poorly represented we are by Dianne Feinstein.”

Feinstein joined her fellow Democrats on the committee in avoiding attacks on Barrett’s Catholic faith during this week’s hearings, after facing criticism for their treatment of the nominee during the 2017 nomination hearings for her current position on the Seventh Circuit appellate court.

Fox News reported that “California Democratic Sen. Dianne Feinstein receive bipartisan backlash when she told Barrett that the ‘dogma lives loudly within’ her during” the 2017 hearings.

More heavy rain is coming to South Florida and the Keys. Why, when and how much?

More heavy rain is coming to South Florida and the Keys. Why, when and how much?

Policies Over Politics. Whoever Wins, We All Lose