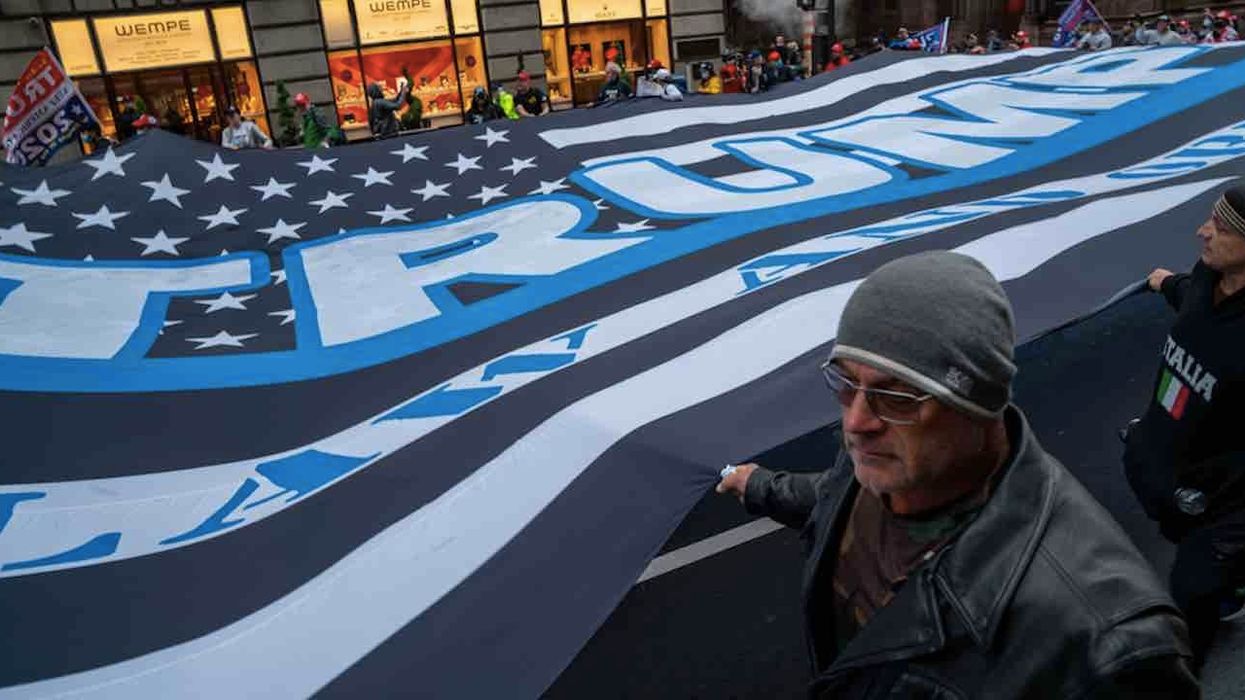 Supporters of President Donald Trump decided to get together Tuesday in New York City and march around town with what they said is the largest Trump flag ever, the Daily Mail reported.

And because turnabout is fair play, the group unfurled the flag over the infamous Black Lives Matter mural on Fifth Avenue directly in front of Trump Tower, the outlet said. 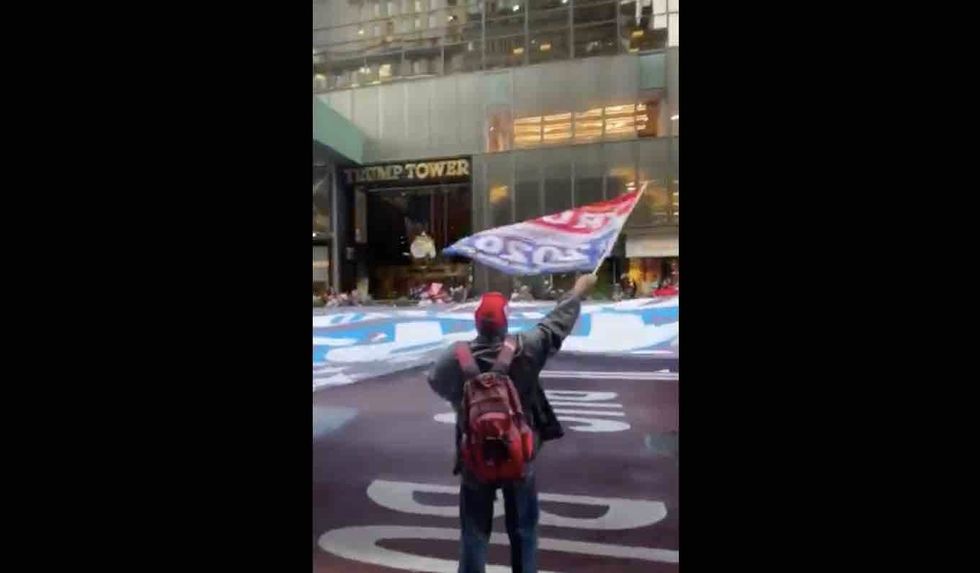 You might recall far-left Mayor Bill de Blasio helped with the BLM paint job in July. 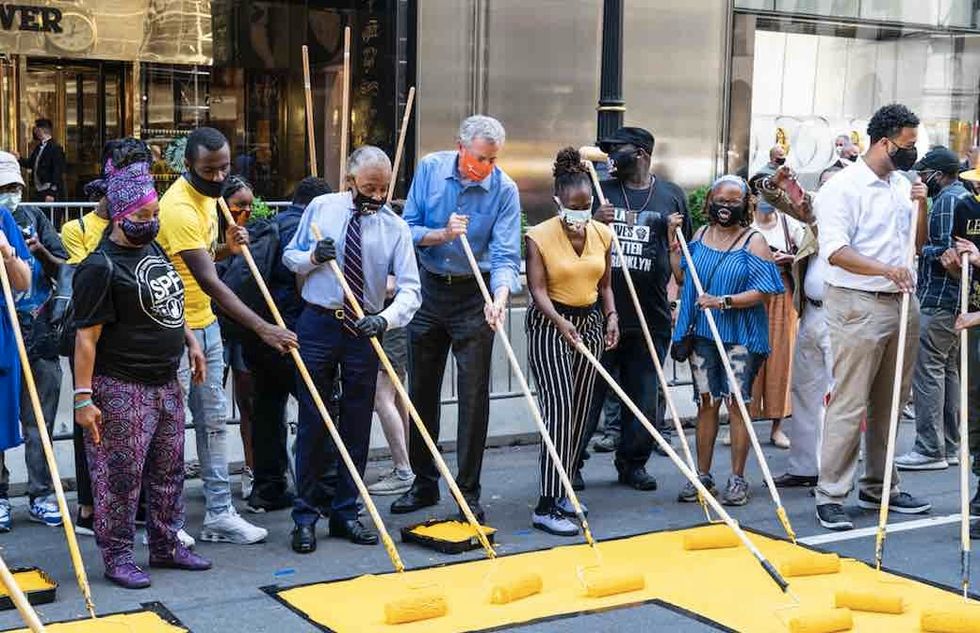 The controversial mural — generally viewed as a slap in Trump’s face — has been vandalized at least four times since then.

So dozens of Trump supporters dressed in Make America Great Again hats and Trump 2020 T-shirts made sure the flag covered the Black Lives Matter mural for several minutes before beginning a march toward Times Square, during which they recited the Pledge of Allegiance, shouted “Four more years!” and trolled left-wing rioters by parroting their “Whose streets? Our streets!” chant, the outlet noted.

The march of the 75-feet-by-50-feet flag, which says “Trump: Law and Order” and sports a Thin Blue Line design, was organized through a project called “Operation Flag Drop” on Facebook, the Daily Mail said.

Trump’s son Eric tweeted his appreciation to the president’s supporters:

We love all of you so much! If I was there today (I’m campaigning in Michigan and Minnesota) I would come down and… https://t.co/yL5qXn9nTz

“We love all of you so much! If I was there today (I’m campaigning in Michigan and Minnesota) I would come down and give you all a big hug!” he wrote before adding, “Happening RIGHT NOW in NYC in front of Trump Tower!”

‘No burning, no killing, no fighting, just a peaceful demonstration’

One attendee, Mariano Labsaoy of Puerto Rico, told the Daily Mail he was there to “support our great president Donald J Trump. He has made America the best country on the face of the Earth. Low unemployment, we are safer, we are better, we are stronger. That’s why I’m here to support four more years.”

Labsaoy also told the outlet that “it’s a great feeling knowing that we can use our freedom of expression, to have the freedom to do whatever we want to — all under the law. No burning, no killing, no fighting, just a peaceful demonstration. This is what is called a peaceful demonstration. At the same time, we are not insulting anyone; we are just marching exercising our constitutional right.”

She also told the Daily Mail that “we shouldn’t be silent and called racist because we support a president who loves everyone. He loves everyone, he loves America, and you know what? He’s the leader of the free world. Under [Democratic presidential nominee Joe] Biden and [Democratic vice presidential nominee Kamala] Harris, we won’t be free anymore. We will all be communists and socialists, and that is not going to happen, not on my watch.”

The outlet noted that some onlookers cheered and clapped for the Trump supporters and no incidents were reported.

When the Trump supporters reached Times Square, they played Frank Sinatra’s “New York, New York,” and a woman holding an “Indonesian American for Trump” sign gave a speech berating those who oppose the president, the Daily Mail said.

“We are immigrants,” she said, according to the outlet. “We came here because we want a successful life.”

Matthew McConaughey bashes cancel culture, talks about being Christian in Hollywood and defunding the police

Morgan Stanley: There Is More Downside Than Upside From Current S&P500 Levels

'Have those dreams': From journeyman to World Series hero, Rays' Brett Phillips living the dream