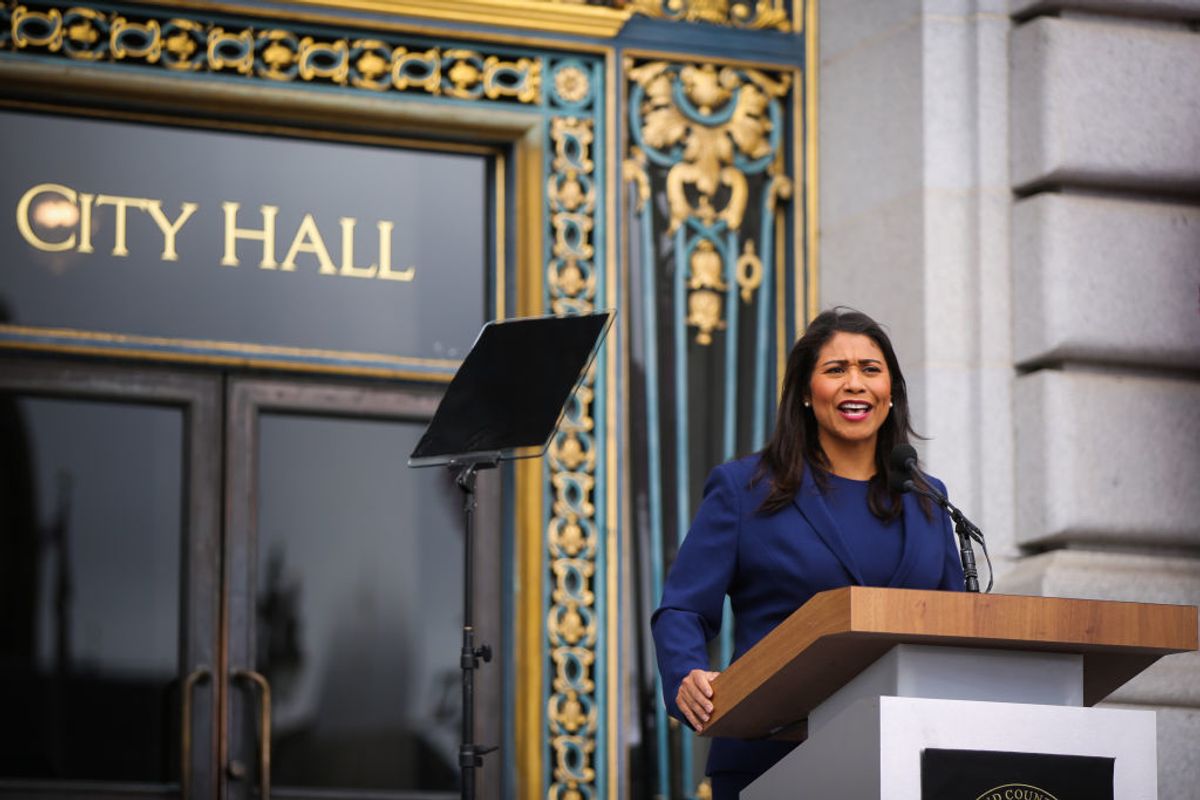 The Democratic mayor of San Francisco on Friday blasted the city school district’s plan during the pandemic to rename public schools that have “inappropriate” names, calling the effort during a pandemic “offensive.”

“Schools have been allowed to open in San Francisco under public health orders issued at the beginning of September and while many private schools are open today, our public schools have still not yet made a firm plan to open. Parents are frustrated and looking for answers,” Breed said.

“And now, in the midst of this once in a century challenge, to hear that the District is focusing energy and resources on renaming schools — schools that they haven’t even opened — is offensive,” she continued. “It’s offensive to parents who are juggling their children’s daily at-home learning schedules with doing their own jobs and maintaining their sanity. It’s offensive to me as someone who went to our public schools, who loves our public schools, and who knows how those years in the classroom are what lifted me out of poverty and into college. It’s offensive to our kids who are staring at screens day after day instead of learning and growing with their classmates and friends.”

The San Francisco School Names Advisory Committee was formed in January to research school names in San Francisco and identify buildings named for individuals or anything associated with slavery, genocide, colonization, exploitation, or oppression to be renamed. The committee came up with a list of 44 schools they deemed had inappropriate names, including schools named for Presidents George Washington and Abraham Lincoln, as well as one school named for Sen. Dianne Feinstein (D-Calif.).

The committee presented its recommendations to the school board, which informed the schools on the list to submit suggestions for new names by Dec. 18, to be voted on by the board next year.

The timing of the committee’s report and the school board’s commitment of resources to the effort during a pandemic is drawing criticism from the mayor and others.

“Look, I believe in equity. It’s at the forefront of my administration and we’ve made historic investments to address the systemic racism confronting our city,” Breed said. “But the fact that our kids aren’t in school is what’s driving inequity in our City. Not the name of a school. We are in a pandemic right now that is forcing us all to prioritize what truly matters. Conversations around school names can be had once the critical work of educating our young people in person is underway. Once that is happening, then we can talk about everything else. Until those doors are open, the School Board and the District should be focused on getting our kids back in the classroom.”

Today I issued a statement on the need for our School District to focus on reopening our public schools, not renami… https://t.co/iTZ5N17PiX

Rep. Paul Gosar calls for NPR to be defunded over its blackout on Hunter Biden allegations

Highlights from Week 8 of the college football season