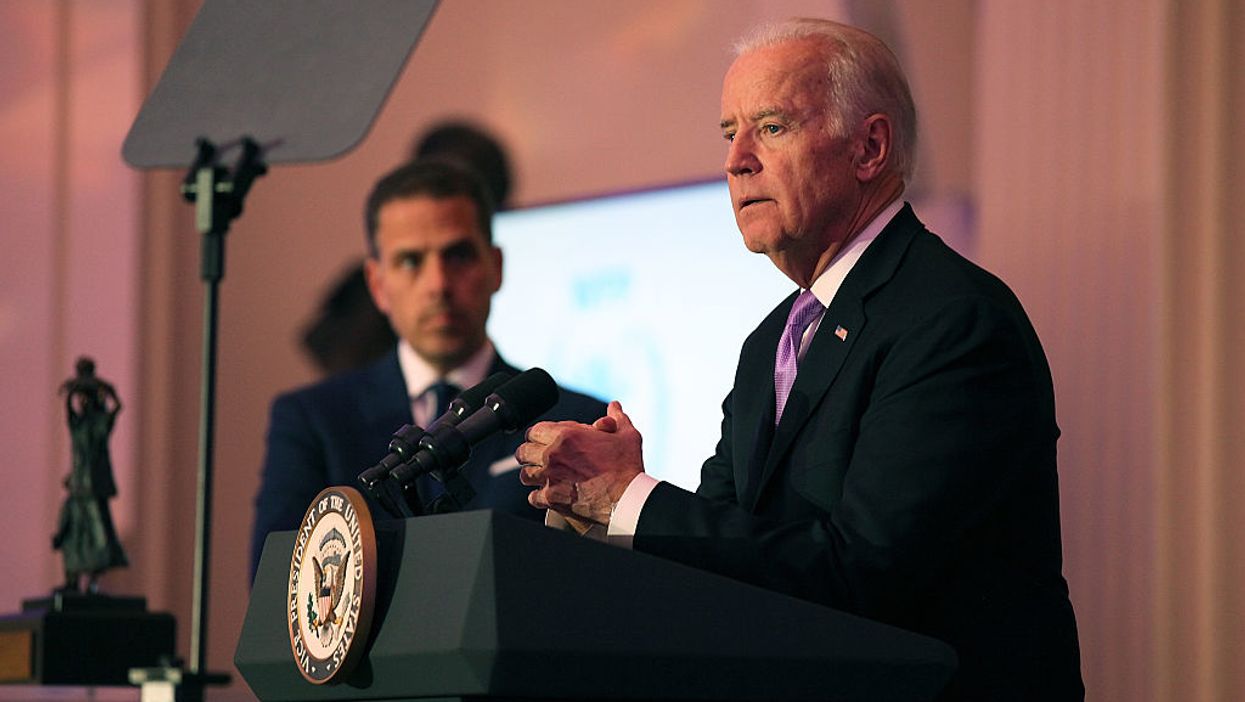 Documents recently obtained by Fox News appear to show Hunter Biden’s signature on a bill of service from the Delaware computer repair shop where he allegedly dropped off three MacBook laptops last year, never returning to retrieve them.

One alleged “smoking gun” email purportedly revealed that Joe Biden met at Hunter’s request with a top executive at the Ukrainian natural gas company Burisma, though Joe Biden insisted repeatedly that he was never involved with his son’s business dealings.

“Data recovery for MacBook Pros: Attempt data recovery from 3 macbook pros [sic]. Recover data to store server and contact customer when complete,” reads the $85 bill, which shows a signature at the bottom.

Fox News noted that it has not verified that the signature is Biden’s.

The Fox News report also includes a “proof of service” document with attached serial numbers for the laptop and its hard drive.

Additional documents shown in the report include an FBI “receipt of property” document with Mac Isaac’s name on it and a subpoena for Mac Isaac to testify before a grand jury.

Mac Isaac claimed last week that he handed over the laptop and its hard drive to investigators at the FBI last year, but retained a copy of the hard drive because he “feared he would be killed by people who ‘work for [Joe] Biden’ and having it was ‘protection.'”

He then allegedly passed the copied hard drive onto President Trump’s personal attorney Rudy Giuliani, who in turn passed it onto the New York Post.

Why does it matter?

The documents, if genuine, throw a bit of cold water onto the narrative currently being constructed by Democrats on the Hill and former intelligence officials that the story is part of a Russian disinformation campaign.

House Intelligence Committee Chairman Rep. Adam Schiff (D-Calif.) told CNN’s Wolf Blitzer recently, “We know that this whole smear on Joe Biden comes from the Kremlin. That’s been clear for well over a year now that they’ve been pushing this false narrative about the vice president and his son.”

But Director of National Intelligence John Ratcliffe fired back at the suggestion Monday, saying there is “no intelligence” indicating that to be the case.

Hunter Biden has yet to publicly deny dropping off the laptop at the computer repair shop in 2019.

Houston schools see 40,000 drop in student enrollment over coronavirus, and it's gonna cost them millions

Graham Mertz and No. 14 Wisconsin rout Illinois, 45-7, in the Big Ten season opener

The fallacy of the handmaids’ protests

Graham Mertz and No. 14 Wisconsin rout Illinois, 45-7, in the Big Ten season opener