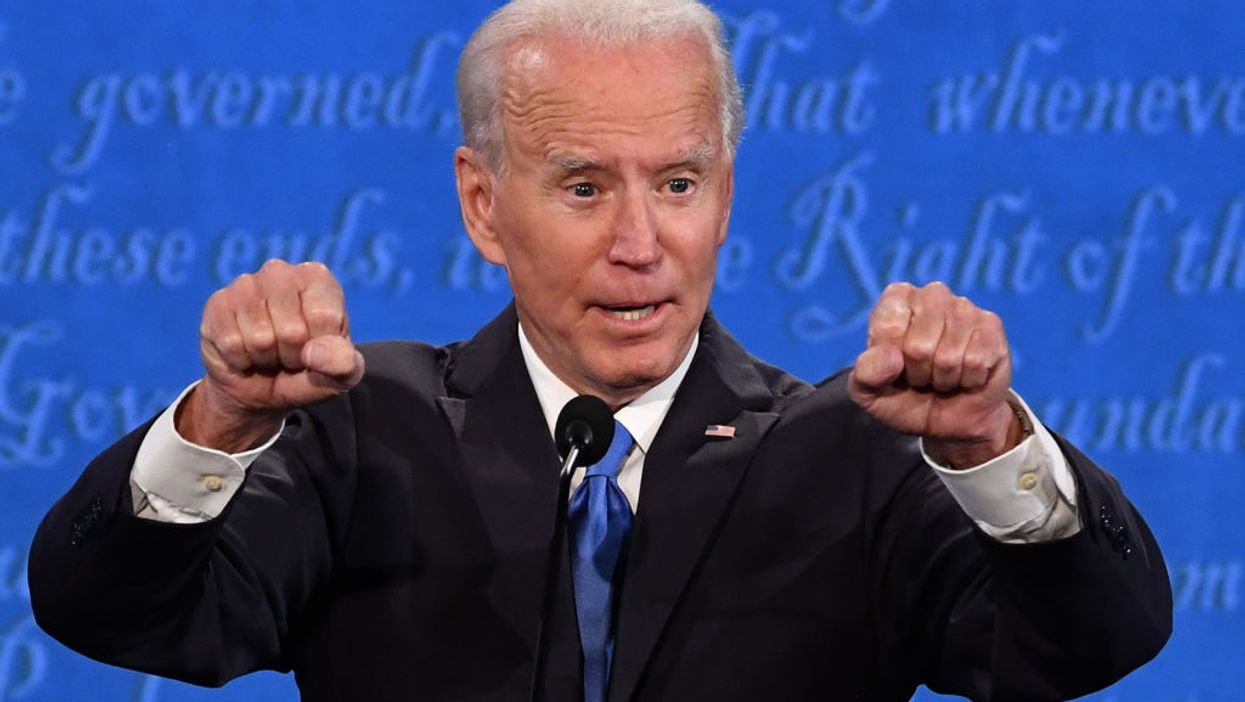 As President Donald Trump went on the offensive bringing up allegations that the former vice president knew about his son Hunter’s foreign business deals despite his multiple claims to the contrary, Biden forcefully claimed he has never received money from any foreign source.

“I have not taken a penny from any foreign source ever in my life,” Biden said.

Joe Biden: “I have not taken a penny from any foreign source ever in my life.” https://t.co/JleCd5PGtP

Responding to a question from moderator NBC News’ Kristen Welker on whether Hunter Biden’s involvement with Chinese and Ukrainian energy companies was “unethical,” Biden deflected and pointed the question back on Trump.

“Nothing was unethical,” Biden answered. “With regard to Ukraine, we had this whole question about whether or not, because he was on the board I later learned of Burisma, a company, that somehow I had done something wrong. Yet every single solitary person when he was going through [Trump’s] impeachment testifying under oath who worked for him said I did my job impeccably. I carried out U.S. policy. Not one single, solitary thing was out of line.

“The guy who got in trouble in Ukraine was this guy trying to bribe the Ukrainian government to say something negative about me, which they would not do and did not do because it never, ever, ever happened,” Biden said, referring to Trump.

Biden accused Trump of being the one benefiting from foreign governments, citing a recent report from The New York Times that Trump had a bank account opened in China.

Trump kept up the attack, however, noting that Hunter Biden was appointed to the board of Ukrainian energy company Burisma while Joe Biden served as vice president despite having little experience in that field.

“He’s the vice president of the United States and his son, his brother and his other brother are getting rich. They’re like a vacuum cleaner,” Trump said.

Questions abound over allegations that Biden’s family leveraged his position as vice president to make financially beneficial business deals with foreign entities. Emails purportedly retrieved from a laptop belonging to Hunter Biden indicate that the Biden family pursued “lasting and lucrative” deals with a Chinese energy company that had ties to the communist Chinese government.

The existence of the laptop was first reported by The New York Post, which cited former Trump campaign adviser Steve Bannon and Trump attorney Rudy Giuliani as the sources for its story.

At the debate, Biden criticized Giuliani, saying “he’s being used as a Russian pawn” and accusing the content of this laptop of being Russian disinformation.

Leaving no room to backtrack, Biden explicitly denied that his son made money from a business deal with Chinese associates.

“My son has not made money in terms of, this thing about, what are you talking about, China,” Biden said.

Earlier Thursday, a former business associate of Hunter Biden, Tony Bobulinski, held a news conference accusing Joe Biden of falsely stating that he had no knowledge of Hunter’s business deals and of being directly involved in those foreign business dealings.

Bobulinski claims that the email reported by the New York Post is “genuine” and that he has “emails, Whats App chats, agreements, documents, and other evidence” to support his claims, evidence that he has turned over to the FBI. He is also working with the Senate Homeland Security and Governmental Affairs committee in their investigation of Hunter Biden’s foreign business activities.

If Bobulinski’s side of the story is true, it means Joe Biden lied to the American people at the debate.

Letters to the Editor: Trumpism is a dangerous way of doing politics. Let's hope it ends with Trump

Letters to the Editor: Trumpism is a dangerous way of doing politics. Let's hope it ends with Trump

Follow live: All the action and results from UFC 254