Mike Lee, furious, calls on fellow senator to take back the 'worst' thing any Democrat has said about Amy Coney Barrett
Skip to content
PoliticalHEDGE

Mike Lee, furious, calls on fellow senator to take back the 'worst' thing any Democrat has said about Amy Coney Barrett 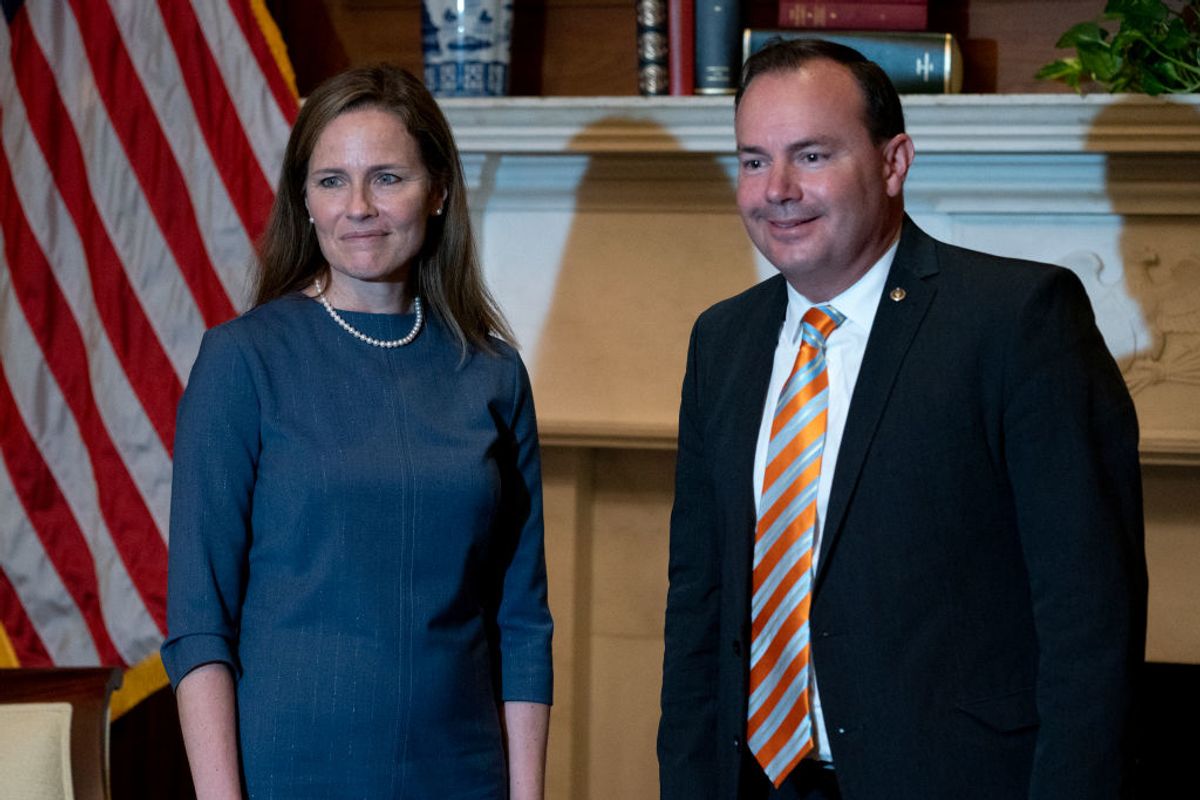 Markey, who is up for reelection this year, also demanded that the Senate abolish the filibuster and expand the Supreme Court.

Lee, in an interview on Fox News’ “Fox & Friends,” said Markey’s comments were “patently irresponsible” in a rare show of anger.

“Of all the irresponsible and inflammatory statements I’ve heard over the last few weeks, and I’ve heard some doozies, this might well be the worst,” Lee said.

“If you think about what he is really saying there, Senator Markey has essentially said that our Constitution is racist. And an effort to understand it, understand its words at the time they were written, is itself racist and bigoted. I can’t think of a statement that has a greater tendency to undermine the foundation of our constitutional republic. I hope, expect, and demand that Sen. Markey retract his statement. It’s irresponsible; he can’t defend that,” Lee said.

Earlier in the interview, Lee said he attended the swearing-in ceremony for Justice Barrett.

“It was a fantastic moment,” Lee said, praising President Trump for nominating her.

“This was the SCOTUS trifecta that he managed to pull off, in his first term alone having put three justices on the U.S. Supreme Court. That doesn’t happen very often, and I’m glad it did, and I think he might well have saved the best for last, Justice Barrett is going to be terrific.”

Going on to explain why he supports Barrett’s originalist philosophy, Lee said the reason she is “making the heads of Democrats explode everywhere” is because “they don’t want the courts to be limited to judging institutions. They want them to be institutions of social change, of social policy, they want them to take debatable matters beyond debate.

“They want something much bigger, much grander than what the Constitution actually allows. Justice Barrett sees the elegant simplicity of the fact that you want judges to interpret the law based on what it says,” he continued.

Joe Rogan denies censorship rumor after his podcast with Alex Jones disappears, then his explanation gets deleted too

Biden campaigns in Florida ahead of election

Smith: A Biden Presidency Will Mean A Faster US Collapse

Biden campaigns in Florida ahead of election