Already Tuesday morning we are seeing some headlines out of Europe that portend more headlines that could spook markets later on in the session. For starters, a second Bavarian county has declared a partial lockdown. Rottal-Inn has recorded well over 200 new infections per 100,000 inhabitants over the past week, well above the threshold of 50  new infections per 100,000 people at which new measures are required.

On Tuesday, the Robert Koch Institute reported 11,409 new infections, bringing Germany’s total to 455,829. Another 42 people died on Tuesday, bringing the country’s overall virus death toll to 10,098. Hospitals and ICUs are filling up again and German Chancellor Angela Merkel has expressed grave concern, saying the current restrictions are not strong enough to slow down the spread of the virus, as the country widely expects her government to impose more nationwide rules shortly. These could include closing restaurants and stopping live events. 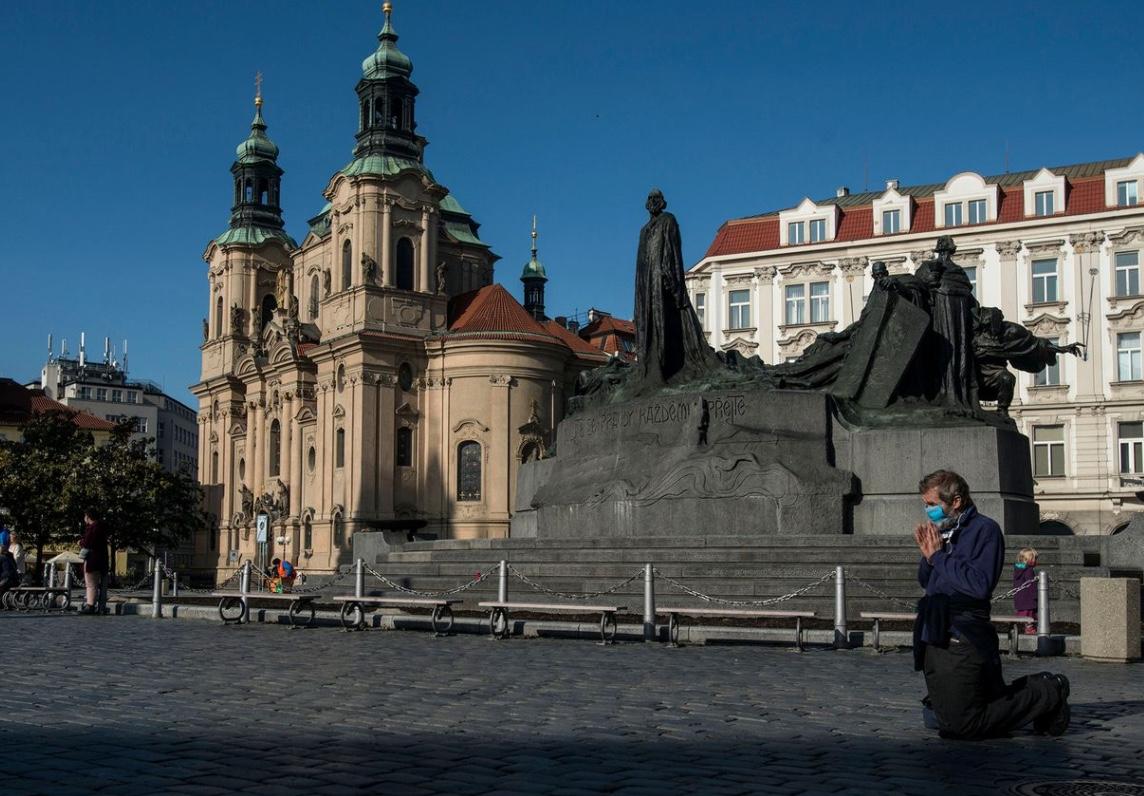 Merkel will meet with the state governors Wednesday. The German press has reported that new restrictions are expected, including taking school closures and restrictions on nonessential businesses nation-wide. It comes after Italy, Spain and a host of other European countries imposed new COVID-inspired restrictions over the weekend.

But looking ahead, all eyes are on France, where a government minister recently warned the pace of infections might be as high as 100k/day, 2x the official total. On Wednesday, President Emmanuel Macron, Prime Minister Jean Castex (Macron’s virus point man) and other top officials are meeting to discuss new nationwide restrictions, possibly including another brief lockdown, something that Macron has said would be ‘unavoidable’ if the condition deteriorates beyond a certain point.

The Local published a handy guide to the different types of measures reportedly under consideration, which, at this point, is either localized lockdowns (Paris, Lyon and Marseille and possiby other cities and metro areas) or a nationwide closure (text below courtesy of the Local).

The first option is a total, nationwide lockdown such as the one France imposed in March. Back then, the whole country was confined to their homes and only allowed out for short periods to run essential errands such as grocery shopping, medical appointments and walking the dog.

French political commentators say this is the least likely scenario because of the high economic and psychological costs that would entail.

“I think that Macron is desperate to avoid another complete lockdown – for economic reasons but also for reasons of public order. A second “confinement” would be resisted much more widely than the first,” The Local’s political commentator John Lichfield said.

Delfraissy said the main goals of the government was to protect France’s elderly and vulnerable and maintain economic activity, while at the same time reducing the spread of the virus.

If the government were to impose a new lockdown, it would likely be adapted to the lessons drawn from this spring, avoiding to close down parts of society where the health gains were small compared to the economic and social costs – such as primary schools.

“It would probably allow for a certain level of educational activity and a certain number of economic activity,” Delfraissy said, adding that this kind of lockdown “could be set in place for a shorter period of time if it were to be introduced now.”

He also said this kind of lockdown would likely be followed by a period of curfew such as the one in place now.

Another option is to continue the government’s strategy to adapt measures to local conditions and introduce lockdowns in the country’s hardest hit areas.

This would target areas with high levels of spread and areas where hospital struggle to cope with the pressure of new Covid-19 patients, such as Paris, Marseille and Lyon.

The third option would be a lighter and adapted version of lockdown, which could include measures such as a weekend confinement and an earlier curfew than the 9pm curfew currently in place in roughly half of the country.

“This would be much tougher than the curfew currently in place,” Delfraissy said about that option.

Such a strategy has received support from a group of doctors in Lyon, who called for a 7pm curfew and a weekend lockdown.

“The situation is serious and we cannot afford to take half-measures any longer,” they said in a press statement.

This strategy could also entail closing secondary schools, high schools and universities, such as suggested by Antoine Flahault, Director of the Institute for Global Health at the University of Geneva, which monitors the development of Covid-19 in the world.

We already have taken lockdown measures, they might be sufficient,” he told French media.

Meanwhile, France’s small businesses are understandably anxious. On Tuesday morning, the CPME confederation of small and medium-sized businesses warned that a partial or total lockdown could risk provoking an economic collapse. Companies are “much more fragile than in March” and many, especially the smallest, would be incapable of taking on additional debt, the CPME says in statement on Tuesday “We would risk seeing a collapse in the French economy, a sort of unprecedented third wave, this time an economic one,” CPME says

Here’s some more COVID-19 news from overnight and Tuesday:

Russia is balking at reintroducing tough measures even as its outbreak explodes and deaths hit record highs.  Masks will be compulsory in some public places starting on Wednesday, but the authorities are avoiding action that could hurt businesses. The consumer health watchdog recommended on Tuesday to close bars and restaurants from 11 p.m. to 6 a.m. amid reports that many hospitals are at capacity. Kremlin spokesman Dmitry Peskov said earlier the authorities are confident they can handle the latest wave without a lockdown (Source: Bloomberg).

Eli Lilly said last night that it would be ending clinical trials for patients in a hospital setting after NIH researchers found that BAMLANIVIMAB, one of the antibody therapeutics the company is working on, doesn’t help to improve hospitalized patients recovery from advanced stages of the virus, although Eli Lilly noted that all other studies related to its treatment are ongoing. It’s the latest setback to therapeutics. The FDA recently gave remdesivir, a drug developed by Gilead originally to treat ebola, the greenlight for widespread use, even as studies show it has little to no benefit (Newswires).

The French government is reportedly mulling a localized lockdowns for the Paris, Lyon and Marseille metro areas, which would include 7pm curfew, a public transport shutdown and closing non-essential shops, while reports noted that a three-week lockdown could start from Friday evening with the details to be announced on Wednesday (Source: Bild).

Germany Economy Minister says that the number of new infections in the nation are rising exponentially and will likely have 20k daily new infections by the end of the week (Newswires).

Imperial College London/Ipsos MORI study among 365k randomly selected adults which conducted tests at home, showed that 4.4% had antibodies in September vs. 6.0% in June which suggested the antibody immunity may not last over time in some of those that were infected. (Newswires) Russia is to impose new COVID-19 restrictions (Source: RIA Novosti).

US Vows To Blow Up Any Iranian Missile Shipments To Venezuela

Will Germany Repatriate its Gold From New York If Trump Wins the Election?