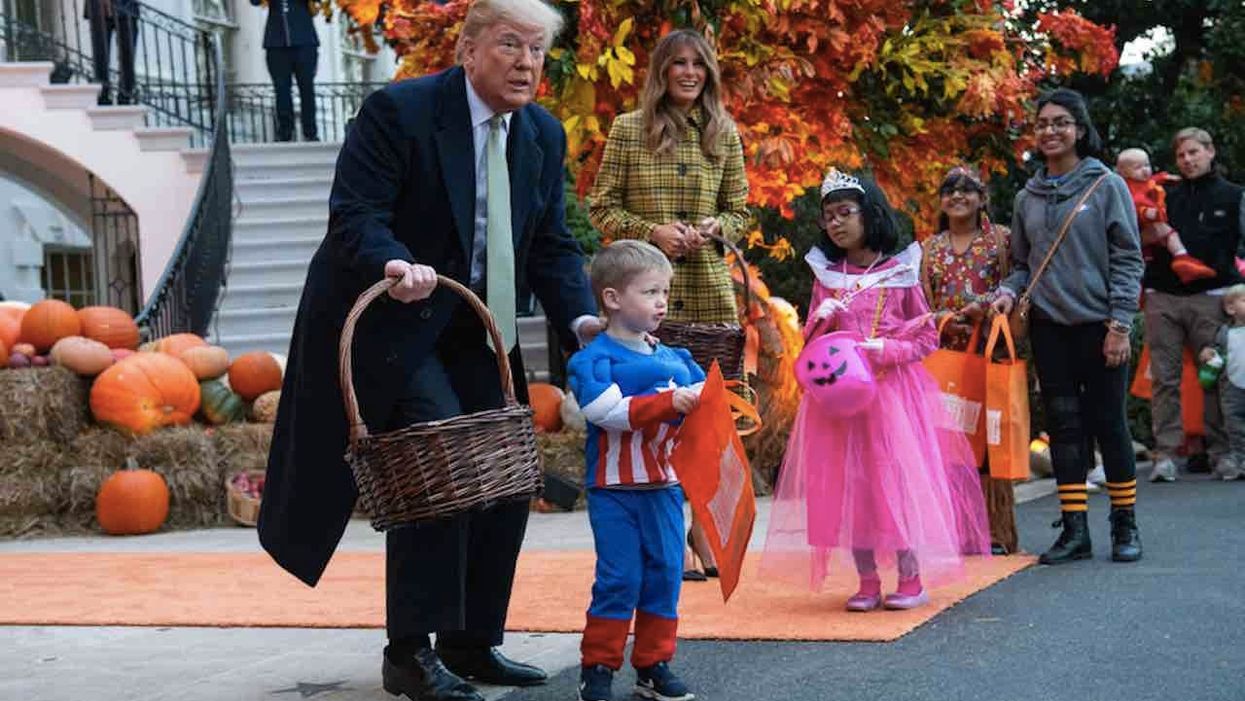 Things are tough all over for supporters of President Donald Trump — and apparently no matter how old they are.

An administrator at Oglethorpe Point Elementary in St. Simons, Georgia, asked a student to remove most of his Trump costume during “Super Hero Day,” which took place earlier in the week, the Brunswick News reported.

The male preteen’s costume included a “Trump 2020” hat, a Trump flag as a cape, and a red T-shirt with a blue “T” on it, the paper said, adding that the student was asked to remove the cape and hat — which he did.

Turns out asking the student to remove his costume was not consistent with the school’s dress code policy, the News reported, citing a statement from the school system.

And folks turned to social media to vent their frustration at the actions of the administrator, whose identity was not disclosed, the paper said.

What did folks have to say?

“I’m sorry, but if that’s who he thinks is [his] super hero, well he sure as heck should’ve been able to wear it,” one Facebook commenter said, according to the News. “Some people actually respect their president. For the staff to make him take it off is ridiculous. I’ll say he picked a real super hero instead of a fictional one. What’s wrong with that? Come on people; messing with a kid because of his political view is just sad.”

But others argued that political beliefs shouldn’t come into schools in such a way, the paper said.

What did the superintendent have to say?

Scott Spence, superintendent of Gynn County School District, said Thursday the district is not in the business of telling students which political party they should support, the News noted.

“I have been a school administrator for 20 years, and it seems that every four years when a presidential election is held, something out of the ordinary occurs in one of more of our schools,” Spence said, according to the paper. “When something like this occurs, teachers and administrators are an easy target for the folks on social media. We must realize that our schools are a microcosm of our community, and the issues that we have in our community are going to filter into our schools.”

He added that he didn’t believe there is specific dress code guidance that applied to Tuesday’s “Super Hero Day,” the News reported.

“Our teachers and administrators have worked extremely hard in a very stressful time to be able to provide face-to-face instruction for our students,” Spence added, according to the paper. “Situations like this only add to the stress and make their jobs more difficult.

Students who are Trump supporters have faced more than a few hurdles in the run-up to next Tuesday’s election: