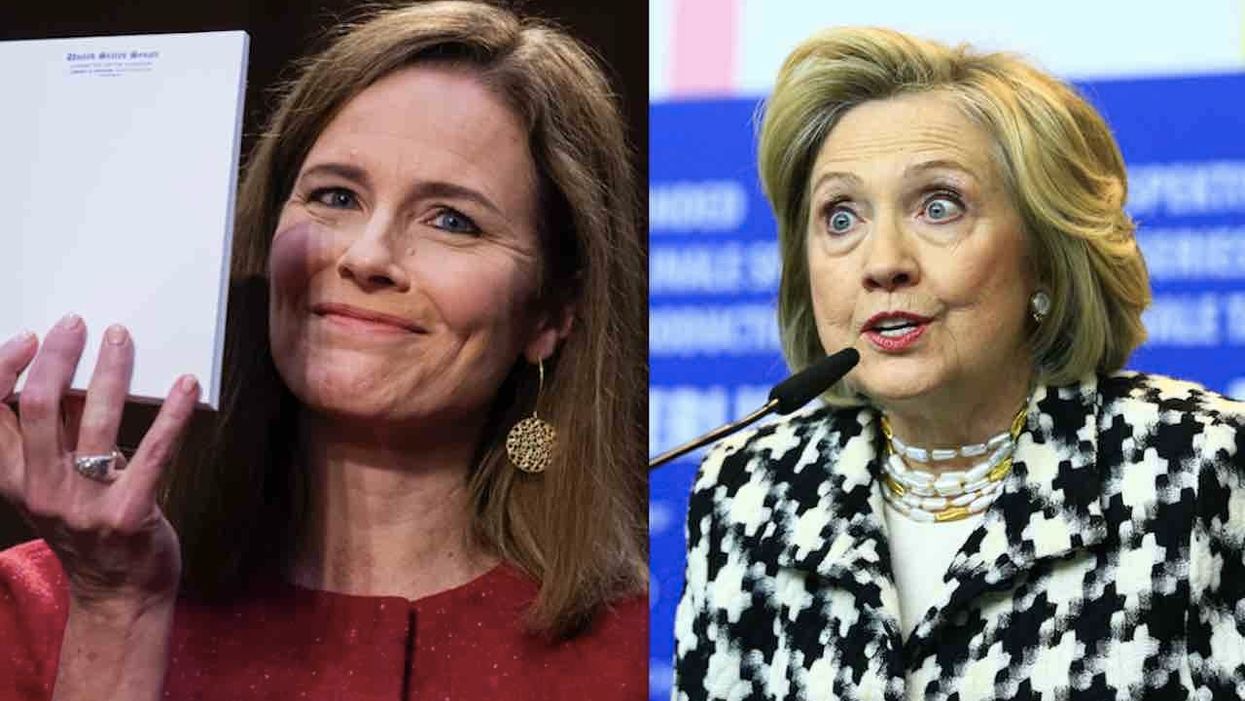 Senate Majority Leader Mitch McConnell took an opportunity to poke some fun at Hillary Clinton by saying Amy Coney Barrett’s confirmation to the Supreme Court on Monday was a “wonderful birthday present” for the former Democratic presidential nominee.

“It was a wonderful birthday present for Hillary Clinton to confirm Amy Coney Barrett to the Supreme Court Monday night on her birthday,” McConnell (R-Ky.) said during a Wednesday campaign stop in Lawrenceburg, Kentucky, the New York Post reported. “Oh, I’m sure she was so grateful, so grateful.”

It should come as no surprise that Clinton — who turned 73 years old — was not particularly in favor of Barrett’s confirmation.

And she took some time out on her birthday to blast the move on Twitter:

It is an insult to the American people that the GOP is ramming through a Supreme Court justice with just eight days… https://t.co/X9MzMm2HdJ

“It is an insult to the American people that the GOP is ramming through a Supreme Court justice with just eight days until the end of an election in which nearly 60 million people have already voted,” she wrote.

Far-left actress Debra Messing — who earlier this year tweeted a doctored image likening President Donald Trump to Adolf Hitler and even called it a “dog whistle to white nationalists and Nazis” — didn’t miss that Barrett’s confirmation came on Clinton’s birthday. And she was very sorry about that:

Im sorry that this tragic day in American history has landed on your birthday.

“I’m sorry that this tragic day in American history has landed on your birthday,” she wrote. ” I, for one, am grateful for you, and all that you have given our country. Happy birthday. May this next year be one of enlightment [sic] and healing.”

Others tore into Clinton’s “insult to the American people” tweet:

And this guy chimed in, too: 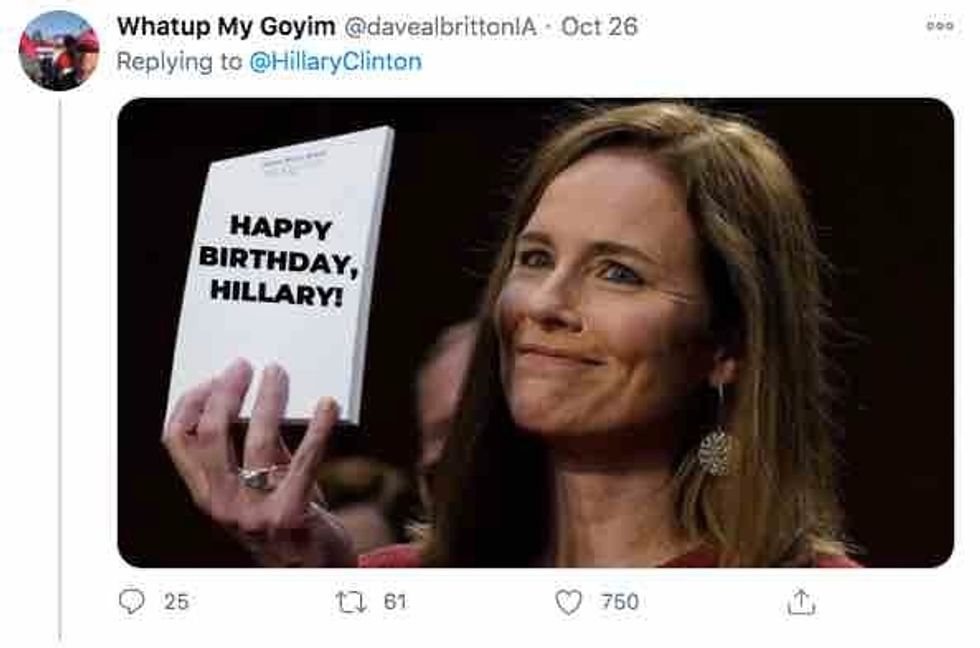 Two officers ambushed in New Orleans; one shot in the face by man riding in a pedicab

US Seizes “Largest Ever” Haul Of Iranian Missiles & Oil: 'Enough For A Large Military Force'