Fauci: Coronavirus won't be a pandemic for 'a lot longer' due to vaccines; working with Trump administration is 'stressful'
Skip to content
PoliticalHEDGE

Fauci: Coronavirus won't be a pandemic for 'a lot longer' due to vaccines; working with Trump administration is 'stressful' 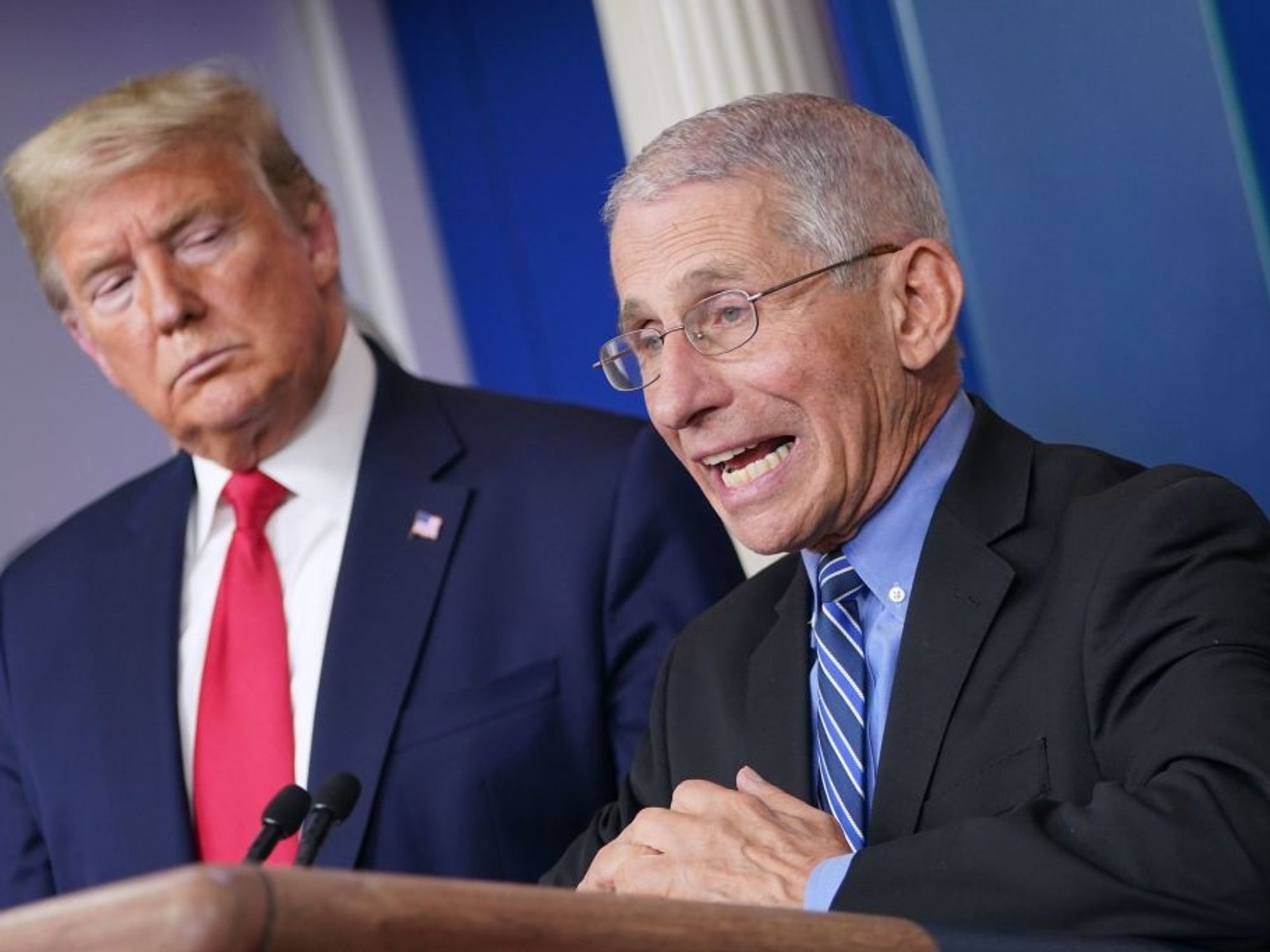 Dr. Anthony Fauci uncharacteristically painted a potentially rosy future regarding the coronavirus pandemic. The director of the National Institute of Allergy and Infectious Diseases claimed that the coronavirus outbreak would not be a pandemic for “a lot longer.”

On Thursday, Fauci proclaimed, “Certainly it’s not going to be a pandemic for a lot longer because I believe the vaccines are going to turn that around.”

Fauci suddenly changed his tune regarding the COVID-19 pandemic days after Pfizer and BioNTech announced developing a coronavirus vaccine that boasts an efficacy rate above 90%.

In late October, Fauci cautioned that early COVID-19 vaccines will likely only prevent symptoms, but not stop transmission.

“If the vaccine allows you to prevent initial infection, that would be great,” Fauci said at the time. “[But] the primary endpoint [is] to prevent clinically recognizable disease.”

Fauci then added that the vaccine is likely to only be 50% or 60% effective.

It was less than two weeks ago when Fauci forewarned of doom and gloom regarding the coronavirus pandemic.

“We’re in for a whole lot of hurt. It’s not a good situation,” Fauci told the Washington Post. “All the stars are aligned in the wrong place as you go into the fall and winter season, with people congregating at home indoors. You could not possibly be positioned more poorly.”

Less than three weeks ago, Fauci said people should expect to wear face masks and social distance through the end of 2021 and into 2022.

On Wednesday, Fauci gave an interview to the Australian Broadcasting Corporation, where he said that working with the Trump administration has “obviously been very stressful.”

“I mean, it’s just, to deny that would be to deny reality,” he said. “When you have public figures like [Steve] Bannon calling for your beheading. That’s really kind of unusual. That’s not the kind of thing you think about when you’re going through medical school to become a physician.”

Fauci is referring to former Trump campaign adviser Steve Bannon, who mentioned the immunologist and FBI Director Christopher Wray during a recent podcast.

“Second term kicks off with firing Wray, firing Fauci … no I actually want to go a step farther but the president is a kind-hearted man and a good man,” Bannon said during his podcast. “I’d actually like to go back to the old times of Tudor England. I’d put their heads on pikes, right, I’d put them at the two corners of the White House as a warning to federal bureaucrats, you either get with the program or you’re gone.”

A spokesperson for Bannon said that he was not suggesting that Fauci and Wray literally be decapitated, but was speaking metaphorically and referencing the bloody politics of Tudor-era England. The spokesperson added that Bannon has “never called for violence of any kind.”

Bannon’s podcast was permanently banned by Twitter, and the episode was removed from YouTube. Facebook removed several pages that were linked Bannon that were reportedly spreading misinformation about voter fraud.

“It’s meaningless, you know, people calling for you to be beheaded, fired, thrown in the fire pit or whatever,” Fauci said. “That’s just noise. You don’t pay attention to that.”

Now Pennsylvania alcohol sales to stop at 5 p.m. day before Thanksgiving in bars, restaurants — and many are fed up with 'stripping of rights'

Gift Guide: 7 great gifts for anyone working from home

Gift Guide: 7 great gifts for anyone working from home

Markets cheer Yellen pick for Treasury, seeing her focus on fixing the economy and not politics