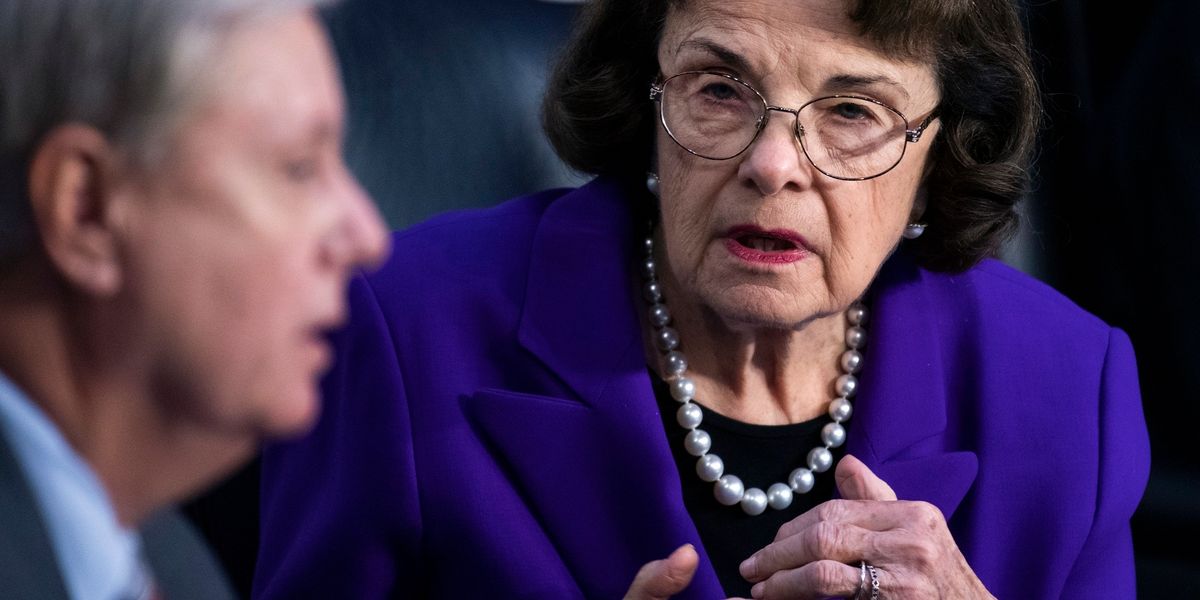 She says the panel should hold off on such business now that the election is over and allow Democratic presidential nominee Joe Biden to make his own picks.

“Now that the 2020 election has concluded, it is clear that the American people have overwhelmingly rejected a second term for President Trump,” Feinstein began, before noting that Biden and his running mate, Democratic vice presidential nominee Sen. Kamala Harris (D-Calif.) “are already implementing their transition plan.”

Although the presidential election is currently being contested in several lawsuits by the Trump campaign, which alleges voting irregularities and fraud, Feinstein pointed out that “the Biden-Harris ticket is on track to receive 306 electoral votes, and has already garnered the votes of more than 77 million Americans.”

“In light of that,” she wrote, “it is imperative that the Judiciary Committee cease to process judicial nominees and allow President-Elect Biden the opportunity to appoint judges following his inauguration on January 20, 2021.”

Feinstein went on to write that there was precedent behind her argument, saying that “although processing judicial nominations is one of the Committee’s principal responsibilities, the Committee’s long and established tradition in presidential election years is to halt consideration of judicial nominees after Election Day.”

California’s senior senator noted that there have only been two exceptions to that since 1984: “Once in 2004, following President George W. Bush’s reelection, and once in 2012, following the reelection of President Obama.”

“Unlike Presidents Bush and Obama,” she wrote, “President Trump has lost his reelection bid.”

.@SenFeinstein urges @LindseyGrahamSC to not push Trump judges onto the federal bench in the lame duck period: https://t.co/zdAUu89naQ

Courthouse News pointed out that Graham had already scheduled a nominations hearing for next week, prior to Feinstein’s letter.

Appointing Trump’s judicial nominees has been a priority of his administration and the Republican-controlled Senate.

“Obama confirmed 55 in all eight years of his presidency. For all judges, Trump has now confirmed 200. George W. Bush follows with 197 at this point in his presidency, and Bill Clinton with 186.”

Also on Thursday, Graham — a fervent Trump ally — told CNN that Biden should now begin receiving classified intelligence briefings, despite the fact that Trump has not yet conceded.

The outlet reported that “Graham said he has not expressed his thoughts with the White House but said, ‘I hope so,’ when asked if he expects Biden to get the briefings soon.”

Gov. Cuomo blasted as a hypocrite for inviting his 89-year-old mother to Thanksgiving dinner