Mutual of Omaha ditches Native American chief logo in nod to racial and social justice — but will PETA protest the new one?
Skip to content
PoliticalHEDGE

Mutual of Omaha ditches Native American chief logo in nod to racial and social justice — but will PETA protest the new one? 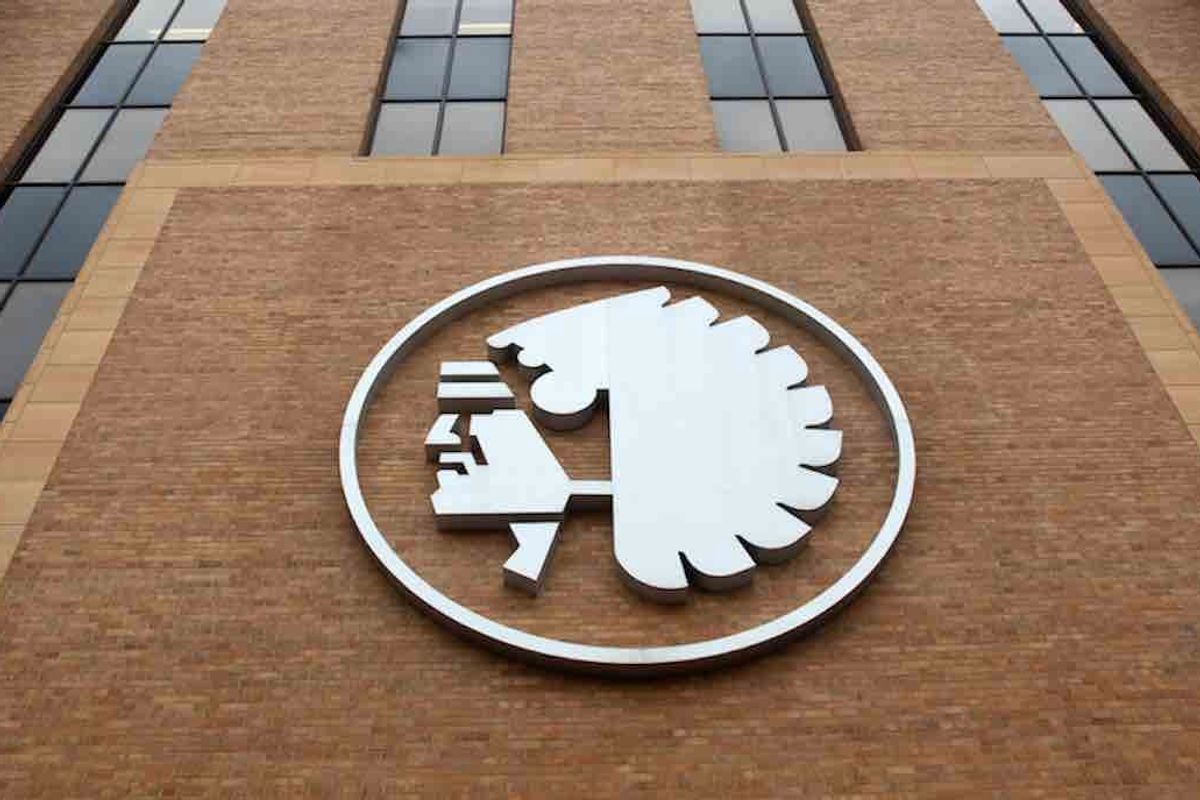 Amid the flurry of moves by major food brands to change their names and logos to reflect racial sensitivity in the wake of George Floyd’s death — as well as the protests and riots that followed — Mutual of Omaha was no different and chose to ditch its Native American chief logo.

And now it has unveiled its replacement.

The logo is now an image of a lion, which points to the iconic TV program “Wild Kingdom,” the Omaha World-Herald reported.

Our new logo reflects our mission and values, and our commitment to helping people protect what’s important to them… https://t.co/tiRfEdNybY

The paper said the company decided an African lion would be the best animal from the wild to represent it as a symbol of strength and protection.

“We tried tons of animals,” Keith Clark, senior vice president of marketing at Mutual of Omaha, told the World-Herald. “This one really rose to the top.”

More from the paper:

Native American imagery had been part of Mutual of Omaha’s logo for 70 years, with the distinctive profile of a chief a familiar sight atop the Fortune 500 company’s headquarters.

But in the wake of the national reckoning over racial justice spawned by the killing of George Floyd while in Minneapolis police custody, the company announced in July that the logo’s time had passed.

Mutual Chairman and CEO James Blackledge said that while the chief logo had long been viewed by the company as a sign of strength and respect, “we are still using a symbol from another culture that isn’t ours.”

The company dropped the image, kept the company name in its distinctive font and launched the search for a new logo.

Mutual of Omaha tested four logos, the World-Herald said, adding that the lion logo generated the best response with only 10% of respondents not liking it and many liking it a lot.

“It was head and shoulders above the rest,” Clark told the paper.

The World-Herald added that the company’s old logo will live on at Omaha’s Durham Museum and that Mutual of Omaha has given a number of items featuring the chief logo to the museum as well as its history.

It’s unclear if the People for the Ethical Treatment of Animals will protest the new lion logo as exploiting the King of the Jungle.

As TheBlaze has previously reported, a number of businesses have gone the same route as Mutual of Omaha. For instance, Uncle Ben’s rice recently changed its name and no longer uses the image of a black man on its boxes. The image now simply reads “Ben’s Original” in blue lettering over an orange background.

Uncle Ben’s rice will now be called Ben’s Original, and new packaging with a new logo will hit stores next year. Pa… https://t.co/FAkfz2e626

Quaker Oats announced that the famous Aunt Jemima brand of breakfast syrup and pancake mix would be going away because it perpetuates racial stereotypes, and Eskimo Pie also planned on changing its name.

L’Oreal — the world’s largest cosmetic and beauty company — said it would stop using the word “whitening” on its products; and the Houston Association of Realtors decided to axe the word “master” in descriptions of bedrooms and bathrooms on real estate listings in favor of the term “primary.”

Also, the Court of Master Sommeliers, which “sets the global standard of excellence for beverage service within the hospitality industry,” will stop using the term “master sommelier.”

Biden's emerging Cabinet signals a return to diplomacy and process

Biden's emerging Cabinet signals a return to diplomacy and process