Mississippi governor says his state won't participate in a potential national lockdown, promises to fight it
Skip to content
PoliticalHEDGE

Mississippi governor says his state won't participate in a potential national lockdown, promises to fight it 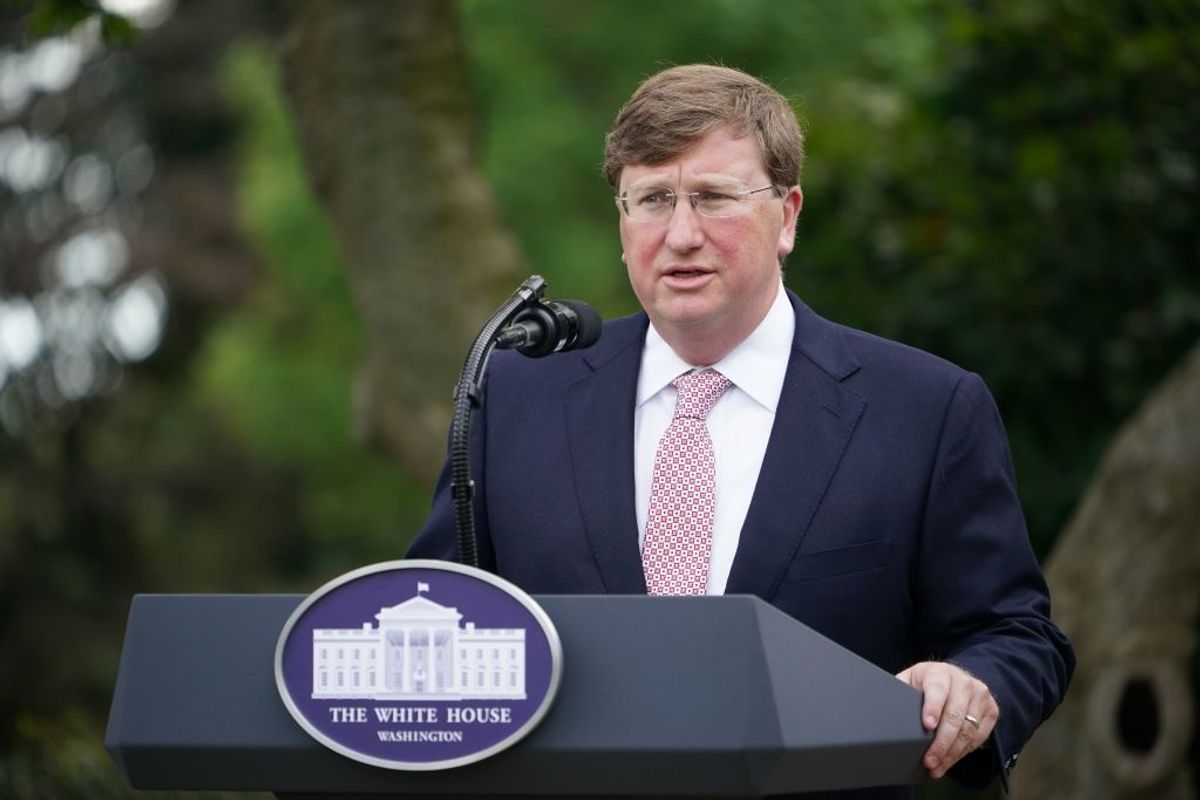 Mississippi Gov. Tate Reeves proclaimed that his state would not take part in any potential national lockdown due to the coronavirus pandemic.

The Republican governor was reacting to a statement by Dr. Michael Osterholm, a top COVID-19 advisor to Joe Biden.

“We could pay for a package right now to cover all of the wages, lost wages for individual workers for losses to small companies to medium-sized companies, for city, states, county governments,” Osterholm told Yahoo! Finance on Wednesday. “We could do all of that, and if we did that, then we could lockdown for 4 to 6 weeks.”

One of Biden’s new coronavirus task force doctors floating the idea of a 4-6 week lockdown:

“We could pay for a pa… https://t.co/OsmdZ6MNIH

Reeves responded to the idea of shutting down the entire country for up to a month and a half.

“The fact is that we’re going to try to work with whomever the president is, but we’re not going to participate in a nationwide lockdown,” Reeves said during a virtual press conference on Thursday. “This notion that one of his advisers has said that all we really need is about a six-week national lockdown and we can slow down the spread of this virus is totally and completely beyond reasonableness.”

“The people of Mississippi can’t just go home and shut down their small businesses … for six weeks, and just think that you can come back six weeks from now, flip a switch and everything’s gonna be fine,” Reeves continued. “It’s not the way the economy works.”

Reeves referred to the Stafford Disaster Relief and Emergency Assistance Act of 1988, which “authorizes delivery of federal technical, financial, logistical, and other assistance to states and localities during declared major disasters or emergencies,” according to the Association of State and Territorial Health Officials.

“Under the Stafford Act, when you have emergencies—and this is clearly one of the longest-lasting emergencies in American history—that those emergencies have to be state managed, locally executed and federally supported,” he explained.

“I don’t believe that there is any Constitutional or statutory authority for any president to shut down Mississippi’s economy,” the governor stated. “We will certainly fight that, if it becomes necessary.”

On Friday, President Donald Trump declared that he would not institute a national lockdown.

Trump added, “According to some estimates, a national lockdown costs $50 billion a day and hundreds of thousands of jobs every single day.”

Another Republican governor also said they would defy national orders regarding the COVID-19 pandemic this week. South Dakota Gov. Kristi Noem said her state would not comply with a national face mask mandate.

Noem’s office said that Biden, as president, would lack the authority to impose a nationwide face mask mandate.

“It’s a good day for freedom. Joe Biden realizes that the president doesn’t have the authority to institute a mask mandate,” communications director Ian Fury said. “For that matter, neither does Governor Noem, which is why she has provided her citizens with the full scope of the science and trusted them to make the best decisions for themselves and their loved-ones.”