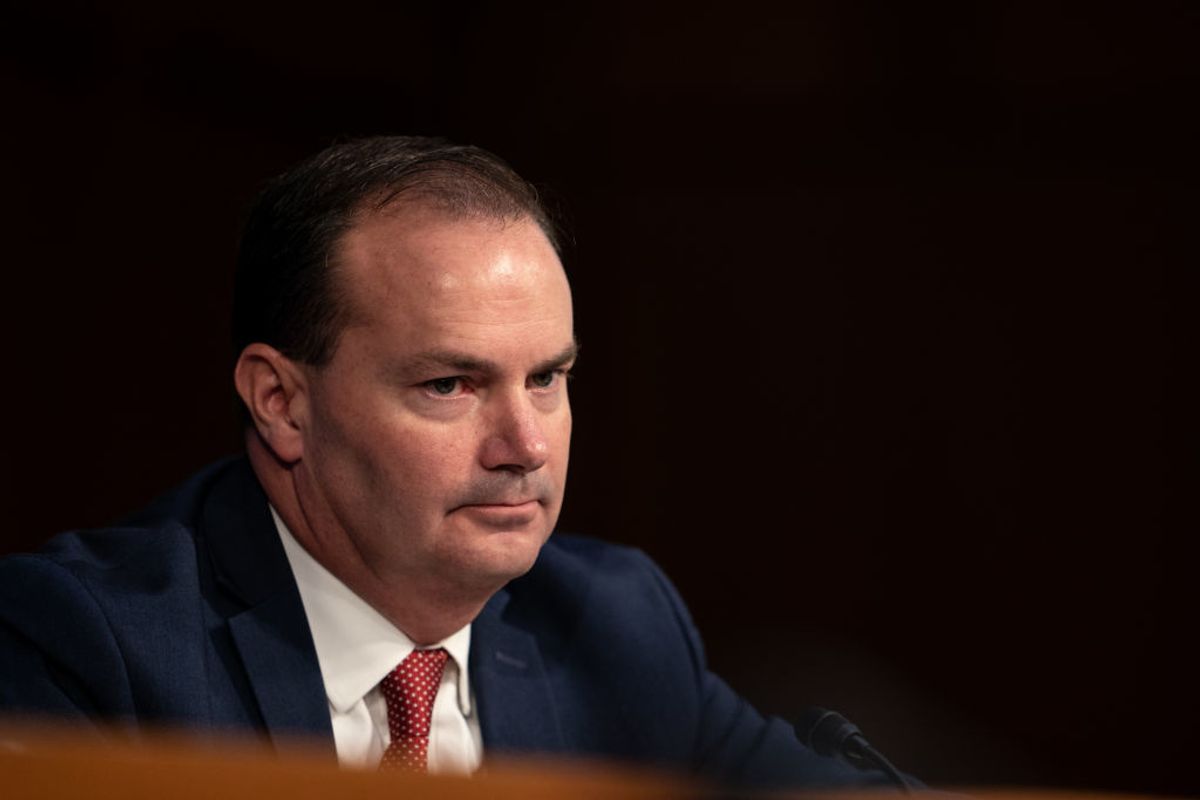 Speaking on Fox News, Lee criticized Facebook and Twitter for promising their customers a platform to freely express themselves and engage with other users without political bias and delivering a service that unfairly punishes conservative viewpoints.

“The more we uncover about how they’re operating their businesses, the more we can see that these big social media platforms are in fact offering one service and providing another,” Lee said. “In other words, they’re claiming that they’re politically unbiased, that they’re not putting their thumb on the scale between one side of the political spectrum and the other. And so they lure their customers in thinking that they’re going to have an unbiased experience.”

“In practice, this is not how it works,” he continued. “In practice, what they’re doing is steadily putting their thumb on the left side of the scale. That’s a problem. That’s a deceptive trade practice and they need to be held accountable for that.”

Mark Zuckerberg and Jack Dorsey, the CEOs of Facebook and Twitter respectively, were again summoned to testify to the Senate Judiciary Committee Tuesday on censorship and their disinformation policy enforcement against users posting complaints of voter fraud and other information challenging the outcome of the 2020 presidential election. In recent weeks, Twitter has put a warning label on any tweet sharing claims about election results that differ from official race calls. Facebook caused outrage among conservatives after the pro-Trump group “Stop the Steal” was removed after gathering over 360,000 followers.

“You don’t see the same type of action occurring on the left,” Lee said. He acknowledged that social media companies are also criticized from the left but drew a distinction, saying that Republicans complain of censorship while those on the left want more of it.

“The people who are actually getting censored, with some rare and less visible exceptions, are overwhelmingly Republican, conservative, pro-life individuals and organizations. You don’t see that happening on the left,” Lee said.

He warned that Facebook and Twitter could face legal consequences under current law if they don’t change their practices.

“I want them to offer the service that they claim they’re going to be offering to their customers. When their customers get on one of these platforms they expect to get both sides, they expect that both sides will be treated fairly, and that’s not what’s happening,” Lee explained. “That’s a deceptive trade practice, and that’s putting them potentially squarely in the crosshairs of section 5 of the Federal Trade Commission Act.”

“They don’t want to be there and they shouldn’t be there,” he said.