Georgia GOP chair says a monitor caught a 9,626-vote error during DeKalb County hand count audit process, got it fixed before it was filed
Skip to content
PoliticalHEDGE

Georgia GOP chair says a monitor caught a 9,626-vote error during DeKalb County hand count audit process, got it fixed before it was filed 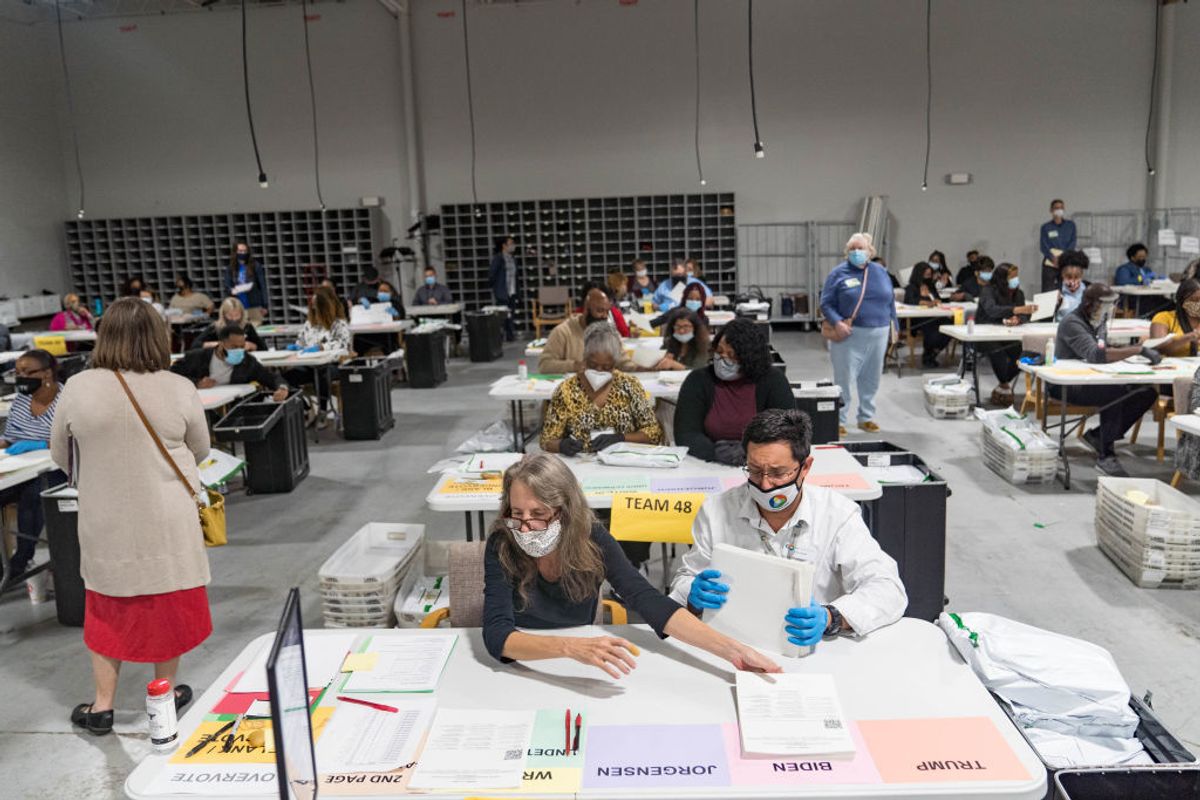 The chairman of the Georgia Republican Party said Wednesday that hand counters in the Peach State almost submitted a 9,626-vote error as part of the state’s audit process, but thankfully the error was spotted by an election monitor before it was entered.

Shafer added that “had this counting error not been discovered, Biden would have gained enough votes from this one batch alone to cancel out Trump’s gains from Fayette, Floyd, and Walton.”

“Our attorneys have turned over an affidavit from our monitor to the Secretary of State and requested an investigation,” he confirmed in a subsequent tweet.

Every county in Georgia has been undergoing a hand recount of ballots cast in the Nov. 3 election after the initial tabulation showed Democratic nominee Joe Biden edging President Trump in the state by a margin of just over 14,000 votes.

Already in the hand count, more than 5,000 missing votes from Fayette, Floyd, and Walton counties have been discovered. With those votes being added, Trump has trimmed Biden’s lead in Georgia to under 13,000 votes. However, despite the errors in those counties, the state is not expected to flip to Trump after the recount process is finished and the results are certified this week.

But Shafer is concerned that the recent error may be just one of many. In a pair of additional tweets, the GOP party chairman explained, “We were limited to 1 monitor for every 10 counting tables and we were kept some distance from the tables. There is no telling what we missed under these unreasonable restrictions. The miscounted batch had been be signed off by two official counters.”

Addressing the issue on a call with reporters Wednesday, Georgia’s voting implementations manager Gabriel Sterling said that he was aware of the error and thanked the monitor for catching it, but ultimately called it a “non-issue.” Sterling argued that the error would have been discovered even without the monitor’s help because of quality control measures the state has in place.

It should be noted that the audit process currently under way in the state is not the same as an official recount, which may soon be requested by the Trump campaign once the results are certified.

The president has complained about the current audit process, calling it a “joke” due to the fact that “signature matching” is not being done. However, election officials in Georgia have insisted that signature matching was already performed during the initial count and cannot be performed again.

The Georgia recount is a joke and is being done UNDER PROTEST. Even though thousands of fraudulent votes have been… https://t.co/pWIpmh6wO6

Mother, sister wielding golf clubs and kitchen knives fight off and kill man who broke into ex-GF’s home and attacked her: Police

Eric Clapton records a new anti-lockdown song. Now the cancel culture is coming for him.