Experts: Tens of thousands of nursing home residents died from neglect and 'despair' during the COVID-19 pandemic
Skip to content
PoliticalHEDGE

Experts: Tens of thousands of nursing home residents died from neglect and 'despair' during the COVID-19 pandemic 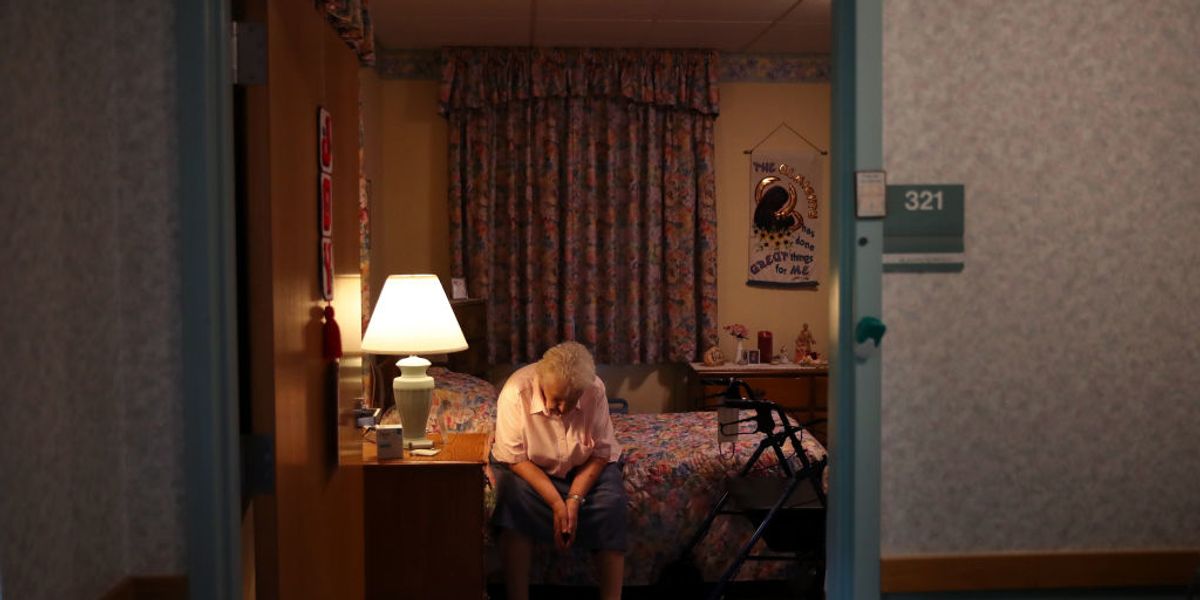 Experts found that tens of thousands of people in nursing homes “have died from neglect and sorrow related to the pandemic,” according to an eye-opening report from the Associated Press.

The report stated that there have been more than 97,000 residents of U.S. nursing homes who have died during the coronavirus pandemic. A nursing home expert analyzed 15,000 U.S. long-term care facilities and estimates that for every two coronavirus victims in nursing homes, there is a person who died prematurely of other causes.

The report stated that the “excess deaths” in nursing homes could total over 40,000 since March.

“Interviews with dozens of people across the country reveal swelling numbers of less clear-cut deaths that doctors believe have been fueled not by neglect but by a mental state plunged into despair by prolonged isolation listed on some death certificates as ‘failure to thrive,'” the AP reported.

Nursing home watchdogs claim that they have been “flooded” with reports of nursing home inhabitants suffering from neglect, including people being “kept in soiled diapers so long their skin peeled off, left with bedsores that cut to the bone, and allowed to wither away in starvation or thirst.”

The article featured several surviving family members of the victims who have died at long-term care facilities for alleged neglect. Barbara Leak-Watkins’ 87-year-old Army veteran father, Alex Leak, went for a check-up in February, where he reportedly “had gone so long without water his potassium levels rocketed and his kidneys started failing.”

Leak-Watkins, who is from North Carolina, said her father served in the military and always stressed the need to stay hydrated.

“The facility is short-staffed … underpaid and overworked,” Leak-Watkins told the AP, adding that if the nursing home “can’t provide you with liquids and fluids to hydrate yourself, there’s something wrong.”

According to his death certificate, Leak died two weeks later of lactic acidosis, a buildup of lactic acid that can cause liver and kidney damage, which can be fatal.

Donald Wallace, a 75-year-old living at a nursing home in Alabama, “became so malnourished and dehydrated that he dropped to 98 pounds and looked to his son like he’d been in a concentration camp.” Wallace suffered from septic shock and had “E. coli in his body from his own feces.”

“He couldn’t even hold his head up straight because he had gotten so weak,” his son, Kevin Amerson, said. “They stopped taking care of him. They abandoned him.”

Stephen Kaye, a professor at the Institute on Health and Aging at the University of California, San Francisco, who conducted the analysis for the Associated Press, explained how the COVID-19 pandemic affected long-term care residents who weren’t directly suffering from coronavirus.

“The healthcare system operates kind of on the edge, just on the margin, so that if there’s a crisis, we can’t cope,” Kaye said. “There are not enough people to look after the nursing home residents.”

The nursing home trade group, American Health Care Association, dismissed the AP report of tens of thousands of long-term care facility non-coronavirus fatalities as “speculation,” adding that the “disturbing stories” are not widespread.

'We did it right': Fired DHS cybersecurity chief says no foreign or domestic actors changed votes in 2020 election

Dr. Birx says Americans who gathered at Thanksgiving need to assume they're infected with COVID-19, get tested this week

NYC to reopen schools, even as virus spread intensifies

Sam Darnold’s return did not slow down the Jets’ tank

NYC to reopen schools, even as virus spread intensifies

WATCH: Residents stunned as fireball lights up the skies over Japan