Existing home sales bucked the trend in September (rising to highest since May 2006 as new- and pending-home sales slipped) and analysts expect it too catch down a little in October, but yet again, it surprised to the upside, surging 4.3% MoM (vs a 1.1% MoM expected drop), and September’s jump was revised higher to a 9.9% spike…

This surprise rise has pushed the YoY jump in sales to 26.6% – the biggest spike since Nov 2009

This is the highest existing home sales print since November 2005… 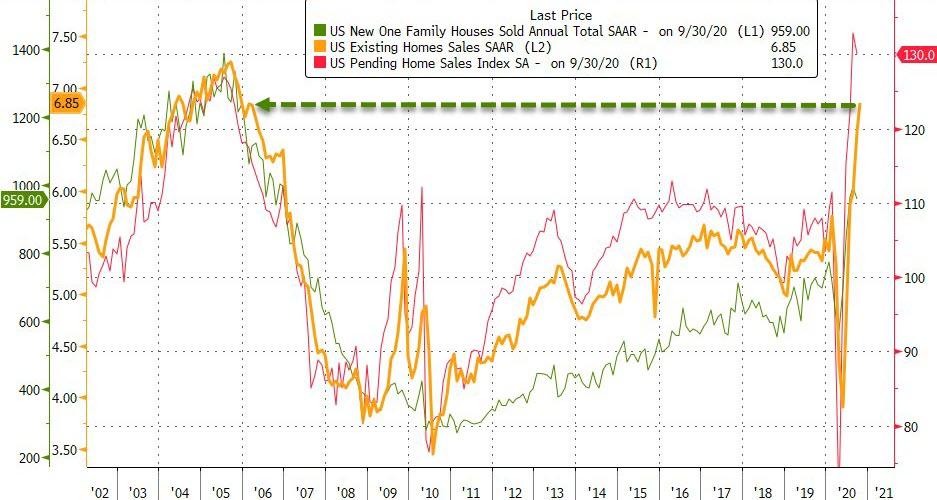 Christophe Barraud explains why the number was so ‘surprisingly’ good:

The median selling price jumped 15.5% from a year earlier on unadjusted basis to a record-high of $313,000, reflecting more sales of upper-end properties.

“It’s quite amazing, and certainly surprising me,” Lawrence Yun, NAR’s chief economist, said on a call with reporters.

“It’s quite remarkable given that we’re still in the midst of the pandemic and the high unemployment rate.”

Finally, we note that while homebuilder sentiment is at record highs (but building permits stumbled?), homebuyer sentiment remains low and has rolled over… 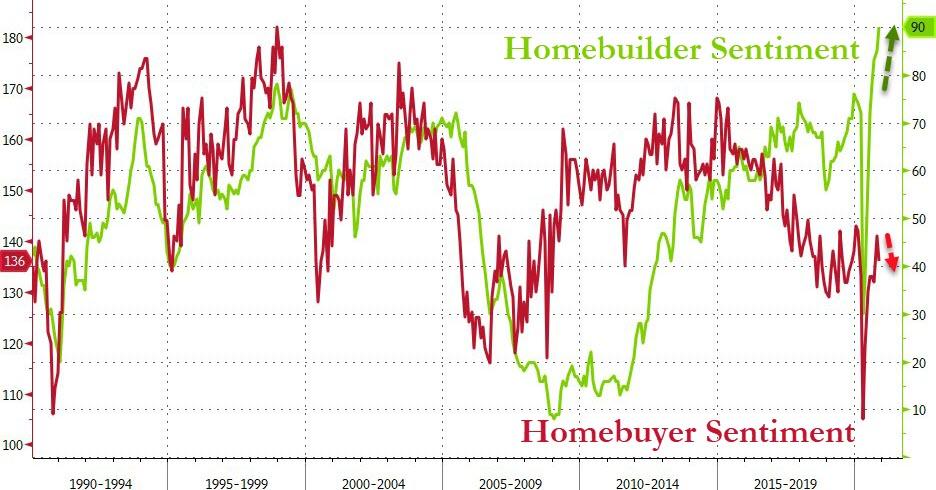 And don’t expect The Fed to come to the rescue with ‘rate-cuts’ anytime soon.